» GLAS will be winner with Super Gain.
by Promoney Today at 3:42 pm

» CSE - The World's best performer!
by Vishwanarth Today at 2:42 pm

» IS it right time to stick to warren buffett's most famous saying ???
by celtic tiger Today at 1:57 pm

» TRUE VALUE OF LANKA ALUMINUM INDUSTRY (LALU)
by Trading Jockey Today at 10:26 am

» Daily Foreign Transactions
by Promoney Today at 8:27 am

» Use the Ten Principles of Value Investing to spot value stocks in the oversold market
by EquityChamp Yesterday at 5:44 pm

» Investor sentiment - will there ever be a recovery?
by xhunter Yesterday at 4:19 pm

» The strong learn to hang in there and keep bouncing back until they win. Stock market for beginners
by Asoka Samarakone Yesterday at 4:04 pm

» Everybody talks about huge selling. That means there are buyers in the market to buy these shares. Stock market for beginners
by samaritan Yesterday at 4:00 pm

» Guardian Investment Trust (GUAR) could Sky Rocket
by RJ1010 Yesterday at 9:41 am

Justin Bieber wears what's comfortable -- it's as simple as that. The pop sensation rocked the red carpet at Dolce & Gabbana's Fashion's Night Out event in New York City, where he spoke about his own fashion choices, including women's jeans.

Bieber spoke to Life & Style magazine about his affinity for ladies' jeans. "I've worn women's jeans before because they fit me. It's not a trend; it's just, whatever works, works." Again, Justin says this isn't a trend, so if everybody starts wearing Not Your Daughter's Jeans, don't blame him.

Bieber was responding to a question about Kanye West's decision to wear a women's sweater. "It wasn't (so he'd) look like a woman in a sweater; it was just a regular sweater that happened to be a woman's."

An article from the Yahoo! Contributor Network points out that Justin and Kanye aren't the only male stars to wear women's duds. Actress Liv Tyler has caught her dad, Aerosmith rocker Steven Tyler, wearing her threads. Same deal with Zoe Kravitz of "X-Men: First Class" fame. Her papa, Lenny Kravitz, has been known to raid her closet.

The Biebs is no stranger to nontraditional styles, though he's not going to cross into Lady Gaga "meat dress" territory. At the 2011 Billboard Music Awards, Justin rocked an Elvis-like glittery gold dinner jacket. He's worn leopard-print shoes, oddly oversized glasses, and white leather with rhinestones (always a bold choice). And don't forget the women's jeans. You got a problem with that? 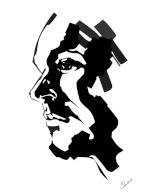