» SGH buys EXPO from retailers
by Maharaja Today at 5:20 pm 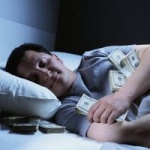 Ajith Nivard Cabraal (L), Head of the Sri Lanka Commonwealth Games 2018 Bid Committee, with members of his delegation in front of a replica of the Sports City.

Nov. 8 -- Ajith Nivard Cabraal, Head of the Sri Lankan delegation to St. Kitts for the bid to host the XXI Commonwealth Games in 2018, is optimistic that his country’s Sports City will be the international event’s venue.

Cabraal, who is the Governor of Sri Lanka’s Central Bank, led a team of 170 persons to St. Kitts on Sunday, ahead of Friday’s (Nov. 11) Commonwealth Games Federation meeting. On Monday (Nov. 7), the delegation set up an impressive small-scale replica of Sports City at the St. Kitts Marriott Resort’s St. Lucia Room. The actual venue is to be constructed for the Games, given a successful bid, and for long-term sports development in Sri Lanka.

The leader of the delegation said he was entrusted with the very important mission when Sri Lanka’s President, His Excellency Mahinda Rajapaksa, asked him to head the bid committee. Winning the bid would result in long-term and sustainable benefits for Sri Lanka, he told The Observer.

“It has been an awesome experience for us to put together this bid, and it has now come down to the wire. Hosting the Commonwealth Games in 2018 would not only result in a unique legacy opportunity of creating the new Sports City, it would also set the stage for Sri Lanka’s seven-year sports strategic plan and confirm recovery from the devastation of the tsunami and years of internal conflict,” said Cabraal.

The bidding has come down to Hambantota, Sri Lanka, and Gold Coast, Australia. Australia’s smaller contingent is set to arrive in St. Kitts later today.

Cabraal underscored the importance of having Sri Lanka host the international multi-sport event, saying it would inspire other small countries to aspire to hold the Games, as well.

Over its 20-year history, the games have been hosted 17 times by four major Commonwealth countries: Great Britain, Canada, New Zealand, and Australia. The only other countries to host the games are Jamaica, Malaysia, and India. The 2014 Games are slated to be held in Glasgow, Scotland, in Great Britain. There are 71 nations in the Commonwealth.

Athula Amarasekera, the designer/architect of the Sri Lanka Sports City, told The Observer it is “the most compact games plan the world has ever seen”. The completed Sports City will boast eight venues in an area that is only 1.2km by 1.2km.

“We want to make it a great spectator experience by making everything so close by, people can walk from building to building. Athletes can walk from their Games Village to each of the venues,” he explained.

Amarasekera revealed that the Sports City would be completed by 2016, and all venues and infrastructure will be built to the highest, state-of-the-art international standards.

Representatives from several of the Commonwealth member countries are currently in St. Kitts for Friday’s meeting, and the subsequent announcement of the winning bid.

Cabraal said he was treated to a bird’s eye view of St. Kitts as the chartered Air Sri Lanka jet was landing on Sunday. The Sri Lankan official described St. Kitts as “absolutely beautiful” and said he looked forward to experiencing some of the island’s attractions and sights during his brief visit.