» IS it right time to stick to warren buffett's most famous saying ???
by kasun_gimhana Today at 12:36 am

» GLAS will be winner with Super Gain.
by Promoney Yesterday at 7:29 pm

» Use the Ten Principles of Value Investing to spot value stocks in the oversold market
by EquityChamp Yesterday at 5:44 pm

» Investor sentiment - will there ever be a recovery?
by xhunter Yesterday at 4:19 pm

» The strong learn to hang in there and keep bouncing back until they win. Stock market for beginners
by Asoka Samarakone Yesterday at 4:04 pm

» Everybody talks about huge selling. That means there are buyers in the market to buy these shares. Stock market for beginners
by samaritan Yesterday at 4:00 pm

» Guardian Investment Trust (GUAR) could Sky Rocket
by RJ1010 Yesterday at 9:41 am

» CB to continue the current accommodative monetary policy stance
by samaritan Yesterday at 9:18 am

» Maharaja's Advice
by madukp Yesterday at 1:17 am

The Five Realities of the Stock Market

The stock market is often misunderstood especially during periods of high volatility. What we believe should be reality is sometimes not. Back in 2001, I wrote a special report called Peace of Mind in Uncertain Times after the beginning of the tech bust and also the fallout of 9-11. In that report I shared my 5 realities of the stock markets which seems quite relevant for any period of market volatility.

Reality #1: Markets will go down from time to time.
As obvious as this sounds, investors hope that markets never go down. Yet market drops are a reality and therefore the stock market has investment risk. This reality has been all to common over the past 10 years but there is a couple of reasons to remain optimistic about investing in the stock market.

Markets go up more often than they go down
Not only do markets rise more frequently, but they tend to increase in higher magnitude than the drops.

Consider some of the facts from the last 90 years,

In addition (courtesy of Rob Carrick of the Globe and Mail),

Reality #2: Markets typically rebound after down years.
There’s an old saying in investing: “What goes up must come down and what goes down must go up.”

When markets are down, investors tend to shy away from investing for fear of markets continuing to drop. However, they cannot drop forever.

Research suggests that markets tend to rebound after negative years. If we go back to the post war era, markets have only had back to back negative years 3 times in over 55 years of history (1974, 1970, and 1953).

The moral of the story is simple: The odds are in your favour that markets will rebound sooner than later (despite what your emotions tell you).

Reality #3: Times change but nothing is really different.
The current stock market volatility has been fostered by what we call the ‘US Debt Crisis’. The reasons for this set back may be different, but setbacks occur regularly for different reasons.

In 2008, It was the global financial crisis
In 2001 it was the bursting of the technology bubble
In 1997, it was the world currency crisis spurred from the Asian economies.
In 1994, it was the Emerging Market fiasco
In 1987, it was a result of financial panic and Black Monday
In 1973, it was the Oil Embargo
In 1962, it was the Cuban Missile Crisis
In 1950, it was the Korean War
In the 40’s it was the World War.

For as long as the stock market has been around, there are always bad things going on in the world that cause markets to jump around. The good news is despite all of this bad news, markets continue to go up more often than they go down.

In the future, it may not be debt, war, technology or currency but rest assured markets will once again go through bear markets, corrections, and bad times. After each of these bad times, markets turn around and exceed their previous highs.

In the end, the reasons markets change might be different but the realities are that markets change all the time. There will always be volatility, on the downside, and the upside. Remember when times seem to be tough, it will change and become prosperous once again.

Reality #4: Market movements are random in the short term and predictable in the long term.
We have learned to this point that the stock market moves in cycles. The obvious response is that if they move in cycles, we should be able to predict when these cycles occur ahead of time.

As much as we wish this to be true, the truth is nobody can predict the future of the stock market. Why? Because markets are random in the short term. The shorter the term, the more random the movement.

Try this exercise: For the next 15 business days (three weeks) try to predict where the markets are going to go the following day. To keep it simple, all you have to do is predict whether it will go up or down (you need not worry about how much). The chance of you getting all 15 days right is less than 1 in 33000. To put this in perspective, you have a higher chance (1 in 9000) that the Earth will be struck by a huge meteor during your lifetime.

Hindsight is easy but no one was able to predict when any of the corrections and bear markets was going to occur. It’s no different than being able to pinpoint when the markets were going to rebound and go back up. After it happens it will seem very clear and obvious, but it will be impossible to see it ahead of time.

The only thing we know for sure is that markets will go back up and exceed their previous highs. We just do not know when or how long it will take. Long-term markets go up even despite short-term drops.

Reality #5: Corrections and Bear Markets create excellent buying opportunities.
While psychology, emotions and sentiment work against you in trying times, it is important to try to ‘think’ instead of ‘feel’. In other words, is investing about logic or emotion? Solid investing has always been founded on logic. Poor investment strategies have always resulted from emotion.

We’ve already learned that markets go up and down but they go up twice as often and twice as much. Logically, when markets go down, the odds are in your favour to make money in the times ahead. 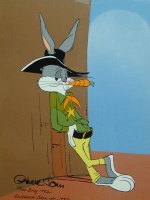 Written by Jim Yih in Investing

We’ve already learned that markets go up and down but they go up twice as often and twice as much. Logically, when markets go down, the odds are in your favour to make money in the times ahead.

as always thanks for sharing.

Re: The Five Realities of the Stock Market