» THE NEXT OPPORTUNITY - GET IN
by sureshot Yesterday at 1:02 pm

Stock Trader
Posts : 4
Equity Stars : 3903
Reputation : 0
Join date : 2012-01-24
Mackwoods Energy PLC is a Sri Lanka-based company, which is engaged in the provision of energy solutions covering a range of products and services. The Company offers an array of power solutions from India, Europe and China. It operates the Labookellie Mini Hydro Power Plant. The Company's parent undertaking is Mackwoods (Pvt) Ltd, which is a member of the Mackwoods Group of Companies. 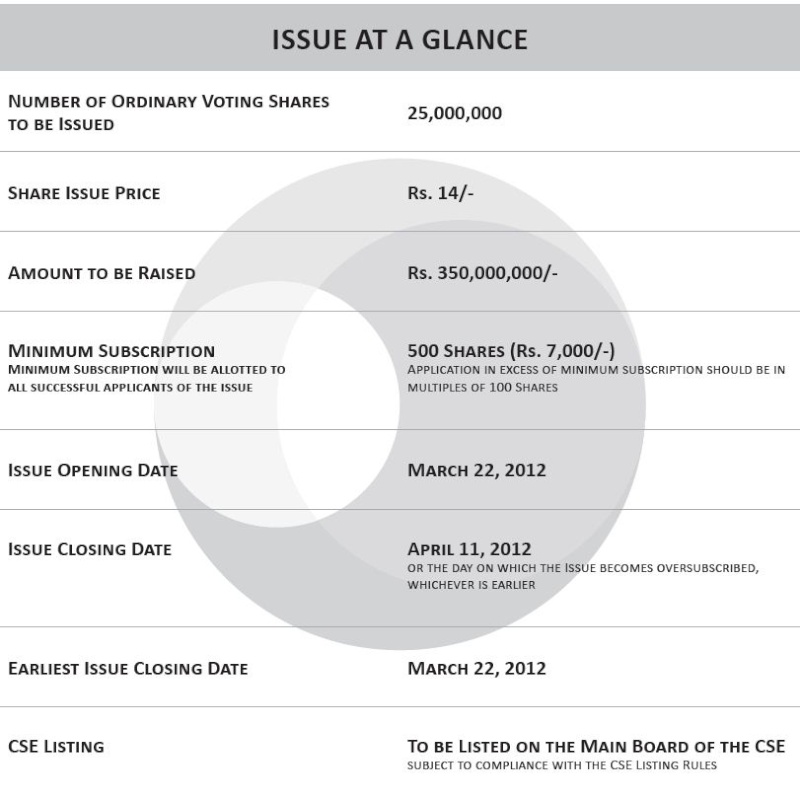 The issue, which opens on 22 March, will see 25% of the company’s shares vested with the public if fully subscribed to be listed on the main board of the Colombo Stock Exchange (CSE).

“Mackwoods is positioned as a total energy solutions provider with a presence in hydropower with 4000 power generators sold and serviced through a 17 dealer network,” Mackwoods Chief Executive Officer, Arjuna Yatawara said.

The 170-year-old diversified conglomerate which has a 42% presence in telecoms and 13% in plantations is going into power plants, marine engineering and marine power generation, newly supplying 2.5 Mega Watts to the national grid.

Is MEL growing so fast???
Why drop from 107.5 times to 2 times and then again up to 4.1 times?
Can they keep on growing at this rate or will it stabilize? Or even go down?
Isn't their income fixed in future (from CEB)?

Future needs to be looked at. Please add your thoughts. 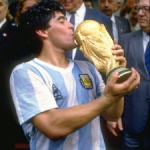 Is MEL growing so fast???
Why drop from 107.5 times to 2 times and then again up to 4.1 times?
Can they keep on growing at this rate or will it stabilize? Or even go down?
Isn't their income fixed in future (from CEB)?

Future needs to be looked at. Please add your thoughts.

Great Works... Thanks so much for valuable time spent on that and shared the summery which intestine

Company overview – Mackwoods Energy Limited (MEL)
Formally known as Mackwoods Engineering (Private) Limited, MEL re-strategised and repositioned itself as a total energy service provider having understood the rising demand for diverse sources of energy in the country. Company’s core products comprised of power generators, diesel engines, marine power generators and marine auxiliary engines to meet the power needs of customers in wide range of industries. Company intends to enter in to hydropower generation and the provision of solar and wind power solutions among many other business ventures.

Thermal power solutions: MEL attends to wide variety of power needs of customers in divers industries through its diesel and LPG powered generators series. Generator product portfolio ranges from 5kVA up to 6.2MVA and these are adhered to best industry norms which give MEL an upper hand over its competition.
Company sources its power generators from Kirloskar Oil Engines Limited (KOEL), India and Kohler Power Systems, USA, co-branded as ‘Mackpower’. Islandwide dealer network across the country delivers a wide spectrum of services starting from on-site installations to routine services.

Company marked its international foot print through its expansions to Maldives islands and Haiti. MEL’s ‘Mackpower’ branded generators are heavily used by telecommunication and leisure industry in Maldives while generators are deployed In Haiti with the UN-Sri Lanka peace keeping forces.

Hydro power generation: MEL plans to venture in to construction, rehabilitation, upgrading and operation of small hydro power projects (SHP) within the estates in Nuwara Eliya, Kalutara and Ratnapura Districts. This will include upgrading of four existing SHPs and construction of new SHP.

Rs. 175 m raised through the IPO will be utilised for this purpose while rest of the fund requirements will be met by debt and internally generated funds.

Financial review
Leveraging on its dominant market presence, proven track record of value added services, increased performance in key sectors of the economy, MEL recorded a massive 235.1%YoY growth in its top line for 1HFY12. This significant growth in the top line has uplifted the earnings during 1HFY12 to Rs. 41 m by leaping 361.3%YoY. In fact company earnings for 1HFY12 were two times the earnings for FY11. EBIT margins and net profit margins were 44.5% and 31.3% respectively.

The momentum in the revenue is expected to continue in a more stable pace in the future given its established brand presence as a total energy solution provider within its target customer base. New product lines and hydro power generation will be key revenue drivers while ex-stock business, direct indent commission income and service income will see an exponential growth.

In addition enhanced economic performance in the country specifically the north and eastern provinces will form a solid platform for the top line growth of the company. As per capita power consumption closely corresponding to the GDP growth and per capita income we expect demand for energy sources to steadily grow along side with the overall economy.

In addition, gross profit and net profit margins are expected to be held in healthy region. Yet we are conservative about the margins in the atmosphere of depreciating rupee and rising fuel costs. Even though increased cost is passed down to the customers, demand for energy related products such as generators might be affected in the short to medium term. This could happen in a way of customers delaying their expenditure on construction and related machinery which determines the top line of the company.

Private placement
In an environment of rising volumes, company purchased a commercial property from Mackwood holding company to be utilised as a warehouse. Total consideration was Rs. 205.4 m, which was settled by MEL issuing 14.6 m shares at a price of Rs. 14 (same as the IPO price) to ML as a private placement in 30 September 2011.

As per the directives issued by the SEC with regard to private placements, 14.6 m shares issued to ML is subjected to a lock in period of one year from 30 September 2011 to 30 September 2012.

Recent IPOs came under fire from investors who subscribed for private placements (sometimes even at a lower price compared with IPO price) dumping shares once secondary trading commence. Risk of this scenario happening in MEL’s case is remote as,
Private placement was fully subscribed by the ML, which is the parent company of MEL
Due to the lock-in period privately placed shares would not be available for sale until Sep 2012
Private placement was carried out at Rs. 14 same as IPO price.

Revenue stream coming from new product lines and hydro power sector will uplift earnings starting from FY13 and FY14. Hydro power business model is such that its gap between investment and earnings generation is comparatively longer which has a one or two-year lag until bottom lines are affected. Further thermal power sector will yield steady earnings which will go in line with the economic growth of the country.
Hence, for a rational investor with a long-term perspective, MEL’s IPO price is justifiable and we recommend SUBSCRIBE.

It is worth to mention that public holding of MEL will be 25% post IPO which will have a value of Rs. 350 m (at IPO price Rs. 14). Thus given the public holding which results in comparatively lower liquidity, it is possible that price of the share be subjected to sharp price movements in the short term. In addition overall market sentiment will be a deciding factor of momentum for the short term price movement in MEL.
http://www.ft.lk/2012/03/20/lanka-securities-recommends-mackwoods-eng-ipo-as-buy/#more-77354

K.Haputantri wrote:According to Expert- (pre) IPO P/E (from above:) (is) 17.07. Going by the current market PE is this share over valued? Please give your valuable comments.

It is more expensive , after IPO PE will be 23.Imagine the market PE is 11.
100% times over valued.
But every time financial Advisors will say "RECOMMEND"

K.Haputantri wrote:According to Expert- (pre) IPO P/E (from above:) (is) 17.07. Going by the current market PE is this share over valued? Please give your valuable comments.

It is more expensive , after IPO PE will be 23.Imagine the market PE is 11.
100% times over valued.
But every time financial Advisors will say "RECOMMEND"

That their job... they have to sell the product.. simply not saying buy because they know the situation and says RECOMMEND....We have to think before buying...

have u guiz go throuhgh their B/S?

they do not have enough assests..

not attractive valuations.bt their brokering firm CALDrige ,can push the share

"10.2 Capital Restructuring
Given below are details of the steps taken by MEL prior to the IPO in order to restructure and strengthen its
capital base.
10.2.1 Sub-division of Shares
The Board decided to sub-divide one (01) existing Ordinary Share into one thousand two hundred and seven
(1,207) Ordinary Shares on August 29, 2011 in order to increase the number of Shares with a view to improve
the liquidity"

A (substantial) sub-division of shares had taken place August last year.
? Any effect that would have on the share price when trading begins. Pl. comment.

The company offered 25 million shares at Rs. 14 each.

The final subscription amount as well as the basis of allotment will be notified next week.

It was the second IPO for the year and was recommended as subscribe by most of the brokers.
http://www.ft.lk/2012/03/23/mackwoods-energy-ipo-oversubscribed/ 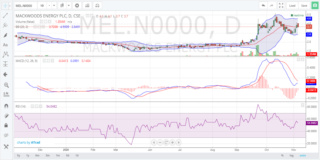