New locations established in areas including Ampara, Kuliyapitiya, Maharagama, Matara, Puttalam and Wennappuwa expand the company’s reach across the country, bringing its benchmark superior levels of service and expertise within easy reach of its steadily increasing island wide customer base.


“The addition of the new branches and service centres brings the Company’s presence to 27 locations islandwide, a remarkable achievement within just three years of embarking on a new corporate direction, and testament to the company’s success”, pointed out Mr. Roshan Egodage, the Company’s CEO.


“We’re now fully geared to serve the people of these towns and adjoining areas with a bouquet of products and services. Among them are Fixed Deposits, Leasing, Hire Purchase, Gold Loans, Real Estate, Personal Loans, Education Loans and Micro Finance”, he added.


Under Mr. Egodage’s visionary leadership, the talented and dedicated team of Commercial Credit, from the most senior managers to the most junior members, have all contributed to delivering phenomenal growth and profitability. Commercial Credit’s success has won it the respect and acclaim of the entire finance industry. It is also clear that the company has won the trust of the public of Sri Lanka. This is amply demonstrated by the remarkable growth in the Fixed Deposit base, increasing by almost 75% over the last twelve months.


“This success”, Mr. Egodage pointed out, “is no accident. It is the result of industry and diligence, and a corporate bent on motivating and challenging the company’s staff to deliver their best while adhering to the values of the company, thereby ensuring one of the highest performances and service levels in the industry”.


Following the increase of its island wide presence to 27 locations, further expansion plans are in the pipeline as the company pursues its goal to becoming one of the leading players within the financial services sector in Sri Lanka.
http://www.adaderana.lk/biznews.php?nid=494

It is usually reserved for special announcement 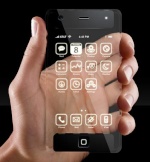