» UNHCR Fear is over 21 countries speak for us only 15 against
by Vishwanarth Yesterday at 11:14 am

A fool and his money are soon parted

A fool and his money are soon parted

@zen wrote:It's a great lesson for all of us. But there'll be people like this forever.
http://www.gossiplankanews.com/2012/09/how-lottery-winners-go-broke.html#more

I know a person who got more than 9 million by selling a house in Colombo, which they got almost free from the owner at that time due to the "Rent act" introduced by Sirima Govt, today lives in a rented room without his family even.
What happened to that 9 million is still a secret to his family even?

Here is the UK version.

A former binman, Carroll won £9.7 million[1] (then US$15.4m) on the National Lottery in November 2002, aged 19. He enjoyed a celebrity status for a time in the British media as the self-proclaimed 'King of Chavs', a phrase that he emblazoned on his black Mercedes van. He spent his multi-million fortune on illegal drugs, gambling, and prostitutes over the next few years before declaring bankruptcy and returning to the £42 a week in jobseeker's allowance he had been claiming before.He has since made two suicide attempts. 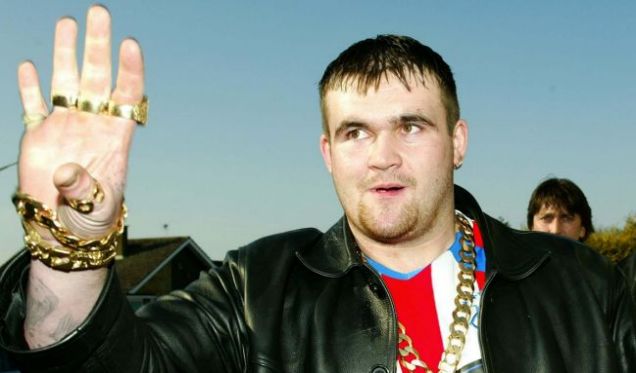 I know a Similar story happened to another Lottery winner in Sri Lanka.

The person was a "Iskole mahaththaya" living a normal life in a village between Galle and Colombo. He had a nice good looking wife , teaching in the same school. With 3 kids they were enjoying respectable and easy life. They had 2 or 3 acres of cinnamon and half acre paddy . He had a motorbike and a "landmaster" used for his cinnamon and paddy works.

All of sudden, one day he became the first in SL to win the biggest fortune , 40 million Shanida or Sanwardhana lottery. ( Koti hatharak)

Rest of the story is almost same. Irrespective of the place or race they all seems to be followed the same path for destruction.

He bought a new house. A vehicle + driver. Resigned from teaching job comparing his wealth to his salary.

Lot of new friends arrived to the scene. He became the leading person in all the occasions in the area.

New friend introduced new things to him.
Sir, Koti pathiyek unama loku mahaththuru winodeta ena than walata yanna ona. There were always 10-15 people around him , some became self appointed body-guards . He readily spent lot of money for his team.

One day , in a night club a nice looking young girl was introduced to this millionaire Iskole mahaththaya. As always, the friends taught him " you must enjoy the life sir. "
After this incidence his main business was exploring this newly found pleasure. You can imagine how these well trained girls handle him to suck his . . . . .. .. I mean money.
From that day his old fashioned, cultured wife was nothing to him.

Within 3 months he divorced his wife , chased her away and married a young chick.

Meantime, self appointed economic advisers flooded new ideas to him. "Why do not you become the leading businessman of South?" , "We can buy few factories , thousands of girls and men under you ..... ", "you can easily beat that .... mudalali" etc.

He bought few factories and lands using about 2o million left with him and the banks provided rest as loans without any question.

He appointed his "Akkage kolla, massina "and friends to the management. Without much difficulty they were able to "turnaround" the profit making entities to loss making rubbish.
Banks sued him for defaulting.

To make this short, I can write, within very few years of time he lost everything, he had to sell even the 3 acres his ancestors cinnamon land , his house and everything to pay back his loans. Still he was in debt to some people and to some banks.

I do not know what happened to him thereafter.
Someone told me he works as a labourer in his own lands , unable to do hard work, most of the times given small jobs like weeding and collecting cinnamon leaves etc.

His ex wife, who was a very kind and nice woman, unable to live there after he divorced her, went somewhere with her kids. Her teaching job supported her to raise the children .

Thanks .
Really a good one.

This is a lesson for all.

This is simply they have no idea how to manage money. Rich people know what money is and how to keep money with them. There are 1000 of Famous stars in Western world who lived like kings at the age of 25 and became beggars later . Even they kept money with out investing, By now they own very less amount in term of real money. So it is a kind on game which we don't learn in Schools.

read the book Rich Dad and Poor Dad By Pro. Kiyosakia..........
Re: A fool and his money are soon parted