» AAIC Next multibugger- destnation beyond EXPO.
by Equity Win Today at 10:06 am

» GREAT OPPORTUNITIES FOR EVERYONE-
by ADVENTUS Yesterday at 5:12 pm

» LOLC to enter the giant Indian Market
by samaritan Yesterday at 4:52 pm

» Buy lofc tomorrow - Maharaja
by Anushka Perz Yesterday at 12:59 am

Turnover grew 12 per cent to Rs 34.8 billion and profit before tax was Rs 2.1 billion, a growth of 51 per cent over the Rs 1.4 billion (excluding capital gains of Rs 2.1 billion) recorded in the corresponding half of last year.

Net profit for the six months, at Rs 1.4 billion, also compares well with the Rs 1billion PAT (excluding capital gains) in the first half of 2011-12.

"We are pleased to note that all our major sectors recorded growth during this half. Sectors such as Purification, Hand Protection, Plantations, Transportation and Logistics and Power and Energy have seen very significant earnings growth compared to the previous year, in spite of tough conditions in key export markets," commented Hayleys Chairman Mohan Pandithage.

Fibre and Textiles, two previously under performing sectors, posted profit before interest and taxes (PBIT) of Rs 231.8 million and 27.2 million respectively, the latter recovering from an operating loss of Rs 271.7 million in the corresponding six months of last year. Hand Protection, without the benefit of capital gains generated in the first half of last year, contributed Rs 670.3 million to PBIT, while Purification Products' contribution of Rs 719.9 million was more than double its contribution in the corresponding six months of 2011-12. Transportation & Logistics, Plantations,Construction Materials also significantly improved their contributions to PBIT.

"We remain bullish on prospects for the rest of the financial year. Further, we expect the re-opening of the newly refurbished Ceylon Continental Hotel in the third quarter to boost the performance of the Leisure and Aviation sector," Mr. Pandithage said. 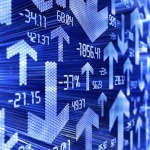 sriranga wrote:Interim Financial Statements for the period ended 30-09-2012 of the following componies have been uploaded on the CSE website.

Thanks this realy is helpful ...thanks a lot

Q2 2012/13 was extremely challenging for the Healthcare sector, which reported revenue of Rs. 1.3 billion and a PAT of Rs. 49 million.

The Healthcare sector had a healthy YoY revenue growth of 22% to report Rs. 1.3 billion for Q2 2012/13. Pharmaceutical sales increase was the primary contributor to this growth, with very encouraging results also for Wellness/OTC sales. Challenges in surgical and diagnostic sales led to lower PAT of Rs. 49 million. Retail sales through the Healthguard pharmacy chain have also been positive for the quarter. FMCG sector revenue grew 14% to Rs. 445 million with a healthy 49 million PAT contribution despite strong competition in the market place during the quarter under review.

Another key contributory factor for increase in profitability was the Plantation sector PAT of Rs. 344 million in the period as opposed to a loss of Rs. 37 million that was recorded in the comparable period.

Sunshine Holdings PLC Chairman RienzieWijetilleke said: “The Group’s business model is sound and all key business segments of the Group are expected to perform satisfactorily for the rest of the year. Long-term prospects remain intact as we are well positioned to capture the growth in demand in palm oil as well as our FMCG and Healthcare business despite challenging near term operating environment.”

Sunshine Holdings PLC is a diversified holding company, with interests in Healthcare, Plantations, FMCG, and Renewable Energy, among other growth industries. The group’s key portfolio comprises of plantation infrastructure across palm oil, tea and rubber, along with mature Healthcare products in pharmaceutical, surgical, diagnostics and wellness, supported by a dynamic proprietary distribution infrastructure with islandwide reach. Sunshine Holdings’ fast growing FMCG company is also the No. 2 branded tea company in Sri Lanka.

NOTE - Results are provisional and unaudited.

John Keells Holdings is the market heavyweight on the Colombo Stock Exchange and is among the most liquid stocks on the bourse, making it a favourite of offshore investors.

The bottoline was helped by a 21 percent growth in gross profits to 4.5 billion rupees and other income which rose 332 percent to 835 million rupees.

Chairman Susantha Ratnayake told shareholders that transportation, which includes a container terminal in Colombo earned pre-tax profits of 1.02 billion rupees, up 57 percent from a year earlier.

"Sri Lankan Resorts and Destination Management were adversely impacted as a result of a disappointing summer," Ratnayake said.

"However, the impact of lower occupancies was somewhat offset by higher average room rates.

"We continue to reiterate the importance of a focused, Sri Lanka centric, destination marketing strategy to attract the relevant visitor segments in ensuring year-round occupancies and yields which justify continued investment in this industry."

"During the quarter, both these businesses continued to invest in enhancing market penetration for their respective products."

The division had bought D & W Foods with a 1.02 billion rupee cash call.

Financial services, which includes commercial banking, insurance and stock broking had earned 323 million rupees before tax, up 21 percent from a year earlier. Union Assurance had made a cash call to meet regulatory capital.

Information technology had made pre-tax profits of 56 million rupees up 17 percent from a year earlier, helped by outsourcing.

Others including plantations services had earned 620 million rupees including capital gains from divestment.
http://lbo.lk/fullstory.php?nid=401172663