» SGH buys EXPO from retailers
by sureshot Today at 5:21 pm

» Buy lofc tomorrow - Maharaja
by ADVENTUS Today at 11:47 am

» US inflation eased slightly in July
by ADVENTUS Today at 11:25 am

» Pakistan stocks surge on IMF Staff level agreement - CSE is warming up for the big run
by samaritan Today at 11:16 am

Indices closed higher on Tuesday as Ceylon Tobacco Company dropped from its all-time high price and John Keells Holdings gained more than 0.6% whilst LOLC also gained more than 7% during a late rally. Asiri Central dominated turnover with a negotiated deal which accounted to almost 50% of the day’s turnover. Apart from that deal, blue-chips continued to dominate proceedings with plenty of private deals.

On Wednesday, profit taking on many blue-chips during late trading caused the indices to lose marginally. However, yields on treasury bills fell further in today’s auction which will help to improve the condition of the stock market. Private deals on Asiri Hospitals and related parties transacted today as well whilst a Dialog saw selling pressure towards the close of trading.

Profit taking on John Keells Holdings and Banking sector stocks sent the broader index into negative territory on Thursday but Distilleries saw continued interest from retail and as well as institutional investors. Retail participation continued to be muted whilst private deals on blue-chips helped to bolster turnover.

Indices managed to close higher on Friday helped by gains on Sri Lanka Telecom, Distilleries and few banking sector counters. Profit taking was evident on John Keells Holdings which has consistently gained ground during the past few weeks. Retail interest was seen picking up today as accumulation was seen on many
mid-capped counters.

Cash map for today was 56.15% which is slight drop from yesterday. Foreign participation was 30% of total market turnover whilst net foreign selling was Rs. 14Mn. 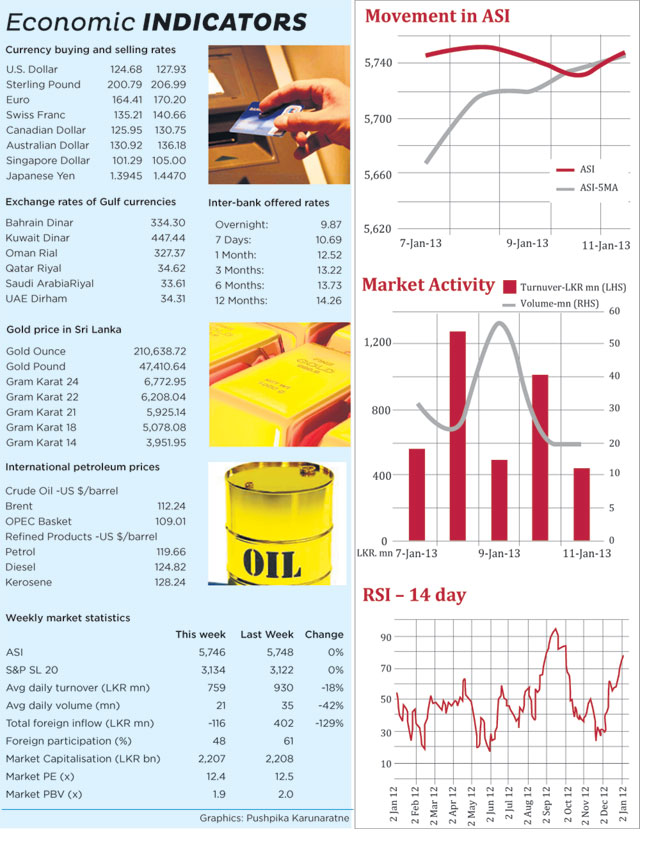 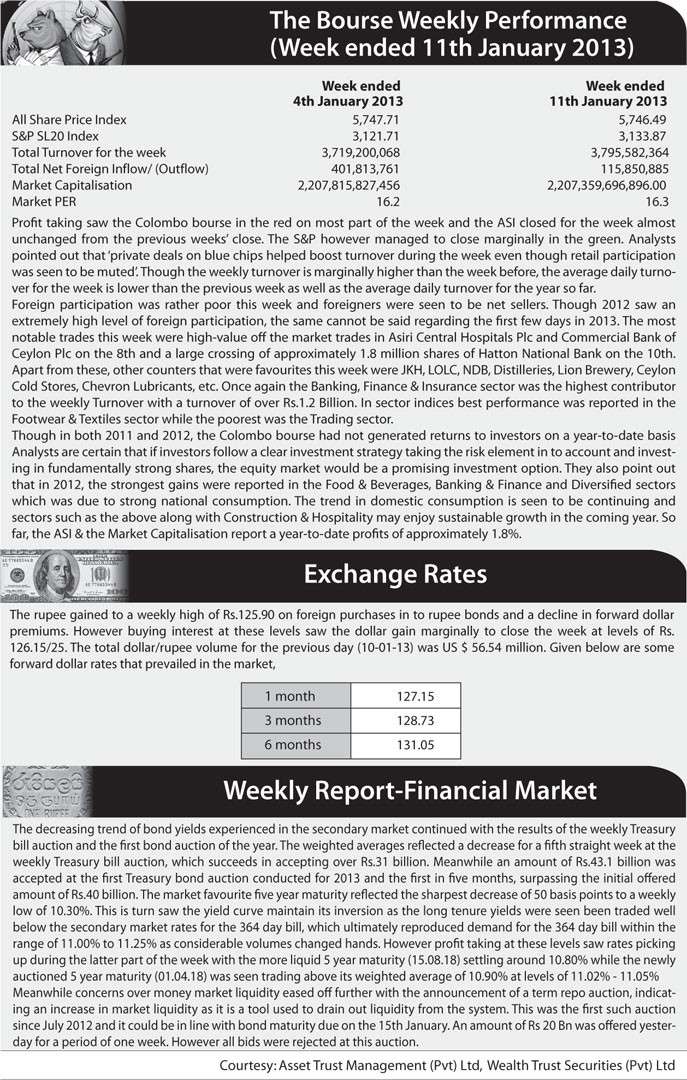