» ELPL-WATA-UDPL
by Maharaja Yesterday at 10:46 pm

» Global supply chain crisis bites in US cities as store shelves empty with rising demand
by samaritan Yesterday at 10:51 am

Asian insurance giant AIA yesterday announced a voluntary offer worth Rs. 927 million to acquire the remaining 7.7% stake in its listed Sri Lankan entity on the basis of Rs. 400 per share.

The move sent AIA Insurance Plc (formerly Aviva NDB Insurance) share price rise to an intra-day high of Rs. 338 before closing at Rs. 333.40, up by a sizeable Rs. 38.40. The 13% gain saw AIA top the list of percentagewise gainers yesterday. Last week the share price rose by Rs. 3.90, whilst the 52-week highest was Rs. 448.90. In what was the biggest deal last year, AIA paid $ 108 million to acquire control of Aviva

The unconditional voluntary offer was to acquire 2.3178 million shares or a 7.7% stake in the listed entity.

The highest price paid by AIA as part of its overall was Rs. 349 per share on a block of 1.5 million shares of 5% stake in December. Via the holding company, AIA acquired a 87.3% stake previously.

Asia’s largest insurer and fifth largest by market capitalisation, AIA said the voluntary offer was appropriate for three reasons. One was that it expects the future business plans of AIA Insurance may need additional capital from time to time and which would not be supported by the expected profits and other assets held by AIA Insurance. Hence AIA may make additional capital contributions to fund the business plans and shareholders that do not take up any pro-rata rights entitlements as part of any future equity rights issue may find their equity shareholdings diluted on a progressive and continuing basis.

Another reason is that given AIA’s focus on enhancing growth and returns from AIA Insurance, it expects to reduce the levels of dividend payments to shareholders of AIA Insurance going forward in order to utilise available excess cash flow to reinvest in the business to support growth plans. As a consequence, those shareholders who have historically relied on AIA Insurance as a regular dividend paying security may find the levels of expected dividends significantly lower in the foreseeable future.

For 2012, AVIVA NDB Insurance declared a total dividend of Rs. 75 million (at Rs. 2.50 dividend per share) versus Rs. 270 million in the previous year in line with the future growth strategies of the company.
AIA also said subject to legal and regulatory requirements currently in force or as applicable in the future and having obtained all regulatory approvals, it would proceed to a delisting of AIA Insurance from the CSE.

“This is consistent with the target operating model followed by AIA Group Ltd., the parent company of AIA, which would normally involve holding its insurance operating units as wholly-owned private companies wherever possible and permissible, while only the ultimate parent company would be a public listed company,” AIA said.

The likely delisting announcement comes amidst a directive from Insurance Board of Sri Lanka (IBSL) that all insurance companies must be listed on the CSE apart from segregating Life and General businesses into separate companies by 2015.

As per the unaudited results as at Q4, profit after tax for AIA Insurance grew from Rs. 694 million in 2011 to Rs. 773 million in 2012. The investment income was close to double, increasing from Rs. 2,771 million in the previous year to Rs. 4,028 million. Life new business premium achieved an admirable Rs. 2,128 million and Gross Written Premium was at Rs. 6,496 million. The Life surplus declared was Rs. 195 million. General insurance performance in 2012 was outstanding, delivering a positive underwriting result of Rs. 53 million.
AIA Group comprises the largest independent publicly listed pan-Asian Life insurance group in the world. It has operations in 16 markets across the Asia pacific.

Huynh Thanh Phong, who took over the Chairmanship of the company after the acquisition, said: “AIA believes that doing the right thing, in the right way, with the right people is the key to realising opportunities and sustainable growth. I believe our company is in very good shape to meet the opportunities in 2013 and beyond.”

He further reiterated: “We have top quality talent in our people, we are a more focused business, our Board has been refreshed, and we are enthusiastically executing a clear strategy for delivering value for our business partners, wealth planners, employees, shareholders and our customers.” 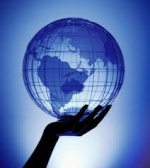