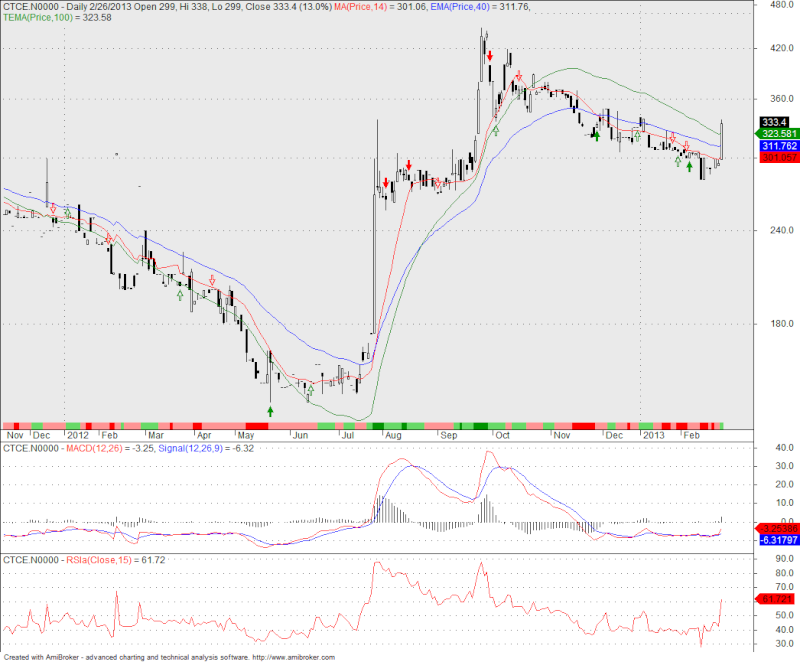 See the above, indicators are poised up to take this to next level

Note - the entire article is not listed.. Just some news for discussion

Asian insurance giant AIA yesterday announced a voluntary offer worth Rs. 927 million to acquire the remaining 7.7% stake in its listed Sri Lankan entity on the basis of Rs. 400 per share.

As per the unaudited results as at Q4, profit after tax for AIA Insurance grew from Rs. 694 million in 2011 to Rs. 773 million in 2012. The investment income was close to double, increasing from Rs. 2,771 million in the previous year to Rs. 4,028 million. Life new business premium achieved an admirable Rs. 2,128 million and Gross Written Premium was at Rs. 6,496 million. The Life surplus declared was Rs. 195 million. General insurance performance in 2012 was outstanding, delivering a positive underwriting result of Rs. 53 million.
AIA Group comprises the largest independent publicly listed pan-Asian Life insurance group in the world. It has operations in 16 markets across the Asia pacific.