Hey Chinwi...Your Analysis is good...but look at How A.C. Seneviratne - a common director had authorised to pull out money from Anilana to other entities...Page 85- 87..Related party Transactions.Anilana group yet to receive Rs.287.3 million and Anilana company alone yet to receive Rs.581.5 million from others in big time.

Sampath Bank had lend over Rs.531 million on two Mortgage Bonds for Nilaweli land and Passikuda land of Anilana.

-Although the war was ended in 2009 with Ceylinco crisis that had over 100 realestate companies Sri Lanka's land sector didn't appreciate much, 2008 at the peak of Primary Mortgage Crisis a perch at Kollpity-Collpity was Rs.7.5 million then in 2009 it came down to Rs.3.2 to Rs.3.6 million but now again at the Rs.7 million rate.-

Average Sri Lanka's Land appreciation value is considered to be only a 20% increase after the war...ask from Overseas Realty and Havelock City and Prime Lands.

On the other hand East Coast still doesn't even have elctricity completely only some main areas have road access and not many amneties...I have personally visited.

Beauty is... former Ceylinco Group owned Ceylinco Investments Corporation Ltd - a company that accepted fixed deposits from High Net-worths without a finance license for real estate projects of Ceylinco is now under Asanga!

Some insiders from Nation Lanka says he (Asanga) has unethically transfered the ownership of Millenium City (Millenium Developers) one of the biggest real estate projects of Ceylinco (owned by former Ceylinco Finance now Nation Lanka) to himself.

My intention was not to whitewash any person or the issue itself.
I wanted to give different point of view and to show the over valuation of lands is not affecting in the mammoth way we think due to issuing of 100 million shares later.

Yes, the land prices valued at exorbitant rates are not realistic. I have no updated info but when we tried to buy beachfront lands at Kalpitiya they asked us many laks per perch. The same land was offered @ 30,000 before 2009. Now I think the prices have come down sharply to original level.

By the way, there are other hotel stock with partly built buildings trading below asset value and at 50 % discount to IPO value at the moment. ( CITW)
Even CITK is more attractive to me .

One article said Mr. AS bought some of the lands in 2005 where people sold lands for bananas. So the revaluation will be much higher than we expect. No point of blaming him that is his talent and the visionary thinking.

As per the article Mr. AS and his daughter was the first to visit these was affected areas after 18th may 2009 with the intention of buying beach lands. Any way now they reap the benifit and sooner will become the major shareholders of a reputed hotel chain.

• Subsequently there has been a share split and the number of shares of the company has been increased to 329,341,100.

The problem is under new companies law you can manipulate price. and number of shares and make it lok as as you are issueing at the same price as there is no par value per share.

The discussions going on prove the value of this forum for "analytic" investors. After the ACAP IPO these discussions took place as "post mortem" discussions. By which it was too late.

Am really happy to see these facts come out before the IPO.

However lots of investors will be seduced by the big talk and the attractive prospectus (emotional investors) and give the IPO an over subscription.

?What would be the fate of IPO buyers when cost of pre-IPO share is Rs:4/= , 1/3 of IPO price. May be one can buy the same below IPO price later.

Did we take count of the debts to be paid to the banks?

Where were you all this time?

I hope you will contribute more with likewise analysis for other shares.

• Subsequently there has been a share split and the number of shares of the company has been increased to 329,341,100.

The problem is under new companies law you can manipulate price. and number of shares and make it lok as as you are issueing at the same price as there is no par value per share.

It is surprising that the privte placement investors have not monitored how the proceeds were used. It looks like a large share of the private placement monies were routed to other group companies. can we expect the proceeds of the IPO to be used in same manner ? 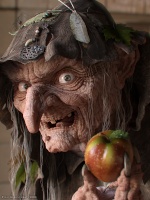 By the way no matter how many shares any company issues...the owners of a company don't have to personally put them.They only have to pay the Stamp Duty for Inland Revenue and relevant charges for company registrar.

2006 Amendment to Stamp Duty act notes that for every Issue,Transfer or assignment of any
shares of a company the owners have to pay only Rs. 5/- for every Rs. 1000/- or part
thereof.

That means for an one billion worth of shares Assanga had to pay only Rs.5 million as stamp duty and charges for secretaries to raise capital.So for Rs.2.5 billion it will only be Rs.12.5 million stamp duty.

I’m not interested with this IPO only because of short to medium term earning potentials.

I am skeptical about those " දෙන්නම් කජු " kind of share offers.

This is a investment take at least 5 years to bear fruit. If you are bullish on hotel stocks, there are plenty of hotel chains with open doors than bare lands.
If you take KHL and value their land,building,brand name they built over the years,KHL worth much more than Rs 13. why do you buy anilana??just because of land value!

I wonder whether what is the rationale for Anilana to give the shareholder list as at some date in February, when financials are given for March 31 and the Prospectus is dated June 2013.

Burpy wrote:I wonder whether what is the rationale for Anilana to give the shareholder list as at some date in February, when financials are given for March 31 and the Prospectus is dated June 2013.

In few years time whether we can expect like another PCHouse chain stories?

It's is an IPO for larger investors who want a stake in a firm that caters for Eastern coast properties.

The increase in shares would have been a mechanism to reward initial shareholders without paying out dividends.

I would see it as a good trading opportunity in the first year since majority of the shares are locked up... hence wouldn't be like SEXPO ... sorry EXPO

yes. do we have another Dilith Jayaweera ?

Marketwitch,
Thanks for the valuable info.
Seems like the IPO was rejected by previous SEC management.

gamaya wrote:Marketwitch,
Thanks for the valuable info.
Seems like the IPO was rejected by previous SEC management.

Do you know who is this witch ?

I have some reason [personal reasons & lack of confidence of the information of this IPO] to stay away from this IPO!
GL! for all who will subscribes!

well analised guys ! gud to see the forum wrking together to educate the rest on the matter ! better put the word out there so the poor investers will not burn their fingers ! great job guys ! i will buy the share when it comes to the market when its around rs 2/= may be below rs 2/= !

gamaya wrote:Marketwitch,
Thanks for the valuable info.
Seems like the IPO was rejected by previous SEC management.

Do you know who is this witch ?

No idea Chinwi, Do you?

Better to wait for some time...with all IPOs, you dont want get stuck on the TOP know.
Patience is the KEY.
Etakan UNA Bata
TAH

As i said before share is worth rs2/= wait for your price ! you may be able to buy it below as well.

Agreed Its not worth but in first trading day or early morning on that day it will run. May be 14  I guess and Im not subscribed...

Are we Ready for the tourism boost!!!!!

I feel it will go up and in such a scenario, retailers didn't buy this from IPO don't buy at higher price now... Be careful

What is the IPO price?