» SEMB the ASPH
by soileconomy Today at 9:31 pm

» Browns bullish on investments in local, international hotels
by SAGA Today at 8:23 pm

Dhammika gears up for gaming kingship

* Plans to lure one more US or Asian gaming brand for the second licence and build 500-700 room integrated resort also at D.R.Wijewardena Mawatha which will also have James Packer-Ravi Wijeratne’s Crown Colombo

* Third licence committed to JKH’s $ 650 m Waterfront project; Dhammika’s existing brands of Bellagio, Bally’s and MGM will be phased out

* Industry believes when operations of four new brands including Crown in full swing, 1 m more tourists could be drawn, with gaming specific visitors accounting for 40% owing to direct marketing 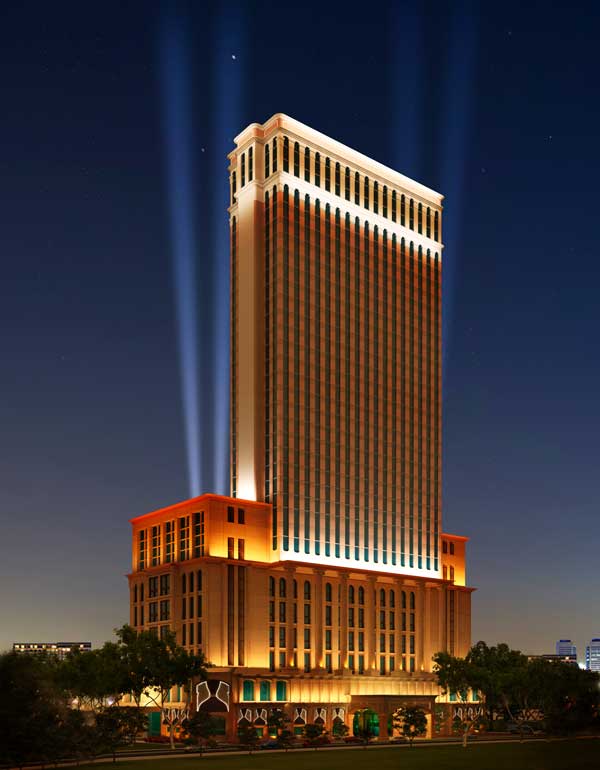 Having shot to business leader status from the origins of gaming industry, Dhammika Perera is now gearing to take his empire to a new level, a move that is likely to re-profile the country’s leisure and entertainment scene for the better.

Dhammika has already submitted his application to the Board of Investment to set up what will be his flagship business venture to date – the $ 350 million Queensbury Integrated Resort and Casino.

Located on a two-and-a-half acre property down D.R. Wijewardena Mawatha, Queensbury will stand 40 floors tall and have 500 luxury rooms, multiple ballrooms, a mini-convention centre and a shopping mall among others. Inputs from Mike Hong, the world-famous designer of Las Vegas Ballagio, have gone into the planned Queensbury. The new venture will generate 2,800 jobs.

A spokesman for Vallibel Group told the Daily FT that construction of Queensbury will take about two-and-a-half years and the venture will be championed by Vallibel Leisure and a few other Group companies. A mixture of local and foreign equity and debt is being firmed up at present. The choice of Queensbury is an extension to Dhammika’s flagship hotel via Hayleys The Kingsbury in the city, for which Rs. 2 billion was invested.

Having set up his gaming business in 1993, Dhammika at present operates at three approved locations under the brands Bally’s, MGM and Bellagio. The other operator is Ravi Wijeratne-owned Rank Holdings’ Stardust/Marina Grand brands.

The spokesman said the Government’s policy has been not to issue any new licences but formalise the four operations which have been in existence since 1993 inclusive of paying levies and taxes applicable.

Rank Holdings has partnered with Australian gaming mogul James Packer of Crown fame and last week their integrated resort project, the 36-storey Crown Colombo, inclusive of 400 rooms with an envisaged investment of $ 350 million, was approved by Cabinet under the Strategic Development Act.

The twin approvals enjoying various tax concessions are despite criticism from the main Opposition UNP. However the tourism industry and investment analysts have welcomed the country’s aspirations to become a gaming hub.

A spokesman for Vallibel, who is a gaming consultant, confirmed that out of the three licenses owned, Dhammika has committed one to JKH and his third will be reserved for another project involving either a US or Asian gaming brand.

The latter is on the belief that for Sri Lanka to become an attractive gaming destination, the country should be well represented by some of the best world-renowned brands.

“With Crown coming in, the first step has been made. Vallibel wishes to make Queensbury the local brand and depending on JKH-Waterfront’s operating brand, Vallibel Group will explore luring either a US or Asian brand,” the spokesman said.

Plans for the second project involving Vallibel are being drawn and likely to involve a 500 to 700 room resort, also down D.R. Wijewardena Mawatha, the designated area for gaming industry. JKH however had obtained special permission for its Glennie Street location. Going forward, Dhammika’s existing names for the three operations will be phased out.

The Vallibel spokesman also said that on a formalised scenario of four brands operating (three global (US/Asian) and Queensbury), the industry will be in a position to lure gaming specific clientele from overseas.

“Industry projections are that when the four are fully operative, their direct marketing and country promotions will lure one million tourists, of which around 40% (400,000) will be gaming centric. This means about 3,000 visitors per day for the four operators. The rest are more focused on exploring Sri Lanka as a leisure and holiday destination with diverse interests,” the spokesman added.

Natural acumen coupled with initial success saw Dhammika evolving to be one of the biggest investors and entrepreneurs extending his businesses to encompass blue chips such as Hayleys Plc, Sampath Bank, Royal Ceramics, Lanka Ceramics/Tiles, Pan Asia Bank, LB Finance, Amaya Hotels and Resorts, Delmege Forsyth and several others via a slew of strategic acquisitions/takeovers apart from greenfield companies in renewable energy.
http://www.ft.lk/2013/09/16/dhammika-gears-up-for-gaming-kingship/