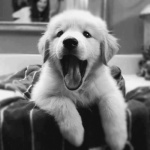 Posts : 134
Equity Stars : 4566
Reputation : 13
Join date : 2012-05-26
(Reuters) - Long-term U.S. oil prices have slumped to record discounts versus Europe's benchmark Brent, with some contracts dropping below $80 in a dramatic downturn that may intensify producers' calls to ease a crude export ban.

Oil for delivery in December 2016 has tumbled $3.50 a barrel in the first two weeks of the year, trading at just $79.45 on Friday afternoon, its lowest price since 2009. That is an unusually abrupt move for longer-dated contracts that are typically much less volatile than prompt crude. For most of last year, the contract traded in a narrow range on either side of $84 a barrel.

The shift in prices on either side of the Atlantic is even more dramatic further down the curve, with December 2019 U.S. crude now trading at a record discount versus the equivalent European Brent contract. The spread has doubled this month to nearly $15 a barrel, data show.

The drop in so-called "long-dated" U.S. oil futures extends a broad decline that has pushed prices as much as $15 lower in two years. It also coincided with an abrupt drop in near-term futures, which fell by nearly $9 a barrel in the opening weeks of 2014 amid signs of improving supply from Libya. (Graphic on outright prices: link.reuters.com/wam56v )

But while immediate prices have rebounded swiftly thanks to strong demand amid frigid winter weather and new pipelines that may drain Midwest stockpiles, longer-term contracts have not.

The unusual speed, severity and persistence of the decline has mystified many in the oil industry. Brokers, analysts and bankers have offered a range of possible explanations: a big one-off options trade in the Brent market; new-year hedging by U.S. oil producers; liquidation by bespoke fund investors; or even long-term speculation on a deepening domestic glut.

Regardless of the trigger, however, it may be cause for growing alarm for crude oil producers, who are increasingly concerned that falling prices will crimp profit margins if U.S. export constraints are not eased. Producers say this would hand over some of their rightful profits to refiners who can freely export gasoline and diesel at world prices.

"Why shouldn't independent producers be allowed to do the same?" Harold Hamm, chairman and chief executive of oil producer Continental Resources told a U.S. Senate Energy and Natural Resources Committee hearing on Thursday.

The shift also reflects a growing confidence that the boom in U.S. shale production will continue for some time, even while efficiency measures and energy substitution pare U.S. oil demand, pushing back old fears of growing scarcity.

"The macro oil balance is not as constrained as it used to be," said Jason Prior, managing director and head of oil trading at Barclays Capital. "I don't think the fear of spikes is there anymore. There's been a natural break on the top side of any oil price move."

Several brokers said the drop may have been triggered by a large early January trade in $85 calendar put options for 2015 and 2016 for European Brent, which reverberated in the U.S. market.

The put option would give the holder the right to sell oil at a specific price over a specific time period, even if the price is lower at the time the contract expires, essentially setting a floor price.

It is not clear who sold the put option or why, but whoever bought the option may have sold long-term futures contracts to hedge the price risk, potentially weighing on prices.

Activity in New York Mercantile Exchange long-dated WTI oil options may have reflected some of that trade, with trading volume in otherwise illiquid December 2015 $80 put options rising to more than 200 contracts a day for several sessions, according to data from exchange operator CME Group (CME.O).

However, long-term Brent crude prices have also rebounded since the decline, unlike U.S. futures that remain low, causing a dramatically widening gap between the two benchmarks.

December 2016 Brent slipped about $2 in the first few days of January, but has since reversed those losses. The December 2016 premium for Brent over WTI has risen from near $13 a barrel to a record high of almost $16 in a month. The prompt spread has meanwhile narrowed to less than $9 in recent days.

Some suggested that the early January drop was fueled by a concentrated bout of producer hedging, in which smaller oil companies are often required to lock in prices in order to finance drilling or protect against a sudden downturn.

Once the downturn gathered pace, others may have joined in.

"Producers may have a water mark and anything below $80 WTI probably triggered some hedging," said John Gretzinger, vice president, head of energy products for INTL FCStone in Kansas City, Missouri.

Regulatory data appears to support the idea of increased forward selling by producers.

Lower liquidity may have also contributed to the abrupt drop in longer-term prices, with growing uncertainty over whether limitations on exports will be loosened before U.S. refiners are saturated with light, sweet shale crude.

"That creates a lot of uncertainty in the longer-term outlook," says Eric Melvin, a former trader at an investment bank who now runs boutique Houston-based risk-advisory firm Mobius Risk Group. "You would have a more stable long-term price, and more liquidity, if the United States allowed exports."

Middleast is no longer the most sort after place on earth for fuel. It's just a place to bridging the gap. Shale fuel will change everything.

@UKboy wrote:When I was I was told that world oil resources will run out in 30 years. But the way how it's now, it will not happen in our life time (unless you can stay another 80+ years

Posts : 2577
Equity Stars : 7892
Reputation : 115
Join date : 2011-04-08
Is there a direct or indirect link between oil prices & that of precious metals?, If so, what will be the reaction of slumping the price of oil towards other commodities? Kindly produce any reference material, if available,related to the link. Thx

I couldnt trace the big article. But I have explained it in few words

@jonny wrote:Just basically what I think is...would Srilanka benefited and the oil price would be dropped in near future...??

I dont think so. GOSL will cover the cost of corruption and inefficiencies through the falling oil prices.

Re: As U.S. debates oil exports, long-term prices slump below $80