» HOTEL AND TRAVEL SECTOR
by rajini Yesterday at 11:38 pm

» BIL is still a baby
by Maharaja Yesterday at 8:32 pm

» AAIC Next multibugger- destnation beyond EXPO.
by Biggy Yesterday at 8:17 pm

» LOLC to enter the giant Indian Market
by Chula Yesterday at 6:05 pm

» Stocks on the Radar at CSE
by samaritan Yesterday at 5:28 pm

» Forcus on Government controlled entities
by D.G.Dayaratne Yesterday at 9:26 am

The fallacy of island mentality in stock market 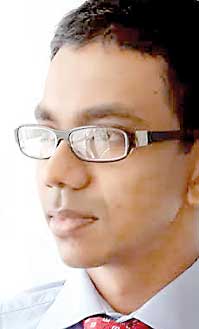 The Colombo bourse’s upward trajectory which was evident in January 2014 got slightly held back in the 12 trading days, leading up to mid-February with the All Share Price Index (ASPI) losing 2.2 percent or 135 points to be precise.

So the question now bothering our minds are whether the markets have lost steam and already reversed course? However I believe it is yet too early to jump into conclusions and the minor weakness in the index is due to external trading factors linked to global money flow dynamics rather than any specific reason affecting the Colombo market.

Foreigners exiting market?
Past two weeks’ activity level was rather strong with the average daily turnover amounting to Rs.1.4 billion with the exception of 6th February where the market turnover crossed Rs.3 billion due to few block transactions in large blue chip stocks. Foreign participation continued to be strong accounting for nearly 34 percent of the market activity levels. However the difference were that the overseas investors were net sellers to the tune of Rs.3.9 billion during the first half of the month and which could be the main factor contributing for the ASPI weakness. So the question propping up is, are the foreigners exiting the market, despite the favourable macroeconomic indicators?

During the last week of January and first two weeks of trading in February, foreigners sold Rs. 7.3 billion worth of Lankan stocks, which sounds alarming in absolute and isolated terms though the reality is somewhat different. The foreign trading traffic was not a one way flow, and the market saw overseas purchases amounting to Rs.3.4 billion as well, so it is clearly not a sell down by the foreigners.

Nevertheless the question arises as to why there is more foreign money outflow than inflow when the reported economic indicators are strong. Inflation is running below 5 percent, interest rates are down and are most likely to stay the same during the year, trade deficit is narrowing, exports are likely to strengthen etc. The answer is not straightforward, in our context the recent spree of foreign selling was largely due to few overseas funds shredding their positions in Sri Lanka. The rational for their decision could be due to many reasons; internal money allocation policies, fund redemptions, global shift from high risk to low risk securities etc.

Mixed bag for Sri Lanka
Also some large overseas investment funds would take a global call when allocating resources and due to Colombo exchange been small in size might get engulfed with other regional emerging markets which are larger. So in reality even though the Colombo bourse is basically de-coupled with other markets and there seems very low correlation, when it comes to global fund allocation decisions, Sri Lanka’s size is too small for them to make a dent in their choices other than to bag Sri Lanka with other emerging/frontier markets.

The fragile five (namely; Brazil, India, Turkey, Indonesia and South Africa) has been taking a beating with weakening currencies, ad-hoc policy measures and uncertainty with all five countries expected to hold elections this year. Further countries such as Thailand and Argentina have added issues with political unrest and doctored economic statistics, poor currency management respectively. So the troubles for the emerging economies are not over and expected to gather momentum. On top of this the US stemming their economic stimulus package would lead to rise in US interest rates where global investors could shift from high risk economies to low risk ones. The risk for Sri Lanka is that most global investors may not make the distinction between other emerging economies which are facing many challenges and the relatively small economy which is seeing inflation, interest rates and trade deficit heading south. However on the flip side small-medium sized global investment houses having country-wise screens may capture the positives of Sri Lanka and start accumulating local assets. And also the fallout from the major emerging economies may result with greater investment allocations for emerging frontier economies such as ours. So the impact from global economies and resultant international portfolio money flows would be a mixed bag for Sri Lanka.

Biggest positive
The biggest positive I see from last couple of weeks trading is the re-entry of local institutions and high net-worth individuals to the market and them collectively absorbing the net foreign selling.

Start of 2014 we saw the signs of this change and now we are actually witnessing monies invested in the market. This is in fact a very strong positive signal. Also quarterly earnings been released and apart from a few corporates almost all the blue chip companies have reported strong growth averaging mid teen percentage jumps.

At the point of writing, the banking sector was yet to release their results though we expect net profit growth to be not so strong due to the gold loan provisions though with falling rates and net interest spreads intact the outlook for the current year would be strong. Good corporate earnings growth would be a catalyst for both foreign investors and local institutional investors to accumulate stock and maintain market momentum and growth.  So with most of the listed names in the Colombo bourse engaged in services and domestic consumption led activities, the investors need to be mindful of actual inflation, exchange rates, currency defence, repercussions of a drought and disposable incomes of the local population to form opinion on the future corporate earnings outlook.

Need of volatility
Despite my belief of overall market growth in 2014, it doesn’t mean that the ASPI would be a north bound straight line. For the market to be vibrant, a certain amount of volatility is needed and these fluctuations would be triggered by both local and external events and thinking. No matter how un-correlated the CSE is to global markets the ripple effects of global portfolio flows would be felt by the local investors. Gone are the days of low cap, low value stocks churning out unbelievable returns within few weeks, so the retail investors also should try to firmly bound their gambling instincts and give more prominence to common sense investing.