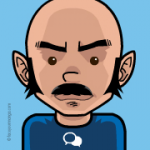 
Since December 2012, the Central Bank has eased monetary policy with its key policy interest rates, the Standing Deposit Facility Rate (SDFR) and the Standing Lending Facility Rate (SLFR), being reduced by 125 and 175 basis points, respectively, and the Statutory Reserve Requirement (SRR) on Rupee deposit liabilities of commercial banks being reduced by 2 percentage points during the period. Responding to the eased monetary policy stance, both market lending and deposit interest rates have adjusted downwards substantially, although there is further room for downward adjustment in long term lending rates.


Benign inflation and favourable inflation outlook, which were the key contributory factors in enabling the maintenance of the current monetary policy stance, continue to remain favourable. In April 2014, year-on-year (y-o-y) headline inflation was 4.9 per cent, which was well within the desired range, while y-o-y core inflation remained unchanged at 3.4 per cent. Inflation is projected to remain benign in the months ahead, supported by favourable expectations although weather related supply disruptions could cause some marginal variation in the behaviour of certain food items.


In the external sector, the trade deficit contracted by nearly 12 per cent for the first quarter 2014 boosted by high export trade volumes recorded in March 2014. Export earnings in March surpassed US dollars 1 billion recording a significant 28.6 per cent growth (y-o-y). Further, the outlook for export earnings remains positive on account of the firming up of the recovery in advanced economies. A modest increase in expenditure on imports was also observed in March due to increased intermediate and consumer goods imports ahead of the April festive season. Inflows on account of workers’ remittances recorded a significant increase in March 2014 while earnings from tourism also continued to increase during the first four months of 2014 surpassing the half million mark in tourist arrivals by April 2014. As at end March 2014, gross official reserves were at US dollars 8.1 billion, equivalent to 5.5 months of imports. Since then, the level of reserves has increased further with the inflows from the proceeds of the seventh international sovereign bond issued in April 2014.

Broad money (M2b) continued its moderating trend to record a y-o-y growth of 14.5 per cent in March 2014, moving towards the projected average growth of 14 per cent in 2014. The increase in net foreign assets (NFA) of the banking sector by Rs. 24.8 billion as well as the significant increase in net credit to the government (NCG) by Rs. 48.6 billion, mainly contributed to the growth of broad money during the month of March. Public corporations continued to settle their liabilities to the banking sector, with total reduction in credit to public corporations during the first three months of the year amounting to Rs. 35.1 billion. Credit extended to the private sector increased by Rs. 7.6 billion in March 2014. An increase of Rs. 15.3 billion was observed in the credit extended to the private sector from the domestic banking units (DBUs), while repayments by BOI companies to offshore banking units (OBUs) dampened the overall credit growth. The sharp decline in pawning advances contributed largely to the continued low growth of credit to the private sector.


Having considered the above, the Monetary Board, at the meeting held on 19th May 2014, was of the view that the current monetary policy stance is appropriate and therefore, decided to maintain the policy interest rates of the Central Bank, namely the SDFR and the SLFR of the Central Bank unchanged at their current levels of 6.50 per cent and 8.00 per cent, respectively. In order to counter the effect of the continued decline in pawning advances on productive sectors of the economy, the Monetary Board also granted approval to implement a credit guarantee scheme on pawning advances on behalf of the government. At the same time, the Central Bank expects commercial banks to pass the benefit of the eased monetary policy stance to borrowers without further delay.

The date for the release of the next regular statement on monetary policy would be announced in due course.

Posts : 4365
Equity Stars : 7938
Reputation : 204
Join date : 2013-08-01
In basic form, Investors will look for other alternatives to get better returns from excess money they have, due to lower rates.
Interest rates are commonly known at what rates CBSL lend to commercial banks.
Higher Interst rates by CBSL will deter Banks to borrow and this will control money circulation and control inflation in the economy.Usually in higher interest rate scenario people or investors will look for safe investing tools such as government bonds etc.
What the CBSL now does is to lower the rates so there will be more money circulation coming into the market and its effects are seen or reflected gradually in equity market. This effects are slow and in gradual phase.

How does they have excess money ? this because the Interst rates are kept low so commercial banks can lend to customers/public at attractive levels.so you get more money to lend and high supply money in the economy will bring down FD rates etc.
The biggest concern would be to keep a check on Inflation rate to be in single digit, why high circulation of cash will drive the consumption so price of goods will drive up.

When FDs give lower returns people so one of the choices would be to invest in equity markets such as CSE.
So we will see more investors getting attracted towards the stock market that will bring fresh liquidity to the market.

@Meman wrote:My FD at Arpico Finance matured today. Now the rate for the 15 months deposit I put earlier is 5.5% less. I will put some of that money to the share market.

See an investor going by the books/theory