» LOLC to enter the giant Indian Market
by samaritan Yesterday at 11:27 am

» Buy lofc tomorrow - Maharaja
by ashan silva Yesterday at 11:12 am

» HORANA PLANTATIONS PLC (HOPL)
by cheetah Yesterday at 11:05 am

» LOFC Future
by samansilva Yesterday at 11:05 am

» SGH buys EXPO from retailers
by samaritan Yesterday at 9:34 am 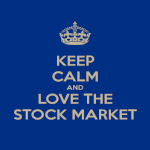 
The rating on Sri Lanka balances external, fiscal, and institutional
constraints with a strong economic growth profile, the improving
financial performances of public enterprises, and declining inflation.
We are affirming our 'B+' long-term and 'B' short-term sovereign credit
ratings on Sri Lanka.


The stable outlook reflects our expectation that Sri Lanka's per capita
real GDP will grow more than 5.5% in the next few years and the
government's fiscal profile could improve over the next 12 months.


On July 8, 2014, Standard & Poor's Ratings Services affirmed its 'B+'
long-term and 'B' short-term sovereign credit ratings on the Democratic
Socialist Republic of Sri Lanka. The outlook remains stable. Our transfer and
convertibility risk assessment on Sri Lanka is unchanged at 'B+'.


These rating constraints weigh against the country's robust growth prospects.
The factors that help Sri Lanka's growth are government investment, including
measures to reconstruct the northern districts, the improving financial
performance of public enterprises, increasing tourist arrivals, and declining
inflation, which we expect to remain in the single digits.


Although we expect Sri Lanka's external liquidity to improve in the next few
years, it remains exposed to international liquidity conditions. Standard &
Poor's projects Sri Lanka's gross external financing needs in 2014-2017 will
average 106% of current account receipts (CAR) plus usable reserves, with an
improving trend. We also forecast that the country's external debt--net of
official reserves and financial sector external assets—will approximate 125%
of CAR this year. In our view, external net debt stock measure will gradually
decline to below 110% by 2017.


We expect Sri Lanka's gross international reserves to remain at three months'
coverage of current account payments in December 2014, similar to 2012 and
2013 levels. Despite increasing remittances by overseas Sri Lankans and
rapidly increasing earnings from tourism, the expansion of current account
payments will match the growth in foreign currency reserves.


Fundamental fiscal weaknesses remain although the government's fiscal metrics
have improved over the past four years. We project annual growth in general
government debt to average 6.7% of GDP for 2014-2017. In conjunction with
robust nominal GDP growth and some fiscal consolidation, we expect net general
government debt to decline below 70% of GDP at year-end 2016 from 78% in 2013.
The rate of decline could slow, however, should the rupee depreciate further
against major currencies, as 44% of government debt is denominated in foreign
currencies. In addition, we project that the attendant interest burden will
comprise about a third of government revenue through 2017. The debt service
burden is thus among the highest for the 130 sovereign governments we rate.


The Sri Lankan government has made marked progress in turning Ceylon
Electricity Board to a profit and reducing the losses in Ceylon Petroleum
Corp., two of the most significant state-owned entities. As a result, we
estimate aggregated debts of the state-owned entities to have declined in
2013. These entities, however, still represent a sizable portion of claims in
the domestic financial system, and therefore remain contingent fiscal risks to
the government.


We have incorporated Sri Lanka's favorable growth prospects in our projection.
We expect the country will most likely maintain per capita real GDP growth of
close to 6% per year in the next few years. We believe stronger growth may be
possible if the business environment improves and net foreign direct
investment rises above its current pace of about 1.5% of GDP. However, Sri
Lanka's high growth could raise the risk of economic overheating because of
capacity constraints.


After completion of the International Monetary Fund's Standby Loan Program in
July 2012, the country agreed with the IMF for "Post-Program Monitoring." We
expect Sri Lanka to be able to secure new external liquidity support from the
IMF or bilateral sources if the need arises.


The stable outlook reflects our view that growth prospects for Sri Lanka's per
capita real GDP will be more than 5.5% in the next few years and the
government's fiscal profile could improve over the next 12 months.


We may raise the rating if Sri Lanka's external and fiscal indicators improve
faster than we project, or if we believe the strength of Sri Lanka's
institutions and governance practices are on a significant and sustained
improving trend.


Conversely, we may lower the rating if, contrary to our expectation, the
country's external liquidity deteriorates or if Sri Lanka's growth and fiscal
consolidation prospects worsen significantly.