» HORANA PLANTATIONS PLC (HOPL)
by cheetah Today at 11:05 am

» SGH buys EXPO from retailers
by samaritan Today at 9:34 am

FINANCIAL CHRONICLE™ » CORPORATE CHRONICLE™ » Invest in HOTEL stocks; which is better AHUN or KHL, any other good stocks ??
Tweet

Invest in HOTEL stocks; which is better AHUN or KHL, any other good stocks ??

Which stock is better at the current market price??? your comments please. 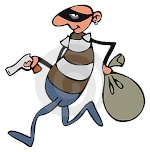 The best hotel sector share for me is CHOT. However I would wait till they release the Q4 results(+ market conditions) before jump in to it. CHOT already completed the hardest stage of the journey.

RENU is a good share but it is something between a hotel and an investment fund.

CONN also a strong candidate. They showed excellent profits last year thanks to REEF deals. It wil be interesting to see Q4 results without any one off gains.

If you want me to select the best out of AHUN & KHL then I would go for AHUN.

But I would like someone to explain this to me. i havent got a satisfying answer yet.

But why is KHL not performing.? any one could give a logical explaination to this. What the fact behind these numbers?
Is it that, non of these are now belonging to KHL, now under JKH even though its quoted in the list. Then it should be removed right?


Which stock is better at the current market price??? your comments please.

ahun. khl is having large number of shares &there is always more sellers than buyers. but both share have huge potential.

econ wrote:I am avoiding any hotel sector share except renu unless i want to hold it for very long term.

Agree with you econ. If I see any run in Hotel sector shares in the near future other than RENU, it may likely be due to manipulation. I cannot expect financial reports from hotels for sometime that will justify current price levels.

If I remember correct, KHL sold their loss making hotel in the Maldive recently.

udeni wrote:My personal view is AHUN is better than KHL but AHPL is the best in hotel sector.

I also think that the AHPL is the best..

If I remember correct, KHL sold their loss making hotel in the Maldive recently.

If i am not mistaken, they gave the rights of the loss making Maldives operations and extended the lease period of a profit making venture

Same as most of CHOT chain hotels, GHLL also recently completed a major refurbishment. Even though their accumulated losses are high GHLL is recovering pretty well..

AHPL is the most economical on all hotels it seems, it trades at a good discount to sector.. Also second one is HSIG.. Ppl yet to realise the potential of these..
Large market caps are not the best to follow on.. Mid caps are really attractive in med-long term..

Which stock is better at the current market price??? your comments please.

*Aitken Spence Hotel Holdings PLC (AHUN) - backed by one of the top conglomerates in Sri Lanka, Aitken Spence PLC (SPEN), is a leading hotelier in the country with its operations spanning across the Asian as well as the Middle Eastern regions. The company presently owns or manages 27 hotels and resorts under the brands “Heritance”, “Adaaran” and “Aitken Spence Hotels & Resorts” in Sri Lanka,
the Maldives, India and Oman with a total room capacity of 2,300.

*AHUN currently owns and operates 6 hotels (of which 2 hotels with 64 rooms are currently closed for extensive refurbishment) with 565 rooms in Sri Lanka along with 2 other properties with collectively 216 rooms held as associates. The company also
manages 3 hotels in the upcountry. In the Maldives, the group owns and operates 7 hotels with 591 rooms under its premier foreign brand “Adaaran” while managing a total of 10 hotels in India and Oman.

*With the anticipation of greater arrivals to Sri Lanka in the medium term, AHUN embarked on several new projects in order to increase its capacity.

*EARNINGS OUT LOOK
--With a solid recovery in the local tourism industry along with an increase in AHUN’s room capacity, the company stands to enjoy strong returns in the medium term. AHUN continues to place strategic importance on delivering a niche, high quality product to the high yielding travellers, thus volumes will not be of great concern. However, the local segment is likely to see the closure of around 300 rooms during the off season period in 2011 (April – September) which should have only a marginal impact for earnings in FY12E. However, with most of its properties expected to be operational by the beginning of the winter season, we expect AHUN to recover its lost earnings through higher room rates and occupancies

---The group’s parent company SPEN, owns 100 acres of prime beach land in
Nilaweli where AHUN is expected to commence the development of a resort in the
medium term. This includes a 500 room property offering luxury villas, standard
rooms and apartments.

---AHUN places greater emphasis on expanding its footprint in Sri Lanka
given high potential exhibited by the industry. The Government aims to attract
an ambitious target of 2.5 million tourists by 2016 which would require at least
another 15,000 graded rooms to cater to this demand. Although local as well as
foreign operators have shown interest in expanding the room supply, we expect a
time lag of at least 2 years for these projects to become operational, until which
time, the current properties would enjoy high yields

---Despite its investments in Sri Lanka, we expect the South Asian segment to
be the largest contributor to group earnings, albeit a reduction in its share due to
increased contribution from the local segment. For forecasting purposes, we have
factored in an average occupancy of 75% in FY12E for the local segment on an
ARR of US $ 120 while for the Maldivian segment, we have included an occupancy
of 85% with an ARR of around US $ 293.

---Given the above, we expect AHUN to post Rs. 1,450 million in PAT for
FY11E, growing at a CAGR of around 28% during the next 2 years with the local
segment accounting for over 50% of operating profit. Adjusted for the minority
holdings, we expect earnings to equity to reach Rs. 958 million for FY11E, growing
at a CAGR of 33% during the next 2 years. On a forecasted EPS of Rs. 2.81 and
Rs. 3.82 for FY11E and FY12E respectively, the share is trading at a PE multiple
of 36x and 26x FY11E and FY12E earnings respectively, at a price of Rs. 100.10.
The share is therefore, trading at a slight premium to the sector which we believe
is warranted due to its high exposure to the Sri Lankan as well as the Maldivian
tourism industries compared to most other standalone properties

FINANCIAL CHRONICLE™ » CORPORATE CHRONICLE™ » Invest in HOTEL stocks; which is better AHUN or KHL, any other good stocks ??

» Shares to Buy
» Ahun good for Hotel sector collection
» Can we expect any good movement from the hotel sector? CHOT, TAJ, REEF, GHLL, KHL, AHUN, TRAN and others
» is it good to buy AHUN at this level
» What are the good stocks to invest in the current market ?