» In the vicinity listing of LOCH – “LOLC CEYLON”
by bizstock Yesterday at 4:19 pm

» Lanka Milk Foods - LMF
by buddikasmart Yesterday at 11:58 am

» LOFC AND CLC Target Price??
by bizstock Yesterday at 9:55 am

» NP IN TWEETER
by bizstock Yesterday at 2:29 am 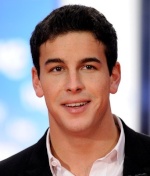 Posts : 15
Equity Stars : 2549
Reputation : 0
Join date : 2014-11-11
Please do not paste ideas of international agents. What is the history of this man? A member of EPRLF team that declared eelam in 1987, then left the country in fear of LTTE (LTTE started killing EPRLF members after IPKF left the country). In 2007, MR used him to fight in Geneva  against agents, but kept hand in distance - Wisen wisa mareema
This forum is focused on CSE, not on dirty politics. Let's talk about the market please.

Posts : 824
Equity Stars : 5833
Reputation : 39
Join date : 2011-01-22
Politics have engulfed everything in Sri Lanka. So we cant analyse anything without the political perspective.

Posts : 433
Equity Stars : 3045
Reputation : 16
Join date : 2014-09-17
Sstar has posted it because it is relevant to the market. I think it is better Rexton if you read the resignation letter written by Nandana Gunatillake to MR. It is too large to upload.

Posts : 15
Equity Stars : 2549
Reputation : 0
Join date : 2014-11-11
Dear Ernie Tissera, Do you know the history of Nandana Gunathillaka? What is his back ground? Why he left JVP and joined with MR? I can explain you well, but no time to waste for useless matter. International conspiracy are well funded, well planned, well timed, well coordinated and executed. Some times, our fools will understand it later. Then, we all may be too late. This happened in 2000-2005 after signing of a peace agreement. But, still we have not learnt a lesson as a nation.

Posts : 433
Equity Stars : 3045
Reputation : 16
Join date : 2014-09-17
My friend you better mind your language and attitude towards others. I know his history and all his carrier. I just told you to read his letter. You think only you know Dayan's History & others history. Just check what is Mr. Children are wearing. What is the shoe type and shirts. If MR gets this country it will be too late since our income is not enough to pay loans even.

It was to lift the Ban in Europe without appealing .... Good time Ranil wrote to the European Courts.

2nd Episode - Al Jazeera Interview to bring GTF to say they will pressure UN to bring MaRa to Hague, as every right thinking person will not allow anyone to let that happen. But fools will believe and try and elect MaRa to Rule until he dies. This will allow him to plunder billions of dollars of srilanka wealth.

@gamaya wrote:So the beggers wound has changed from war to electric chair..?

If people can see the dirty game played by MaRa King Family to stay in power, they will vote for a change.

See the Government ministers excuse for re-election of MaRa.

Mahinda Amaraweera statement it self should be enough as a proof.
He states UPFA has plundered enough money, so if govt is changed UNP will plunder more.
What does he think of Srilankan Citizens.

Only the Chairman of the Pradeshiya Sabha and another UPFA member cast their vote in favor while three voted against it.

Four PS members of the ruling United People’s Freedom Alliance (UPFA) were absent for the vote. The UPFA recently announced that it will expel the local councilors who have voted against their respective budgets from the party.

While Indian PM Narendra Modi today thanked the President for pardoning and sending back the Indian fishermen who were on death row over drug smuggling charges, leader of Jathika Hela Urumaya (JHI) Ven. Omalpe Sobitha Thero slammed the government’s decision to commute the death sentence.

Sobitha Thero issuing a statement expressed that the government’s ruling to release the fishermen has encouraged and gave ‘green light’ for the Indian drug lords to continue their smuggling through the sea.

The Thero defined this particular incident as the initial stage of a series of awful consequences.

“It is a well known secret that heroin and other drugs are smuggled into the country with the aid of Indian fishermen. This smuggling is also supported by some controversial politicians and businessmen. A strict law should be implemented on drug smugglers, in spite of their nationality, religion, or race.

This has given an ‘official clearance’ for the Indian fishermen to engage in drug trafficking.” Sobitha Thero said in the statement.

Emerson, P Augustus, R Wilson, K Prasath and J Langlet, all hailing from Tamil Nadu, were apprehended in 2011 and were sentenced to death by the Colombo high court on October 30.

The court ruling had triggered fiery protests in parts of Tamil Nadu and sporadic violence broke out in and around Rameswaram island.