» What will happen tomorrow?
by Chathur Yesterday at 10:39 pm

» NEVER GIVE UP BECAUSE: Stock market for beginners
by Asoka Samarakone Yesterday at 9:37 pm

» Make it your goal to stay positive in a negative market
by reyaz Yesterday at 9:01 pm

» GLAS will be winner with Super Gain.
by C.THARANGA Yesterday at 8:12 pm

» Most Undervalued Shares
by celtic tiger Yesterday at 1:38 pm

» Ban of chemical fertilizers is a great news
by samaritan Yesterday at 9:59 am

» Price prediction on GRAN and TAFL
by Antonym Yesterday at 8:47 am 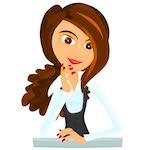 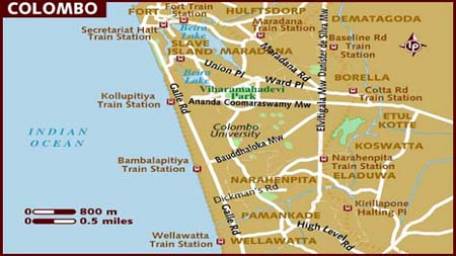 Foreign investors have been quick to sense this evolution with reputed multinationals such as Hong Kong's Shangri-la, India's Krrish and Australia's Crown joining local companies to launch luxury apartments or mixed development projects that will change Sri Lanka's skyline.

The projects, which are to be completed in the next three years, will bring about 1 billion U.S. dollars in foreign investment to the country.

Hong Kong based luxury hotel developer Shangri-la is to embark on a third venture in Sri Lanka, bringing its total investment to 850 million U.S. dollars. The latest venture is set to begin before the end of the year with land allocation by the Sri Lankan government to take place soon, according to Investment Promotion Minister Lakshman Yapa Abeywardene.

Investment for the first stage of the project will be 250 million U.S. dollars. An initial investment of 55 million U.S. dollars will be paid by Shangri-la to the Sri Lankan government by December, the minister has assured. "The entire project will be completed in 52 weeks and Shangri-la has assured me the hotels will also be completed on schedule. In fact, they are working very hard to ensure they meet deadlines," Abeywardene said.

The Hong Kong company was one of the first to tap into Sri Lanka's booming tourism potential after the end of a three decade war in 2009.

Shangri-la has also constructed a second hotel at a cost of 120 million U.S. dollars in the southern town of Hambantota, which is to be opened before the end of this year.

Australian gambling tycoon James Packer's Crown project in Colombo has been tinged by controversy but was approved by Sri Lanka's parliament earlier this year on the condition it would not have a casino. However, it has been billed as a"mixed- development "project containing luxury apartments as well as a five-star hotel. "When it comes to investment in Sri Lanka, you would be primarily left with a few options, namely equities, treasuries and real estate for the long-term investor," believes International Construction Consortium CEO Namal Perera.

As a real estate expert, Perera insists land is commonly known to be more of an asset than an investment. However, in Sri Lanka, it is progressively becoming a viable long-term investment, given the recent appreciation rates of property and lands, especially in Colombo and its suburbs.

For instance, land prices in Colombo have appreciated rapidly in the last four years with prime land parcels in Colombo offered at 100,000 U.S. dollars for each perch of land. Swanky apartments go for much higher but it is also possible to snap up bargains in a construction boom like contemporary Sri Lanka. "Also, if you do your homework right, it's more difficult to be defrauded in real estate. You could physically show up, inspect your property, run a background check on the developer or the seller and make sure that the building is actually there before you buy it, unlike with any other investment option such as stocks, in which case you would have to rely on the performance of the company you invested in and its management for a decent return on your investment," Perera said.