» GLAS will be winner with Super Gain.
by Promoney Yesterday at 7:45 pm

» KGAL - THE SLEEPING GIANT
by Big Bull Yesterday at 2:28 pm

» hospital sector
by David VKMS Yesterday at 10:26 am 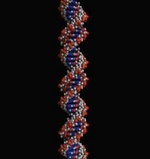 The Colombo-based manager of the island-nation’s biggest private wealth fund is looking to boost fee-based income to shield profit as declining lending and deposit rates at an all-time low squeeze spreads, Chief Executive Officer Rajendra Theagarajah said in an interview. The bank also expects to increase lending to renewable energy and property developers.

NDB, as it is known, is among lenders seeking to benefit from an economy that is expanding at the fastest pace since 2011 following the end of a civil war six years ago. Government spending and inflation near a five-year low is set to boost credit in the $67 billion economy as central bank Governor Arjuna Mahendran left benchmark rates at an all-time low.

“We have the ability to change tact with single-digit interest rates,” Theagarajah said at his office in Colombo. “At NDB, it isn’t commercial versus investment bank. If you can’t retain customers in one, just don’t let it go out of the group.”

Lending by NDB expanded 28 percent last year, compared with the industry average of 13 percent, while deposits grew 17 percent against 12 percent, according to a presentation made to investors.
Do Better

NDB posted a 57 percent jump in group profit in 2014 amid lower impairment charges for loans and other losses. Profit may rise about 22 percent to 5 billion rupees ($38 million) this year, from 4.1 billion rupees in 2014, with assets likely to expand to at least 300 billion rupees, from 269 billion, Theagarajah said.

Loan growth is forecast at more than 20 percent in 2015, with a similar pace of expansion in deposits, he said.

The lender’s shares surged 46 percent in the past year, compared with a 25 percent rise in the benchmark Colombo All-Share Index. They added 0.4 percent to 256 rupees at 10:36 a.m. in Colombo.

Assets of the lender grew 30 percent in 2014, almost double the pace of the industry. NDB aims “to do better than last year to outperform the industry at the same pace,” in 2015, Theagarajah said.

“Interest-rate spreads have been coming down in the banking sector,” said Shehan Bartholomeuz, an analyst at Colombo-based LOLC Securities Ltd. “Most large banks are having to shift more to fee-based operations. NDB has an advantage here because of their wealth management arm. Their core business will also be supported by their strength in project finance.”

A focus on areas including small- and medium-sized companies would help NDB meet its targets, Sanjeewa Fernando, strategist at CT CLSA Securities in Colombo, said in an e-mail.

NDB “previously hardly had good growth in its core fund-based operation with money being lent to extremely low risk segments only,” Fernando said. “But recent numbers talk about a different story. And, it still has a low bad asset ratio.”

NDB’s gross non-performing asset ratio was 2.5 percent by end-December 2014, compared with a sector average of 3.5 percent to 4 percent, he said.

Inflation is “well behaved,” Mahendran said on Feb. 24. He succeeded Ajith Nivard Cabraal last month as the chief of the central bank.

Theagarajah said NDB was awaiting “the views and support of our major shareholders, including few government-owned entities,” before moving to the next phase of a proposed merger with DFCC Bank.

Cabraal had said in January 2014 that Sri Lanka needed just one large development bank and encouraged NDB to merge with the smaller lender.

“NDB is very focused on including inorganic growth as part of its medium term expansion strategy,” Theagarajah said. “The possibility of amalgamating with DFCC is one such initiative. Our growth aspirations are to knock at the top two private sector banks by 2017 or 2018” in assets and profitability, he said.