MR and LKY: The Dividing Line 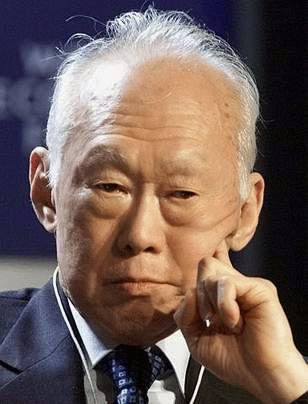 Few days ago, a Malaysian friend with Indian origin asked me an interesting question.
"Don't you have your own LKY there?"
Little puzzled, I asked, "whom did you refer to?"
"That guy, Mahindaa Rajapakshaa", he said with his typical Indian accent.
"That's quite a complicated question" I told him, but didn't give him a direct answer.

On the following day while talking with another Malaysian with Chinese origin, whose unprecedented political superstar is Lee Kuan Yew, I asked him what makes LKY the sole hero of the Singapore's 4-decade economic revolution. His detailed explanation, followed by several other sources in the net for verification, provided me a clear answer to my friend's question on the previous day.

MR and LKY have many similarities. Both are very charismatic leaders with strong political personalities, Both had the respective countries in their hands at extremely troubled periods and handled the chaos well. Both had genuine vision of developing their countries (this is my opinion). Both were harsh on their rivals. Both made their families become the richest in the respective countries......

Then while one lead the country for the world record period of time and finally closed his eyes amid praising and admiration from even his long term rivals, the other was kicked out within 10 years and now play desperate games to keep clinging to the power.

They had the same great vision.... But totally different mission

In 1965, when Singapore was expelled from the Malaysian Federation, LKY was left with an island with no water or agricultural land to feed the mouths and no natural resources to buy their living. Then he determined that he will some how pull up his country. There was no other option.

There were two points in his mind.

The country should have zero racism as the racism and the development don't go in harmony. Thus, he made the official language English and started only Singaporean schools; no Chinese schools, Tamil schools, Malay schools etc. Any one could speak patriotism but not racism. So they talked about "proud of being a Singaporean" but not being a Chinese, Malay or any other. Those leaders who were taking the advantage of racial sentiments were put into jail without trial.

The second point was on the sources of income. LKY knew that the country cannot be developed without foreign investments (note that it is not foreign aids). To attract worthy foreign investors, social security and non-corruption were identified as key factors. He imposed the strictest rules to make the country safe for any foreign traveler and corruption free for a potential investor. Many people, even leaders had to undergo severe punishments for not working in these directions.

As the economy of the country booms LKY's family slowly acquired the business sector. Today they earn billions and so does their country, 'cause all LKY family members that run the country's business are highly qualified people in their respective fields.

So today Singapore is where Singapore is. The economy is massive. People are well off. They all speak fluent English. Yet they could speak their respective native languages well (Chinese, Malay, Tamil etc.). Collectively, they think as Singaporeans but individually they follow their native customs. 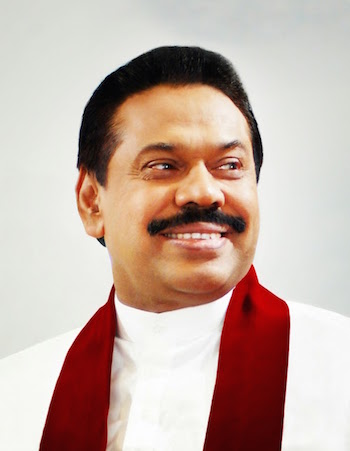 MR's post-war mission was the complete opposite of that of LKY.

Due to some pathetic reasons, he decided to run the country on racism and theories of foreign conspiracies.

War kills human beings in thousands, war make people crippled, blind, deaf, disable and suffer for the rest of their lives, war creates wounds in hearts that heal very slowly, war destroys resources that could have been utilized for decades, war turns landscapes unsuitable for human habitation for centuries. In simple terms war is a curse.  Wise people start war when it is the last option and try their best to erase the scars of war as soon as it ends.

Unfortunately, MR started repeatedly trumpeting the war victory, as soon as he ended it. The celebrations took millions of national wealth and scratched the wounded hearts frequently without letting them go though a natural healing. Tamils started feeling that they are Tamils in an alien country and Sinhalese started feeling that Sinhala existence is threatened in their own country. No one had the feeling that they have to bring up their country.

..... And came the religious menace in the form of BBS and Ravana Balakaya. The support and maintenance by MR regime has been written all over the activities of these idiot-groups. They made Buddhists think that Muslims are going to eat them up while Muslims started thinking that they are at a risk of being wiped out. At a less-intense level, idiot-groups even created imaginary Christian devils, who are ever looking for demolishing Buddhism. Doubt, mistrust and frustration overshadowed the true patriotism.

When it comes to the economy, the painful truth is that Sri Lanka lives almost 100% on foreign aids. Once, the Secretary of Finance Ministry of MR regime stated that "in order to pay the next month salary, we have to either borrow money from other countries or mint currency notes".  Still, no politician tells you this pathetic reality (whether it is MR regime or not). While, the government was going around the world begging for yet another loan, they made a huge ghost in front of the public, named "Foreign Conspiracy". The Facebook postings and a casual chat with an average Sri Lankan will show that a majority in the country thinks that there is no work for Americans, Europeans and Indians other than planning and executing conspiracies against Sri Lanka.

Such mentality of the public made them look at any foreigner with a suspicious eye. Many white-skinned travelers underwent harassment and sometimes even murder. The crime rate escalated and most of them were political based. No one with political clout was given deserved punishment under the law. The outcome was the parting of many countries with good potential investors. Instead, what came into the picture were the Chinese money lenders who have a notorious reputation in South America and Africa. Even the current government is booby-trapped in the nets laid by these Chinese plight-mongers who fish in troubled water.

A rather non-threatening political leader was taken into custody, not because he was spreading racism but he challenged the regime by contesting the presidential election. The chief justice was disgracefully ousted for not giving judgements that the regime desired.

LKY let his family manage the country's wealth as the economy shaped up well. In contrary, MR did the same while the country's economy was struggling to pass the toddler's age. The critical economic centers were handed over to kith and kin who are totally unsuitable for such jobs. One good example is the plight of the national carriers. Instead of gaining profits out of business and pocketing a chunk of that, these cronies siphoned the loans obtained to develop the business at staggering interest rates.

In many countries, even in Europe and USA, the mass public has no intelligence or knowledge to self-analyze the situation of a country and take right decisions. A majority of them think in the lines of what politicians tell them. Perhaps, artists and intellectuals may make limited influence.

MR mechanism was clever enough to take almost all good charismatic orators in the country including artists and religious leaders under its payroll. Then they were programmed to tell or do exactly what the regime needed. The mind-set of Sinhalese Buddhists which constitutes the majority of vote base was screwed up with foreign invasions, Tamil attacks and Muslim-Christian dominance. It happened and even is happening at this very moment.

Unfortunately the ousted MR and the clans have been successful up to some extent in screwing the heads of a good part of Sinhala Buddhists so far.  They are trying to come back to power by the same theory..... foreign conspiracy, Tamil dominance and Muslim-Christian invasion......

The big question is WHY...? Why does the MR regime need to do this unscrupulous act of mind screwing of the public.

The logic is very simple. You make a paper tiger. Show it to the villagers and say that it is coming to eat them alive. The scared villagers ask you how to kill the tiger. Then you point them the inflated hero.

"That's the only one that can kill the tiger. Feed him well. Treat him well. Give him whatever he wants.... and he will save you from the tiger".


**********
In my opinion, MR regime was a wasted opportunity. There were many talents and skilled people in it, such as Gotabhaya Rajapaksha and Champika Ranawaka. It was only a clever and shrewd leadership which was needed to get the maximum out of them for the benefit of the country. A smart leader could have made even cronies like S B Dissanayake and Mahnidananda Aluthgamage to do a valuable service to the country. When the leader fails the ethics (or epics), the whole system fails.

There will not be a better insult to "Lee Kuan Yew" than this comparison. Please let him RIP

I thin ZY posting is without reading the article fully

Re: MR and LKY: The Dividing Line