» Company Financials or Group Financials?
by ronstyn53 Today at 8:07 pm

Not a good sign for Tourism in Sri Lanka. :/

Posts : 118
Equity Stars : 2316
Reputation : 5
Join date : 2015-06-02
In an environmental point of view, Jellyfish is a great threat to the balance of marine life. Unlike seasonal jellyfish, a jellyfish invasion can result even extinction of certain marine life. Jellyfish pollution in Black sea is the best example. Unregulated discharging of ship's ballast water is a major course of such unwanted jellyfish invasions.

Instead they release  thousands of venom filled capsules in to the water. Millions of those capsules are developed in their tentacles. (not testicles

) Jellyfish released thousands of capsules when your presence disturbed it or touch it.
Those capsules has a mechanism to identify and get attracted to you skin when they were released to the water. As soon as they touch your skin they get the stimulation signal to inject the venom to your skin with a huge force .
So even you kill it or hit it with something before touching your body 1000s of its capsules will come towards you and get the revenge.

Nidariya has developed a water proof skin lotion to distract those capsules from your skin.

The following image described how the venom capsule come towards you and inject its liquid into you.

The oval shape body is the copusule. 1000s of such are released to the water.
A. Stimulants from the skin initiate discharge process.
B. High internal pressure of 200 atmospheres is built in the capsule.
C. With 40,000xg of acceleration the needle drills a hole into the skin.
D. A tubule follows the shaft and injects poison into the body. 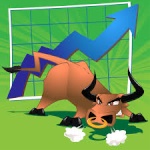 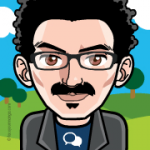 Jellyfish are probably some of the most unusual and mysterious creatures that you'll ever encounter. With their gelatinous bodies and dangling tentacles, they look more like something from ahorror movie than a real animal. But if you can get past the weirdness -- and the fact that getting too close to one results in a nasty sting -- you'll discover that jellyfish are pretty fascinating. They've been around for more than 650 million years, and there are thousands of different species, with more species discovered all of the time.
In this article, we'll learn all about these mysterious animals and find out what to do if you do happen to get in the way of a stinging jellyfish tentacle.
Marine Life Image Gallery
Jellyfish live mainly in the ocean, but they aren't actually fish -- they're plankton. These plants and animals either float in the water or possess such limited swimming powers that currents control their horizontal movements. Some plankton are microscopic, single-celled organisms, while others are several feet long. Jellyfish can range in size from less than an inch to nearly 7 feet long, with tentacles up to 100 feet long.
Jellyfish are also members of the phylum Cnidaria, (from the Greek word for "stinging nettle") and the classScyphozoa (from the Greek word for "cup," referring to the jellyfish's body shape). All cnidarians have a mouth in the center of their bodies, surrounded by tentacles. The jellyfish's cnidarian relatives includecorals, sea anemones and the Portuguese man-o'-war.
Jellyfish are about 98 percent water. If a jellyfish washes up on the beach, it will mostly disappear as the water evaporates. Most are transparent and bell-shaped. Their bodies have radial symmetry, which means that the body parts extend from a central point like the spokes on a wheel. If you cut a jellyfish in half at any point, you'll always get equal halves. Jellyfish have very simple bodies -- they don't have bones, abrain or a heart. To see light, detect smells and orient themselves, they have rudimentary sensory nerves at the base of their tentacles.
A jellyfish's body generally comprises six basic parts:

An adult jellyfish is a medusa (plural: medusae), named after Medusa, the mythological creature with snakes for hair who could turn humans to stone with a glance. After the male releases its sperm through its orifice into the water, the sperm swim into the female's orifice and fertilize the eggs.

Several dozen jellyfish larvae can hatch at once. They eventually float out on the currents and look for a solid surface on which to attach, such as a rock. When they attach they become polyps -- hollow cylinders with a mouth and tentacles at the top. The polyps later bud into young jellyfish called ephyrae. After a few weeks, the jellyfish float away and grow into mature medusae. A medusa can live for about three to six months.
WHEN JELLYFISH ATTACK!
It sounds like something out of an old "Godzilla" movie: Giant sea monsters have invaded Japanese waters. They're 6 feet long and weigh up to 450 pounds. They have wreaked havoc on the country's fishing industry, and inflicted at least a few deadly stings on humans. They were even responsible for temporarily shutting a nuclear power plant after they lodged in its cooling system. These creatures were jellyfish, which the Japanese call echizen kurage. Some experts blame the influx of jellyfish on heavy rains in China, which they say drove the sea creatures into Japanese waters. Fortunately, the Japanese have found a use for many of the enormous jellyfish they've caught: dried, salted jellyfish, anyone?