Posts : 680
Equity Stars : 4278
Reputation : 1
Join date : 2015-05-11
JKH, the market's largest and said to be one of the most liquid of its blue chip stocks didn't trade for a record second day running yesterday, an interpretation that the market is holding on to their horses till the results of the general elections of 17 August, 2015 are known, before making their next move, sources told Ceylon FT.
However, other sources said that the market was waiting for former President Mahinda Rajapaksa's declaration of today, before deciding on their next move. If Rajapaksa signals that he will be going it alone at the 17 August poll, the market will consider that being a positive move as they would feel that it would give a thrust for the market friendly UNP to win the poll, they said.

But if Rajapaksa announces that he's supporting the SLFP/UPFA at the next poll, then the market would perceive that sentiment to be negative, they said.
As a result, the market on a low Rs 651.58 million turnover and on a 22.17 million share volume (SV), saw the benchmark ASPi decline by 0.16% to 7,020.80 points and the more sensitive S&P SL 20 Index by 0.10% to 3,908.03 points at yesterday's trading.

Foreigners continued to exit from the market due to the current political uncertainty, this time led by Com Bank, the market's third largest capitalized stock. As a result, the bourse suffered a net foreign outflow of Rs 82.15 million at yesterday's trading, thereby also causing downward pressure on the rupee.

Com Bank is also captured by the S&P. Meanwhile, nearly a third of yesterday's SVs were contributed by three penny stocks, namely Lakshapana Batteries (3.63 million), Nation Lanka Finance (1.37 million) and FLC Hydropower (1.25 million shares) respectively.
Meanwhile, due to heavy government borrowing, the weighted average yields of 91 and 182 day maturities increased by three basis points each 6.11% and 6.21% respectively, while that of the 364 day maturity remained unchanged a 6.28% at yesterday's auction.

The market borrowed Rs 19,075 million by selling Treasury (T) Bills yesterday, Rs 925 million short over its original target of Rs 20,000 million. With yesterday's borrowings, that has taken government's borrowings by selling T Bills and T Bonds to the market in the first half of the year to Rs 914,622 million.

The previous regime in the same period last year borrowed a minuscule Rs 428,209 million, under half of the current regime's borrowings. Meanwhile, the present regime is set to borrow another Rs 10,000 million by selling T Bonds to the market tomorrow.
Courtesy: Ceylon Financial Today 1 July 2015 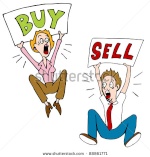 @ronstyn wrote:Trading in JKH shares and warrants were suspended from 29th june to 2nd July to update CDS records.

Re: JKH not traded for record 2nd day