» What will happen tomorrow?
by Wickyz Yesterday at 6:34 pm 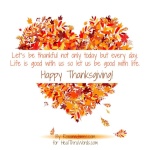 I also like to see some interesting article  which are related  to investments and will help young entrepreneurs to have positive thought about our countries future and investment environment and will give confidents to us.also to invest our hard earned money.

I saw this article that appeared on LBO.lk which I copy below;

Aug 10, 2015 (LBO) – Sri Lanka’s Prime Minister Ranil Wickremesinghe said, the government will provide freehold land titles for those who have enjoyed occupation of land under different government schemes since 1931.
“We want to encourage small ownership, a strong middle class and this is why we will be giving full hold to the all lands issued on permits from 1931, whether it will be a land for agriculture , lands for building houses or even flats,” Wickremesinghe told the Economic Summit held last week.
“We expect about two or 2.5 million freehold titles to come to the market, empowering the people and rejuvenating their lives and the economy.”
He says the government will also push the Western Megapolis project which was planned in 2004, encompassing eight million people to spur the Island’s development.
“If any Asian country wants to develop, you need a large city, you can’t run only with Colombo,” Wickremesinghe said.
“So we are looking at a highly developed western province,”
“We can beatify Colombo more but Colombo’s population won’t increase,”
“About 500,000 housing units to be promoted by the public and private sector to be available to the people especially to the middle class and the working class.”
Wickremesinghe said, through these measures, key capital cities will foster growth.

with the forum permission I like to see more  articles that will interest all of us.

Not having deal-able titles for their lands is a major problem they have in rural ares. You can find enough land lots but the owners find it difficult to sell due to this hindrance.

Bargain hunters will roam all over the Island to collect good lands if this programme materialized.

Posts : 442
Equity Stars : 3013
Reputation : 23
Join date : 2014-10-26
This will creat many land owners , give them dignity and encouragement and happiness .on the other hand have some impact of house and land sales price as more supply creat lesser demand that will have effect on the prices.

This may be also a vote winner for the party concern among the middle class voters.

Re: 2.5million freehold lands to come into market