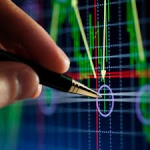 Posts : 299
Equity Stars : 2897
Reputation : 4
Join date : 2014-09-29
Some info about TPP, which is a death trap for developing countries and any other country apart from countries who are part of ~TPP
And with Trump become US President, it will not go ahead as expected .Which is great news for workers, other countries around the world.Even it go ahead , it will take many more years as Trump was against it as well as Good people from Democrats  -Bernie Sanders. Any one with basic decency will not say yes to TPP.
[size=30]Trans-Pacific Partnership Agreement[/size]

What Is the Trans-Pacific Partnership Agreement (TPP)?
The Trans-Pacific Partnership (TPP) is a secretive, multinational trade agreement that threatens to extend restrictive intellectual property (IP) laws across the globe and rewrite international rules on its enforcement. The main problems are two-fold:
(1) Digital Policies that Benefit Big Corporations at the Expense of the Public: The IP chapter would have extensive negative ramifications for users’ freedom of expression, right to privacy and due process, as well as hindering peoples' abilities to innovate. Other chapters of the agreement encourage your personal data to be sent borders with limited protection for your privacy, and allow foreign corporations to sue countries for laws or regulations that promote the public interest,
(2) Lack of Transparency: The entire process has shut out multi-stakeholder participation and is shrouded in secrecy.
The twelve nations that negotiated the TPP are the U.S., Japan, Australia, Peru, Malaysia, Vietnam, New Zealand, Chile, Singapore, Canada, Mexico, and Brunei Darussalam. The TPP contains a chapter on intellectual property covering copyright, trademarks, and patents. The official release of the final TPP text confirmed what we had long feared: that U.S. negotiators pushed for the adoption of copyright measures far more restrictive than currently required by international treaties, including the controversial Anti-Counterfeiting Trade Agreement (ACTA).

The TPP Will Rewrite Global Rules on Intellectual Property Enforcement
All signatory countries will be required to conform their domestic laws and policies to the provisions of the Agreement. In the U.S., this will further entrench controversial aspects of U.S. copyright law—such as the Digital Millennium Copyright Act (DMCA)—and restrict the ability of Congress to engage in domestic law reform to meet the evolving needs of American citizens and the innovative technology sector. Overall, the TPP's provisions that recognize the rights of the public are non-binding, whereas almost everything that benefits rightsholders is binding.

The final IP chapter includes many detailed requirements that are more restrictive than current international standards, and would require significant changes to other countries’ copyright laws. These include obligations for countries to:

In short, countries would have to abandon any efforts to learn from the mistakes of the United States and its experience with the DMCA over the last 16 years, and adopt many of the most controversial aspects of U.S. copyright law in their entirety. At the same time, the TPP's IP chapter does not export the limitations and exceptions in the U.S. copyright regime like fair use, which have enabled freedom of expression and technological innovation to flourish in the United States. It includes only a placeholder for exceptions and limitations. This raises serious concerns about other countries’ sovereignty and the ability of national governments to set laws and policies to meet their domestic priorities.
Although the IP chapter contains the worst of the agreement's anti-user provisions, we are also concerned by provisions elsewhere that:

Why You Should Care

TPP raises significant concerns about citizens’ freedom of expression, due process, innovation, the future of the Internet’s global infrastructure, and the right of sovereign nations to develop policies and laws that best meet their domestic priorities. In sum, the TPP puts at risk some of the most fundamental rights that enable access to knowledge for the world’s citizens.
The U.S. Trade Representative (USTR) has pursued a TPP agreement that will require signatory counties to adopt heightened copyright protection that advances the agenda of the U.S. entertainment and pharmaceutical industries agendas, but omits the flexibilities and exceptions that protect Internet users and technology innovators.
The TPP will affect countries beyond the twelve that are currently involved in negotiations. Like ACTA, the TPP Agreement is a plurilateral agreement that will be used to create new heightened global IP enforcement norms. Countries that are not parties to the negotiation will likely be asked to accede to the TPP as a condition of bilateral trade agreements with the U.S. and other TPP members, or evaluated against the TPP's copyright enforcement standards in the USTR's annual Special 301 process.