» I keep seeing in the face book about the stock market but I still have no idea it is. Do you know? Stock market for beginners
by Asoka Samarakone Sat Jun 19, 2021 9:40 pm

Country is heading towards Prosperity

Posts : 97
Equity Stars : 1981
Reputation : 12
Join date : 2016-07-10
This government seems to have started going towards the mission what they started in Jan' 2015.
This is the way to go.
People who did not know the power of democratically elected govt thought by spending massive amounts of money for unions and media they can grab the power.
Just with one action of the govt. former regime started realizing it is not possible.

People in the CSE who realized this govt is going on the correct path started investing in last March. See the foreign inflow. compare it with last year. its doubled. Upto now it is the 2nd highest inflow. Previous highest I have a feeling came in after 2010 from locals who have foreign connections. From 2015 they started selling to show CSE is not doing well. In addition manipulation too started.
Look at yesterday. 76% activity by foreigners. purchases are more than 1900% of sales.
421 Mln against 25 mln.
As agreed with IMF last year, even the pricing formula for fuel should come very soon. With that Govt will be able to keep the same profits even when crude prices go up and down. Real insurance for Govt as well as LIOC. Treasury will not have to fund Ceylon Petroleum corporation any more. This is what IMF was insisting.

This formula is practiced even in India. Over 3mln shares of LIOC bought by foreigners during last few days. With guaranteed profits LIOC will definitely go beyond previous highs.   May be foreigners are 100% sure this is to come before the budget.
Next in line may be privatizations of few govt. own businesses for which govt is financing for their losses heavily.
Even if all SLFP Mp's who are keeping one feet in Mahinda camp leaves the govt, with TNA's suport UNP will have the majority in parliament. 10-15 MP's who were appointed by president through the national list of SLFP will be a bonus for the government. They were not good with Mahinda that is why they lost the elections. Govt may be able to get few MP's and can even have 2/3rd majority. I am sure even JVP prefers this govt. than previous.
There will be benefits to people with next 2 budgets because of elections in 2020 and this coalition will form the next govt as well. Have a feeling VAT too may reduce by few % points. Have a feeling Local govt. elections also will be postponed until govt. is sure of winning.
This is the way to go. There is a saying Democracy is fools paradise. Knowing this govts. will have to act accordingly.

Posts : 345
Equity Stars : 1969
Reputation : 15
Join date : 2017-05-12
It's good to be positive and expect the best. I too was positive when UNP came to power in Jan 2015. I believed that when it came to economy, UNP was a better party. It was a terrible miscalculation and I did not pull out my funds at that time from CSE. Week after, month after, year after we had to painfully watch how the market was getting battered by the actions of our Prime Minister, Ravi and former CB governor. 2 1/2 years is more than enough for the government to have shown their skills in managing our economy better than the previous government

What you have said here is contradicted by the new Finance Minister who has told the Parliament on 25th July 2017 that Sri Lanka will not be able to grow its economy till 2022. He says in Sinhala "2022 wenakan oluwa ussanna behe". According to him 2019 and 2020 will be crucial and there is little hope for Sri Lankan economy and he attributes the current state due to the loans taken by Mahinda's government.

See we have a Finance MInister who himself has stated publicly that he cannot resurrect the economy until 2022. As the Minister who is directly responsible for our economy, isn't it prudent for us to believe him, rather than anyone else?

We can't blame Mangala. The all important Finance Ministry which was under a shady, financially scandalous Minister was thrust upon Mangala despite him declining the offer, saying he knows nothing on Finance. It is the 2 leaders who appointed Ravi then and now Mangala are responsible for the decline in our economy. 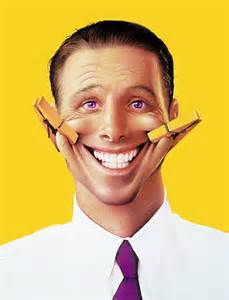 Re: Country is heading towards Prosperity