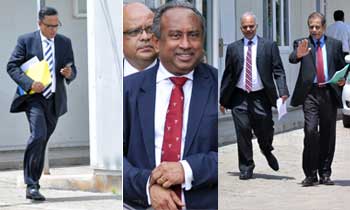 During startling evidence by eight witness from the three state banks (BoC, NSB and People’s Bank), before the PCoI it was revealed that former Finance Minister Ravi Karunanayake had asked state banks to bid at lower rates at two bond auctions with the assurance that other bids at higher rates would not be accepted. However, on both occasions at those auctions the CBSL had accepted bids much more than the advertised amount and at much higher rates.
At the onset of the yesterday’s proceedings, the Commission summoned CEO and the General Manager of People’s Bank, Vasantha Kumar to testify before the Commission.
At this moment, Senior State Counsel (SSC) Shaida Barrie who led the evidence, played before the Commission one of the deleted phone conversations between Arjun Aloysius and PTL CEO Kasuna Palisena which took place in the morning of March 29, 2016.
On March 29, 2016 and March 31, 2016, the Central Bank of Sri Lanka had held two bond auctions to raise funds to the Government. The advertised amount at the March 29, 2016 auction was Rs. 40 billion and it had ultimately accepted Rs. 76 billion. The advertised amount of the March 31, 2016 auction was Rs. 25 billion and had accepted amount was Rs. 50 billion.
In this phone conversation, Aloysius was instructing his CEO Palisena on how to bid at the March 29, 2016 auction referring to vital information he received from different sources. This conversation took place during mid-morning on the March 29 auction day.
Aloysius in the conversation says that there was a “state banks meeting” that had taken place closer to that day. According to what happened at that meeting, Aloysius tells Palisena the rates at which the state banks (NSB, BoC, and People’s Bank) would bid at the March 29, 2016 auction.
In the light of this “state banks meeting” revealed in the phone conversation, General Manager of People’s Bank, Vasantha Kumar started testifying yesterday before the Commission about this particular meeting. 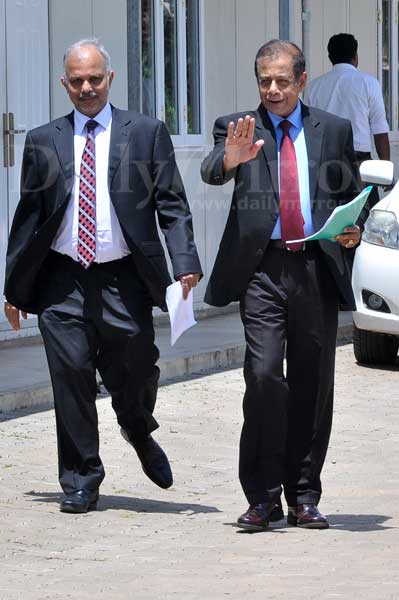 According to witness Mr. Kumar, there was a meeting called by the then Finance Minister Ravi Karunanayake on March 28, 2016 around 3.30 p.m. (day before the first auction) at the Finance Ministry.
Mr. Ravi Karunanayake had summoned all the three state banks, National Savings Bank, Bank of Ceylon and People’s Bank to this meeting.
The witness said Minister Karunanayake, Mr. Paskaralingam, representatives (including Chairmen) of the state banks, officials from the Treasury and several CBSL officials were present at this meeting.
SSC Shaida Barrie: What did Ravi Karunanayake tell you at the meeting?
Witness: He was of the view that the interest rate was very high at that time. He said with the intention of stabilizing the economy of the country the state banks have to support to get the interest rate down. He asked us to bid at a lower interest rate at the forthcoming (March 29, 2016) auction.
SSC Shaida Barrie: Were you given exact yield rates at which you should bid?
W: We were given a range of yield rates to bid on four different ISINs (International Securities Identification Number)
Range of rates given by then Minister Ravi Karunanayake
9.5% - 12.5%
12.25% - 13.20%
12.85%- 13.45%
12.90% - 13.6%
SSC Shaida Barrie: Was this range below the market prevailing rates at that time?
W: Yes. These rates were lower than what was prevailing
SSC Shaida Barrie: Weren’t you concerned about this? 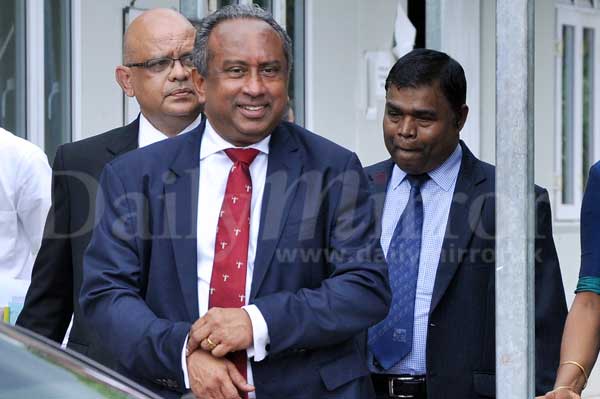 W: Even though we were concerned about this, as state banks we had to support to bring down the interest rate. But we observed that they should not accept rates higher than what was given to the state banks at the auction.
According to the witness, at the meeting, there was a discussion about a Rs. 40 billion fund requirement as advertised by the CBSL. The witness also said that there were several bonds about to mature on April 1, 2016 amounting Rs. 8 billion from the People’s Bank and the Minister wanted to re-invest them by bidding at the auction a volume of Rs, 8 billion.
The witness said that approximately Rs. 25 billion was agreed by all state banks to bid at the auction and according to the discussion reflected in the meeting the rest of the Rs. 15 billion would be covered from the captive sources (EPF, Sri Lanka Insurance Corporation)
SSC Shaida Barrie: Did you have any doubt when you left that meeting?
W: No. because Minister Ravi Karunanayake agreed that they would not accept bids at a higher rate than what was asked from the state banks at the auction.
However, the witness afterwards had communicated what was discussed at the meeting to the Treasury Operations Department of the People’s Bank and had asked them to call the CBSL Public Debt Department and verify with them that they would not accept bids at higher rates.
Accordingly an official at the Treasury Operations Department of the People’s Bank had called the Superintendent of PDD at that time Mr. Sarathchandra in the morning of March 29, 2016.
This phone conversation was played before the Commission. In this phone recording it was reflected that the People’s Bank official was seeking an assurance from Mr. Sarathchandra on the lower rates. Subsequently, Mr. Sarathchandra says that he would convey the message to the Tender Board.
When questioned, witness Mr. Kumar said that although there were occasions earlier where the Treasury had held discussions with the state banks to take the interest rate down, this was the first instance where state banks were directed to bid at a lower rate at the auctions by a Finance Minister.
However, after the March 29, 2016 auction it was revealed that the CBSL had accepted Rs. 76 billion from the bids received at the auction accepting yield rates much higher than what the state banks had placed at the auction. (The rates they were asked to bid at the meeting)
Second meeting on March 30, 2016
The witness also testified about another meeting which took place at the same venue (Finance Ministry) on March 30, 2016 (before the second auction day) chaired again by the then Finance Minister Ravi Karunanayake with the state banks in the presence Mr. Paskaralingam, officials of the Treasury and the CBSL. 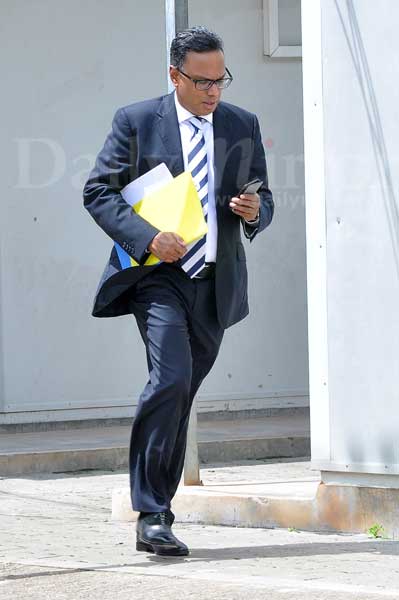 Posts : 123
Equity Stars : 1746
Reputation : 3
Join date : 2017-03-13
"MORAL SUASION" -is a persuasion tactic used by an authority (i.e. Central Bank of Srilanka) to influence and pressure, but not force, banks into adhering to policy. Tactics used are closed-door meetings with bank directors, increased severity of inspections, appeals to community spirit, or vague threats.