» EAST WEST AND ASI
by dayandacool Today at 6:44 pm

» TYKO wil start a new round to join the rally
by Vishwanarth Today at 4:06 pm

» Browns bullish on investments in local, international hotels
by samaritan Today at 10:01 am

» Expolanka Holding
by Dilip Today at 8:51 am 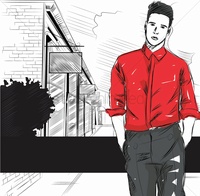 Posts : 2281
Equity Stars : 7636
Reputation : 53
Join date : 2012-01-18
Age : 39
Location : Colombo
Those who have already opened Letters of Credit (LC) in their names to import vehicles prior to the Budget proposals announced on November 9 will be allowed to clear those vehicles at the duty rates that prevailed before the Budget, the Finance Ministry said today.
The ministry said however, these vehicles should be cleared before April 30, 2018.
It said in a statement that the tax concession announced in the budget-2018 for imported brand new electric car will be extended to cover used electric cars as well, which are not more than one year old.
According to a Gazette notification issued by Minister of Finance and Mass Media Mangala Samaraweera, the duty on used electric cars that are not more than one year old will be reduced by around Rs one million.
Consequently, the duty rate applicable to electric vehicles (Less than one year old ) will be Rs 12,500 per KW power of the motor of the electric car which is less than 100 KW power.
The Ministry said in the budget-2018, the finance minister introduced an appropriate incentive structure to promote the importation of vehicles powered by non-fossil fuel.
It said the Minister had introduced a new formula for import taxes on vehicles to be levied based on the engine capacity instead of the ad-valorem rate (CIF Value of the vehicle) rationalizing the tax base on vehicle.
In addition, the Loan to Value (LTV) ratio for motor cars which is 50:50 at present will be further relaxed for Hybrid vehicles.
The Loan to Value Ratio will be revised and the Finance facilities could be provided by banks up to 50 percent of the value for petrol and diesel motor cars, 70 percent of the value for Hybrid cars and 90 percent of the value for electric cars.
Duty on locally assembled vehicle will remain as 30% and not 40 percent as announced in the budget , the ministry said.
Meanwhile, the ministry said the sale of Condominium housing unit will be liable for VAT from April 1,2018. However, sale under a sales agreement entered in to, before April 1, 2018 will not be liable for VAT.