WHY SRI LANKAN CAN NOT DO THIS

India’s stock market has become accustomed to foreign investors serving as a reliable engine of funds, with a net $59bn of money flowing in over the past six years. But so far this year that trend has reversed, with the market on course for its first year of net foreign outflows since 2011 — contributing to a hefty decline in the value of the rupee as the currency has plumbed to its weakest level versus the US dollar in recent weeks. Yet amid the foreign selling, India’s Nifty 50 stock index has climbed to a succession of record highs this year. Up 7 per cent in the year to date, the market remains near its all-time peak even after a softening in late August. These contrasting movements are the latest sign of the Indian stock market being increasingly driven by domestic investment, while foreign investors have a less powerful role to play, despite their broadly positive view on the country’s economic outlook. For centuries, Indian households have kept their savings overwhelmingly in property and gold. However, growing financial literacy, coupled with reduced fears of inflation, is now driving a surge of domestic money into the stock market. Indian equity mutual funds had net inflows of Rs780bn ($10.7bn) in the first eight months of this year, according to industry trade group AMFI, easily outweighing the net selling of Rs59bn by foreign equity investors. The domestic buying has driven the Indian market’s valuation to unusually high levels, noted Mahesh Nandurkar, Indian equity strategist at CLSA. On a price-to-earnings basis, the Nifty now enjoys a 60 per cent premium to the emerging markets average, he estimated. It is concerned about overheated valuations, rather than India’s economic outlook, that have caused foreign investors to pare their exposure to Indian stocks, said Saurabh Mukherjea, founder of Marcellus Investment Managers. “The role that foreign investors used to play has been taken over by domestic investors,” he said. “And that has pushed valuations to a level where foreign investors don’t feel comfortable.” But foreign selling in India’s debt market has been even larger, with net outflows of Rs443bn in the first eight months of the year amid tightening US monetary policy. That pushed the 10-year government bond yield this week to 8.14 per cent, its highest level since 2014, while sending the rupee to a record low of Rs72.97 to the dollar. The rupee’s slide has prompted foreign equity investors such as Robert Secker, at M&G Investments, to focus more on sectors such as IT services, which benefit because their revenues are mostly earned abroad and their costs are largely domestic. Shares in the largest of these companies, Tata Consultancy Services, have risen 66 per cent alone in the past year, against 11 per cent for the Nifty as a whole. And while the rupee’s slide has depressed foreign investors’ Indian returns in dollar terms, Mr Secker added, the country’s domestically focused economy means it is seen as a relative safe haven at a time when investors are worrying about emerging trade wars. India has its own trade headaches — notably its heavy reliance on imported oil, where rising prices have been a key factor behind the growing current account deficit that has helped sap the rupee’s value. Other metrics look more promising, said Sunny Ng, a fund manager at PineBridge Investments, highlighting the country’s “stellar” economic growth of 8.2 per cent in the second quarter. Some recent policy changes have also boosted sentiment, he added, such as a new bankruptcy code that should help boost credit growth by giving added protections to lenders.

Overseas investors turn away from Indian stocks In contrast, Indian regulators recently sparked outrage by announcing rules that barred entities owned by Indian-origin people from acting as foreign portfolio investors. An advisory panel has since advised the regulator to reconsider the move, but no reversal has yet been announced. “Whenever the stock market is roaring, the regulators tend to adopt an attitude that we don’t really need foreigners and their money,” Mr Mukherjea said. But while such heavy-handed interventions may unsettle foreign investors, he added, the soaring valuations driven by domestic inflows were having a more meaningful restraining effect on overseas investment. “Foreign investors face a richly valued market at a time when [other emerging markets] have pulled back 20 per cent,” he said. “So if you’re sitting in London, you’ll be hard pressed to explain to your CEO why you’re pumping money into India.” 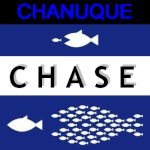 @Ruwan326, This is one of the best options to consolidate the LKR value as an EM ( or even as a frontier market ) .. But, the Human Capital of Sri Lanka should get a sound knowledge on financial statement interpretations or unbiased financial review access where anyone get actual snapshot of a PLC. Pumping external cheap money into the market will be stopped. We will not be a contagious market whenever Global Market is tumbling .. We all got to remember that the world is filled with cheap or valueless money like a bubble .. The US alone is somewhere around USD 20 Trillions .. Countries like the US would love to launder its debts to emerging markets and OPEC economies .. So they can get our goods and services in return ..

If we empower CO-OP Societies | SaNaSa | Rural Banks | all related micro economic institutions in the island to encourage its clan to participate with a sustainable portion of their savings to invest in equities as a pilot program ..