» Leisure sector- KHL vs Eden
by samaritan Today at 3:44 pm

» Maharaja after long time
by Maharaja Today at 10:15 am

» AGST is Next KOTA
by kanishkaecomm Yesterday at 2:23 pm

» Try to Avoid Getting Sucked into Any Panic Modes While Looking for Opportunities. Stock market for beginners
by D.G.Dayaratne Yesterday at 10:51 am

After you watch Please share this for a better Sri Lanka

In the latest effort to upgrade Battaramulla as the administrative capital, the Ministry of Megapolis and Western Development yesterday launched a Rs. 30 billion mixed development project in the heart of the town.

The venture aims to integrate a multi-modal transport centre that plans to locate all major administrative functions in the capital with investment from Riemersma Management Company (RMC)’s Essar Project on a public-private partnership basis.

The project will initiate its plans in a 415-perch land plot, with the Koswatta to Kaduwela main road running behind it and the Battaramulla to Rajagiriya main road running in front. It proposes to build two towers with 35 storeys and 26 storeys, the first allocating a net space of 20,000 square metres for government and private offices, and the latter with 250 standard apartments and 100 hotel apartments.

The project will also be part of a Light Rail Transport (LRT) system which will run from Kaduwela to Fort. In addition, the apartments will be priced targeting the employees in the area. The entire project is expected to be completed within the next five years.

“This mix development project, which was launched as a public-private partnership project, is an important milestone project for our Ministry. This project proposes to locate all major administrative functions within municipalities of Kaduwela, Sri Jayawardenapura Kotte, Urban Council of Maharagama, and Pradeshiya Sabha of Kotikawatta-Mulleriyawa, and integrate these identified areas of the administrative capital, and gazette and declare it as separate Municipal Council in the future,” the Minister of Megapolis and Western Development Patali Champika Ranawaka stated at the launch.

The lease declaration for the land plot, which was leased to Essar Project for a 99-year lease for Rs. 1.4 billion, was handed to the investors at the launch by the dignitaries. Speaking at the launch, RMC’s Essar Project Managing Partner Kier Riemersma voiced their gratitude for the opportunity given to participate in the development of Sri Lanka and detailed the plans the project holds.

“The most important aspect of this project in our perspective is the job creation and the economic development. We have long looked at Sri Lanka as a strong area for foreign direct investment. This project is the first step in that process,” he stated.

“We oversee the entire project, which includes putting the investment consortium together, procuring the design team, the engineering team, the construction company, the hotel operator as well as sales, leasing, and management for the project,” he added.

The project declaration of investment for the lease was handed over by the Minister of Megapolis and Western Development to the investors at the ceremony.

Posts : 2708
Equity Stars : 5140
Reputation : 108
Join date : 2016-09-16
Age : 43
There was a time Maharaja and few members ask to sell your portfolio and exit, yet I continue my work and encourage newcomers/members to continue in CSE and pick great counters @ discounted price.


ASI will test 6500 in coming days and now the forum is filled with manipulators/promoters/crooks etc ask you to buy- sell-hold-average-giving ranges-ask to sell one and buy another.


It seems some members active these days born with all the knowledge about Stock market shares and acts like the owner of the certain company stocks.


Whenever someone promoting a share/news without proper analysis and resource type the share name in search, EX 1-search BFN/Orient finance kalu351 comes first ,2- UBC/Union bank and MarketWch comes first.You can see the history and  their backup profiles and new profiles also supporting same share over and over.


Nobody can predict/give 100% accurate information about deals/News or analysis …etc and only you can pick the great counters @right time @right price. EX 1- no one predict CSEC yet if you pick the share below 20/= it went 40+ after the deal. EX-2 if you collected HUNA under 90/= it went 180+.


Do your own analysis first before you invest/trade. Don't fall for deals/news/day trading promoters etc.... There are few forums you can get all the help and analysis and many sites to get information on shares ,but not this forum.


If the first day a politician did a mistake have been punished according to Sri lankan LAW this country will not become like this. This forum is filled with manipulators/crooks/promoters and they have a group, even the Admin and moderates are sleeping or some say they are crooks too.


I will continue my work in THE EQUITYCHECK & THE INVESTOR SENTIMENTand you can get all the info/news/analysis in those forums. Admin & moderates are active 24/7 and no crooks/promoters/manipulators etc and 100% safe places.


I never had any personnel problem with any member and if any means someone got hurt by me/my posts I apologies.


If you save/gain something from my posts please continue sharing accurate news/analysis etc to the fellow members.


So I am logging out permanently from SLEF as ruwan326(I don’t have any other account or wish to create one here in SLEF) and wish all the forum members good luck and happy /safe trading.


I saw some decent/genuine new comers and if they or anyone likes they can continue on posts I created. 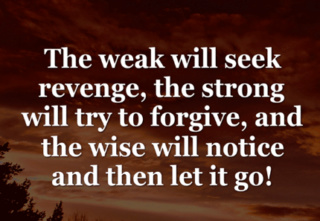 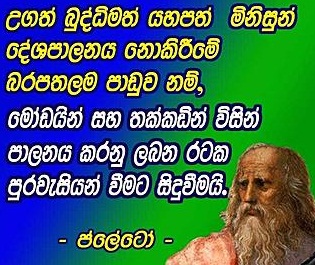