» GLAS will be winner with Super Gain.
by Promoney Yesterday at 8:19 pm

CNN selects Lanka as best place to visit in 2020 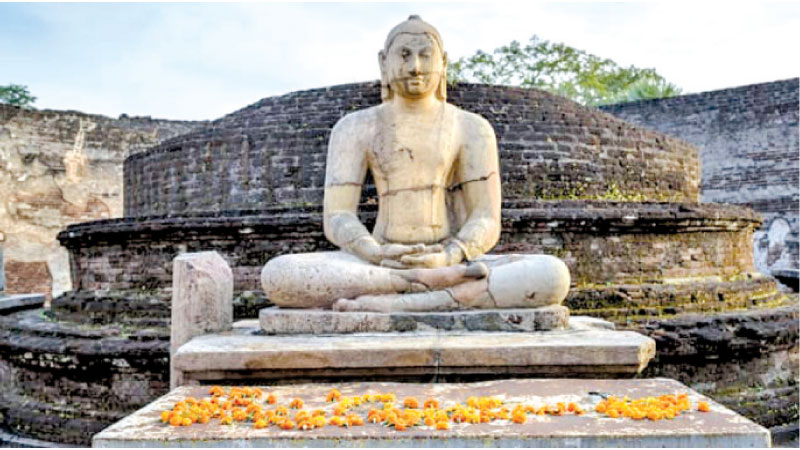 The ancient city of Polonnaruwa which was Sri Lanka’s capital in the 12th century, is a UNESCO Heritage site. Jorge Fernández/LightRocket/Getty Images
US based CNN Travel has included Sri Lanka along with 19 other countries as ‘20 best places to visit’ for 2020’
“Whether you want to relax on a remote island off the coast of Africa, ride Germany’s coolest trains or spot howling monkeys in South America, there is much to explore heading into a new decade in 2020,” the CNN Travel said.
Japan will be hosting the Summer Olympics, Jamaica will be marking the late Bob Marley’s 75th birthday, and Washington will be on pins and needles for much of the year preparing for the US presidential election, it adds.
CNN Travel’s 20 places to visit in 2020, in alphabetical order:
Chile Lake District, Copenhagen, Denmark, The Dead Sea, Dominica, Estonia, Galway, Ireland, Jamaica, Kazakhstan, Kyushu Japan, New Caledonia, Parity and Ilha Grande, Brazil, São Tomé and Príncipe, St. Petersburg, Russia, Sri Lanka, Tunisia, Vancouver Island, British Colombia, Washington, D.C., Wuppertal, Germany, Wyoming and Zambia.
Following is the quote CNN Travel had on Sri Lanka …

The South Asian island nation of Sri Lanka is as ancient as it is beautiful; as complex a civilization now as at any time in its 2,000-year history. Despite recent tumult (the horrific terror attacks last Easter), Sri Lanka remains an essential destination, an epicenter of history, with relics and ruins, temples and palaces, wildlife running free.
Sitting in the Indian Ocean off the southeastern tip of India, travelers may default to thinking of Sri Lanka as a beach getaway. But to truly immerse yourself in the country’s history, go inland and tour the country’s cultural triangle.
Start in the ancient city of Polonnaruwa, which was the country’s capital in the 12th century. This UNESCO Heritage site is comprised of the ruins of Buddhist temples and dagobas (dome-shaped shrines) and is frequented by Buddhist monks in orange robes.
A little over an hour to the west by car is the rock fortress, Sigiriya. Sometimes referred to as the “Eighth Wonder of the World,” this ancient volcanic formation that soars over 200 meters (656 feet) high was developed into a palace fortress in the latter half of the 5th century. Another UNESCO World Heritage site, Sigiriya is one of the most-visited landmarks in Sri Lanka.
Don’t miss: The Kandy Esala Perahera (June 26-July 16) is an annual festival honoring the Sacred Tooth Relic, believed to be the Buddha’s actual tooth. Also not to be missed: “The Gathering,” where herds of wild elephants migrate to the shores of an ancient reservoir in north-central Sri Lanka’s Minneriya National Park (July through early November). - Brekke Fletcher