Battle for Board seats hots up at HNB 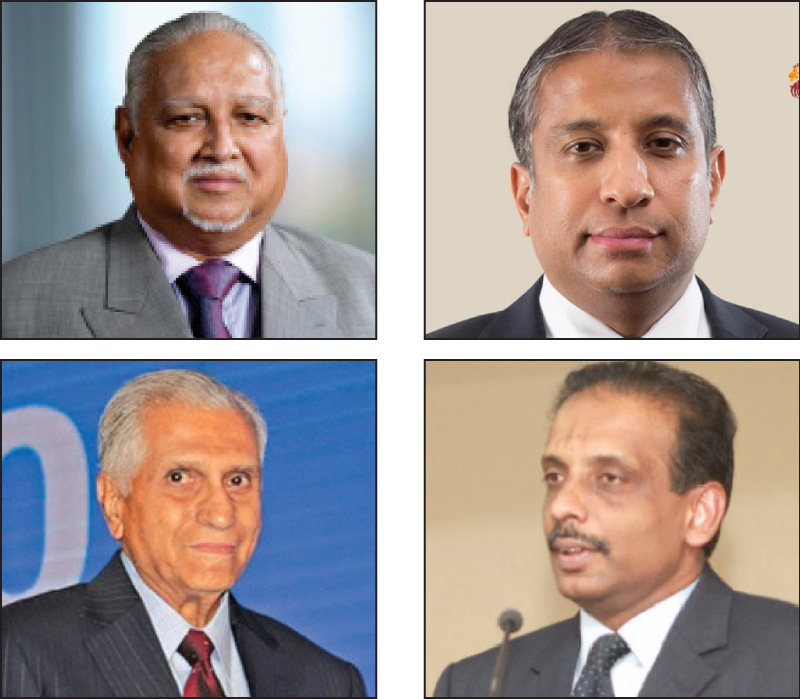 
The country’s second-largest private sector bank, HNB is seeing a heated battle for seats on its Board in what analysts see as a four-way fight, involving business tycoon Harry Jayawardena, the Finance Ministry, the Captains Group, and the latest entrant Browns investment in the form of Ishara Nanayakkara.

The effects of the internal battle have spilled over to the general public with some people even resorting to using WhatsApp, sending anonymous mails and also slandering Director and veteran banker Nilantha de Silva and Acting Chairman, the highly-respected corporate lawyer Dr. Harsha Cabral PC.

“These kinds of cheap tactics are disgraceful and must not be resorted to by people aspiring to sit on private sector bank boards,” opined analysts.

Recently, Dinesh Weerakkody stepped down as Chairman and the battle for a seat on the HNB Board has since intensified. At present there are 11 Directors on HNB Board and two seats are vacant.

Both Captains (whose stake is around 8.4%) and Jayawardena (owning 17.8%) have one director each. Jayawardena, who has had two directors for several years in the past, wants his second director.

The grouse that Jayawardena has is that though he owns nearly an 18% stake, his voting rights are restricted to 10% whilst the State institutions can freely work together, “acting in concert”.

The State institutions collectively have around 23% of HNBs voting shares (Sri Lanka Insurance Corporation (13.3%), EPF (9.75%), ETF (1%)), but are not restricted in their voting rights. This has been raised in many public forums, but the Central Bank has ignored the concerns raised by several shareholders to have a uniform policy. Analysts said in certain banks such as NTB and Union Bank this rule does not apply for the large shareholders or they have been given extended time.

Analysts also pointed out that many governments unfortunately have interfered in private sector banks by using the State-Owned Enterprises (SOEs) and the EPF shareholding to either remove or appoint directors. They have or attempted to turn them unfortunately into State-like banks and politicising the private banks.

“The politicisation of private banks needs to stop for these banks to take independent lending decisions,” they added.

“Banks live on public deposits not on shareholder funds; therefore, it is important for their stability to rid them off of all political interference. The collapse of several finance companies due to bad governance is a clear reminder that professionalism and integrity of the Board of Directors is a must for the survival and growth of a financial institution,” they opined.

The four groups at HNB collectively control more than 50% of the bank.

“This not good for a private bank. The 10% or the 15% must apply to all shareholders,” other analysts opined.

Dinesh Weerakkody to be replaced by Samantha Rajapaksa as HNB Chairman

By The Sunday Morning Business

The Chairman of one of the leading private banks in the country, Hatton National Bank (HNB), Dinesh Weerakkody is set to be replaced by Samantha Rajapaksa, The Morning Business exclusively learns.

The appointment is expected to be announced following the Bank’s Annual General Meeting (AGM), which will be held today (30) at HNB Towers.

He is the Group Managing Director of Associated Motorways Ltd., a fully-owned subsidiary of the Al-Futtaim Group of the United Arab Emirates. He also currently holds directorships on the Boards of Asiri Hospitals Holdings PLC and Asiri Surgical Hospital PLC, where he also chairs the respective Audit Committees.

He is also a Non-Executive Director at AMW Capital Leasing and Finance PLC. He began his career at Ernst & Young. He went on to serve as Director/General Manager at Informatics International.

Thereafter, he took on the appointment of Director/CEO of CF Venture Fund Ltd. He was also appointed as a Group Director of Central Finance Co. Plc during the same period. He thereon took a posting overseas as Senior Project Manager at AT&T Inc., USA

He returned to Sri Lanka in 2008 to take up the appointment as Group Director of Kshatriya Holdings PLC, and thereafter joined as a Group Director of the Softlogic Group, responsible for group business development and as Director/CEO of Softlogic Communications Ltd. handling the Nokia operations in Sri Lanka and the Maldives. He joined AMW in April 2012.

Appointed as Director in June 2017 and Chairman in May 2018, Dinesh Weerakkody is the Chairman of the National Human Resource Development Council of Sri Lanka and Cornucopia Sri Lanka. He holds several honorary Advisory roles in the current Government.

When contacted, Samantha Rajapaksa refused to comment but added that “nothing has been confirmed”, as of last evening.

Meanwhile, Weerakkody denied these reports, when asked whether Rajapaksa is going to replace him.

“He is not even on the HNB Board. You will get to know after the AGM tomorrow (30),” Weerakkody told us yesterday (29).

» Two Dhamikas For SEC Chairman & DG seats
» Battle between PLC & JINS
» Cheers! Battle of the beers
» Difference between Dirisavi board and Main board.
» Sri Lanka: Did Central Bank request Banks & Financial Institutions to control their Directors Behaviour at Board Meetings after Harry J's Daughter scold HNB CEO Jonathan Alles for rejecting Dinesh Weerakkody to Board? - Sources