If Facebook killed Myspace will Google+ kill THE social network?

If Facebook killed Myspace will Google+ kill THE social network?

With more than 600 million users and an estimated market value somewhere between US$50 and $100 billion, Facebook seems unstoppable. Only on Tuesday I overheard a middle-aged couple on a Blue Mountains train suddenly realise that some people were going to miss the weekend BBQ because, well, they’d invited “all their friends” on Facebook and forgot… damn.

As this Business Insider Chart of the Day shows, people have been giving Facebook more minutes of eyeball than Google since December 2009. Facebook continues to grow. Google has hit a plateau. 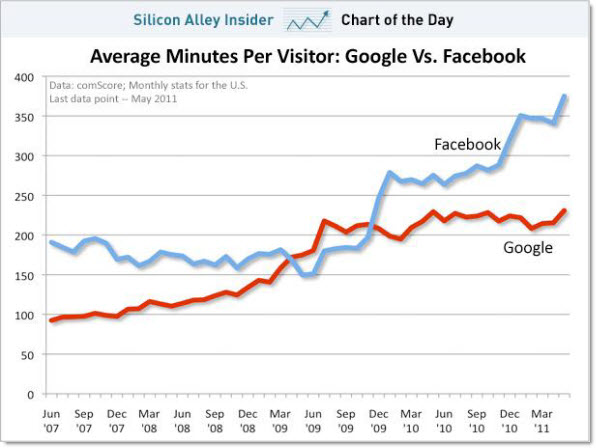 “Facebook is becoming its own private internet within the internet that Google can’t crack. Without that information it becomes a less valuable property,” says BI. Yep, that’s precisely Facebook’s strategy. That, and persuade you by hook, crook or Farmville to spend even more time and hand over even more personal data.

But Facebook could be knocked out of the top spot. It’s not as if there aren’t precedents. Netscape. AOL. Geocities, “the Angkor Wat of cyberspace”. Thanks, Viveka. Second Life (too harsh?). Lycos. Excite. Looksmart. Mogenic, for Teh Gayz. Play along at home if you like.

Rupert Murdoch’s mob bought MySpace in 2005, back when the orthography was MySpace, for US$580 million. By 2008 their audience had grown to 80 million unique visitors a month. But that same year Facebook surged past. Facebook has now grown to 160 million uniques a month and counting. Myspace has contracted.

Despite a name change to Myspace and even My_____, despite a shift to a music and entertainment focus, they don’t even pull 40 million uniques these days. And don’t talk about the eyeball time.

In internetland, if you’re not growing all cancerous-like then you’re nothing. Myspace didn’t just commit the cardinal sin of flatlining. They went backwards.

All Rupert got for Myspace was a measly US$35 million from Specific Media, an advertising marketing firm. Still, that gets them access to the personal data, preferences and habits of around 40 million people for a buck each. Not a bad deal, given that your privacy is a tradeable commodity.

So, could Google provide a sufficiently persuasive reason for people to re-enter all their social links and party photos? The sarcastic wits at xkcd have nailed it. 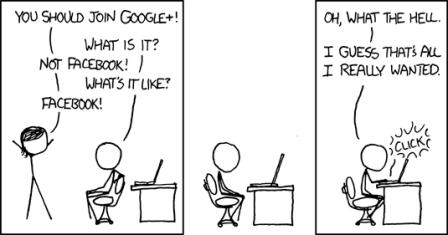 Yep, Google is not Facebook, and Facebook are bastards. There’s plenty of ill feeling against Facebook, thanks to their continual trickery with privacy settings. Google are still the good guys. Despite that thing with the Wi-Fi data. And that other thing with Buzz.

Exactomundo! It ain’t just the early adopters any more, willing and eager to try something new. Now Facebook is, well, us. More Australians who use the internet do have a Facebook profile than don’t.

As for Myspace, some commentators are making much of the fact that musician and actor Justin Timberlake is now a minority investor. With his music industry connections and his experience at pretending to be Sean Parker — see, I told you there was a movie! — maybe Myspace can beat Facebook again though the power of music.

Except that Myspace ain’t no Apple, the world’s biggest music retailer. They’re no Google, with US$35 billion in cash reserves and a handle on everything you search for and, if you use Gmail, even the contents of your email. They’re no Facebook, we did that one already. No, Facebook has far too great a head start. They win.

Or, I’ll be proven totally wrong by this time next year.

Let it kill. Fb is a pest

BTW, If you are a Facebook user and if I were you I would switch off the Face detection "feature". It can do nasty thing to you. For your safety think long term not short term coolness on this feature.

BTW, if someone wants to get a taste of what is coming with Google+
http://www.google.com/+/demo/
https://plus.google.com/up/start/?sw=1&type=st


Google will have a hard drive competing with Facebook initially, but what about all those people who also have google account and huge address books with gmail ;-) . With all in one account integration , Google maybe you are upto something.

BTW, for those who might not be aware, Google employee policies are some of the coolest I have seen. 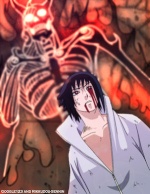 99% bet on Facebook to win. Unless there is a way to port the current Facebook user contents to Google(Highly unlikely). Facebook already has so much of my personal contents for which I do not have any other backup for the last few years. I think same goes for millions of other users. But, its good for the users that Google is providing some competition. It will force Facebook to rethink some of the negative aspects of there service. 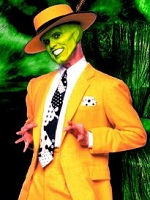 This type of competition is always good. However, I always loved google and gmail and wish that google bought skype as well.

Yeah they bought it but I wish google bought it as well. Now it always opens with an ad.

facebook did kill people,and it will..it has become a place where idlers place,i have an FB acct,but i rarely log in,i dont know how ppl find time to interact in FB...