» A Strong bounce back of ASI is on the cards
by dayandacool Today at 7:11 pm

ASI negative for the first time compared to last year 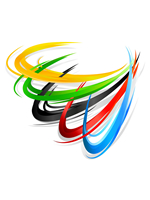 Some stocks that I look at have stopped declining in price.

SPEN has been going down from 200 - 135 and now is fluctuating are 140 where many big buys and crossings have taken place.

The same can be said about AHUN, which has fallen from 100 to 75 where a lot of big trades and crossings have taken place.

SEYB seems to have stopped falling drastically. As I've mentioned before, I suspected that this was due to some major rights collection by the big players and I THINK i'm right. Out of the 40m rights issued for voting, BROWNS and LOLC have purchased 16mn between them (thats 8mn allotted and 8mn additional), Dr. Senthilverl has purchased his 4mn, and there is a new investor who has collected 10mn. That's 30mn out of the 40mn rights accounted for at a purchase price of 75 and over. My money is that the same thing is happening to HNB.

DIST hasn't lost a lot of value since everything started falling... seems to be steady

TOKYO.X has hardly lost a lot of ground comparatively... early 40s to 38 whereas it was less than 30 last July.

LFIN and RCL have maintained price (we know why)

SAMP seems to have stopped depreciating around 230's.

COMB.X hasn't lost too much ground.

These are SOME of the stocks that I've watched and noticed...there are obviously a lot of stocks that are still in decline but my point is, that I'm starting to make out certain price floors for certain shares whereas everything was free falling and uncertain a few weeks/months ago.

...on the other hand, i could be terribly wrong about everything. These are just my opinions and it is important to note that nobody generally takes me seriously, so I wouldn't take anything I've said to heart.

No chance!! that's to say that the ASI will have to fall 99 points per day till end of August... that's a 1.5% fall tomorrow all the way to a 1.6% fall on the 31st of August. Given that some of the counters are already nearing prices when the ASI was at 5500 points, I find it hard to see the market fall that much further.

Posts : 554
Equity Stars : 4294
Reputation : 52
Join date : 2011-03-24
At least NOW SEC must take some action to control the IPOs and RIGHTS issues. Otherwise market will crash very soon. Majority will exit(already started) Never able to attract FD for capital market or for projects. Bad image on Stock market will cause for reducing ability to borrow credit(for the country).This would effect the entire economy.Therefore GOVT should consider this as a serious drawback and take all necessary remedial steps to rebuild the confidence.

You never spoke to me!
I never told that to anyone.

Anyway we will know in 6 weeks time. I wish I were wrong.

Now, its red in the morning and recovers later...

A transition from Sellers market to Buyers market ?

Re: ASI negative for the first time compared to last year