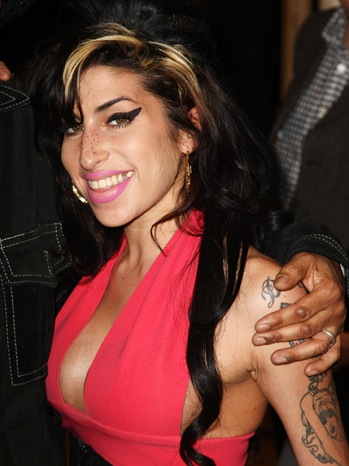 Following the singer's sudden passing, the industry pays their respect via social media.
Amy Winehouse was found dead in her London flat on Saturday, according to multiple reports. The troubled singer was just 27-years old.
While not many were surprised by her passing, the death shook Hollywood with many stars paying their respects on Twitter and Facebook.

Dr. Drew, who often weighs in on celebrities suffering from substance abuse, said "SO sad, another lost to addiction. A reminder this is often a fatal condition. Recovery is possible, but sadly not for Amy Winehouse."

Kelly Osbourne, a friend of Winehouse's, struggled with the news. "I can't even breathe right now I'm crying so hard I just lost 1 of my best friends. I love you forever Amy & will never forget the real you!"

Songstress Rihanna tweeted, "I am genuinely heartbroken about this #DearAmy."

Fellow Brit Kate Moss wrote, "R.I.P Amy Winehouse, So upset, my heart goes out to her, sad to see such talent vanish from the world #RIP."

Fellow musician Janelle Monae wrote, "Heart is heavy. My heart goes out 2 Amy Winehouse's family, loved ones. Praying for their strength during this time."

Moby, who was with Winehouse during her now infamous performance in Serbia, issued an apology. "After our show in serbia I wish I'd been able to help amy. I'm sorry," he said.

Though Kelly Clarkson didn't know Winehouse personally, she took a great deal of time and thought while reflecting on the bigger picture.

"I heard the news about Amy Winehouse. I'm incredibly sad. I didn't know her but I met her a few times and got to hear her sing before she blew up. She was a beautiful and talented girl. I'm angry. What a waste of a gifted person. What a shame she saw no hope and continued living her life in that manor," she wrote. "I have been that low emotionally and mentally and that is overwhelming. I keep asking myself why some of us are spared and the others are made examples. I'm very angry and sad. I don't know why it's bothering me so much. Sometimes I think this job will be the death of us all, or at least the emotional death of us all. Maybe that is why as a little kid in sunday school I learned that God didn't want false gods or idols. I thought it was terribly selfish of God as a child but I think I get it now. He didn't want us following people or things that are imperfect and not so much for the followers but for the gods and/or idols who will never be what everyone wishes or needs them to be because we are made imperfect. He knew we wouldn't be able to handle the pressure, the shame, the glory, or the power the spotlight brings. I am distraught. I am also extremely grateful and thankful for the people who love me and support me. Without such amazing friends and family who knows where I'd be. My thoughts and prayers are with her friends and family. I am so sorry for your loss. I pray for peace in your hearts."

As for Winehouse herself, the late songstress last tweeted on Thursday, July 7th.

"Make sure you all download your copy of #GoodForTheSoul," she wrote. "The incredible album by the amazing @dionneofficial. OUT NOW!"

The Recording Academy paid their respects in the following statement, issued by President/CEO Neil Portnow:

"Five-time GRAMMY winner Amy Winehouse was a dynamic performer and musician who seamlessly blended rock, jazz, pop, and soul and created a sound all her own. Her rich, soulful and unique voice reflected her honest songwriting and earned her a devoted fan following, critical acclaim, and the genuine respect and admiration of her musical peers. She will forever be remembered for her immense talent, and her music will live on for generations to come. Our deepest sympathies go out to her family, friends, and fans during this difficult time."

Posts : 336
Equity Stars : 4206
Reputation : 21
Join date : 2011-07-02
Location : Colombo
Death is something which is unbearable to absorb specially for the closely related ones. Let the good God always be with them. 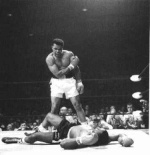 love this song by her
god bless her

Re: Amy Winehouse's Death: What Hollywood is Saying