Rajaratnam Prison Sentence of More Than 24 Years Sought by Prosecutors 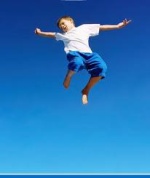 Posts : 148
Equity Stars : 3900
Reputation : 6
Join date : 2011-03-11
Galleon Group LLC co-founder Raj Rajaratnam, labeled by prosecutors as the “face of illegal insider trading,” should spend as long as 24 years and five months in prison, the U.S. told the judge who will sentence him.
Lawyers for Rajaratnam, in a separate court filing yesterday, asked U.S. District Judge Richard Holwell in Manhattan for a prison term “substantially below” what federal guidelines recommend. Rajaratnam’s attorneys, citing their client’s poor health, urged Holwell not to force him to die in prison.
Rajaratnam, 54, was convicted in May of all 14 criminal counts of conspiracy and securities fraud he was charged with. He’s scheduled to be sentenced Sept. 27. Prosecutors said he should serve at least 19 years, seven months in prison.
“Rajaratnam repeatedly leveraged the power of money and his position as the head of a $7 billion hedge fund to induce friends, employees and associates to participate in his criminal activities,” Justice Department lawyers said in their sentencing memorandum yesterday. “He is the modern face of illegal insider trading.”
Prosecutors called Rajaratnam the most “egregious violator” of insider-trading laws ever to be caught. He engaged in a seven-year conspiracy to trade on inside information from corporate executives, bankers, consultants, traders and directors of public companies including Goldman Sachs Group Inc. (GS), they said. He gained $63.8 million as a result of the scheme, according to the government.
Intel, Google
Rajaratnam used the information to trade ahead of public announcements about earnings, forecasts, mergers and spinoffs involving more than a dozen companies, according to evidence presented during Rajaratnam’s trial. His trades covered Intel Corp. (INTC), Google Inc. (GOOG), ATI Technologies Inc. and Clearwire Corp.
Prosecutors called Rajaratnam a “fundamentally deceptive and dishonest person.” They said he lied under oath in a civil deposition and told others how to avoid detection. They also urged the judge to send a message of “deterrence” to combat the “rampant insider trading during the last several years.”
“Rajaratnam represents the worst of illegal insider trading,” prosecutors wrote. They compared him to Enron Corp.’s Jeffrey Skilling and WorldCom Inc.’s Bernard Ebbers, convicted in what prosecutors called “the worst of accounting frauds,” and Bernard Madoff, who they said represents “the worst of Ponzi schemes.” Skilling was sentenced to 24 years, Ebbers to 25 years, and Madoff to 150 years.
Guidelines Advisory
Prosecutors and defense lawyers are awaiting a pre- sentencing report from the federal probation office to help determine a range under U.S. sentencing guidelines, according to yesterday’s filing by John Dowd, the lead lawyer for Rajaratnam. Holwell is free to disregard the guidelines, which are advisory.
“Mr. Rajaratnam is not a healthy man,” his lawyers wrote, citing “significant and challenging medical issues” that are known to the court’s probation department. “His death will be hastened by a term of imprisonment,” they said.
Rajaratnam’s lawyers submitted letters on his behalf from his family members, former business associates, ex-employees and even his apartment doorman. Some of the letters detail what the defense said is more than $45 million in charitable donations by Rajaratnam in the U.S. and abroad, including millions of dollars to help victims of a tsunami that devastated his native Sri Lanka.
‘Enriched’ Lives
“Whereas the crimes of his conviction had not a single identifiable victim, his charitable acts enriched countless lives,” Dowd wrote.
The defense argued that Rajaratnam’s crimes are “not in the same league” as those committed by Enron or WorldCom executives “since those defendants betrayed their own shareholders and employees.”
Rajaratnam did nothing to harm his investors, Dowd wrote.
Dowd also said that Rajaratnam’s sentence should be consistent with those imposed on others convicted of insider trading, including former New Castle Funds Analyst LLC Danielle Chiesi, a co-defendant who was sentenced on July 20 to 2 1/2 years behind bars.
In exhibits to their legal brief, prosecutors included wiretaps of Rajaratnam that weren’t offered into evidence at the trial. They include wiretaps of Rajaratnam talking to an unnamed “Cisco executive,” a reference to Cisco Systems Inc., and to Ali Far, co-founder of fund Spherix Capital LLC in San Jose, California, who has pleaded guilty in the case.
Also included is a recorded call between Rajaratnam and ex- McKinsey & Co. partner Anil Kumar talking about merger tips that weren’t disclosed at the trial. Kumar, who testified for prosecutors, has pleaded guilty in the case.
The case is U.S. v. Rajaratnam, 1:09-cr-01184, U.S. District Court, Southern District of New York (Manhattan).

Re: Rajaratnam Prison Sentence of More Than 24 Years Sought by Prosecutors