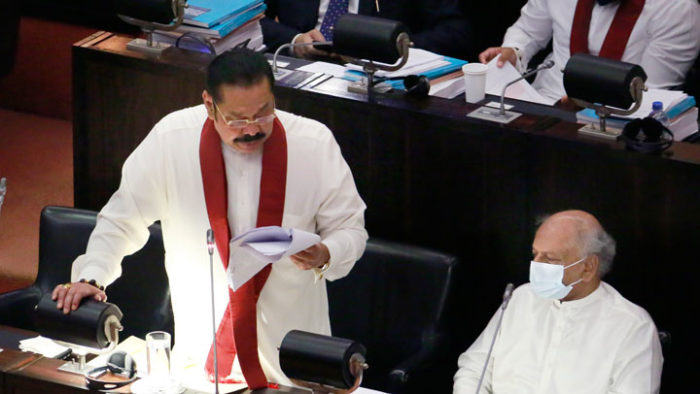 Several existing tax holidays, partial tax holidays, and other concessions are to be removed while introducing a simplified three tier corporate tax structure, taxation of capital gains while expanding the coverage of withholding taxes. Corporate tax rate will be revised and the Finance Ministry is likely to re-introduce the wealth tax, official sources said.
The government had set a target in its medium-term economic plan to increase income tax contribution to total tax revenue to at least 40 per cent from 20 per cent in the budget revenue proposals.

The excise tax on cigarettes and hard liquor manufactured locally will be further increased (excise duty on special arrack remains without change) and excise duties imposed on malt liquor will also be revised. Furthermore the government is to hike taxes on fuel imports, luxury items and cosmetic imports.
Share this post on:

Import restriction will remain at least for the next two years, dairy products, footwear, cosmetics, ceramics products, Agri products will be taxed heavily for sure. Anyway, next week will be so exciting for CSE

100% benefited from this budget

Good News ahead of Budget 2021

Decline in Covid19 cases reported outside WP and govt is optimistic of controlling same within WP with the restrictions presently imposed.

"Sri Lanka’s economic revival has finally become visible as the year 2020  comes to an end with many companies increasing their profit levels during the second and third quarters, State Minister of Money, Capital Markets and State Enterprise Reforms Ajith Nivard Cabraal told Parliament this week.

The Government should consider to remove or reduce dividend tax (WHT)..

Removal of DvD tax never happens brother. It is one of core source of tax. But they can reduce rate to 8-10 levels.

Relaxation applies only to very restricted essential items only. 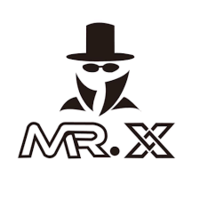 there is no div tax for locals... but taxable at the time of annual income tax...

Samaritan
There is talk of wealth tax & capital gains tax. ANC in a recent interview with The Hindu said you cannot make poor rich by making rich poor. So hint was no to such taxes. It will be a disaster if these 2 taxes implemented. Please tell me that your sources say it a FIRM NO.

SIL.N will also include in the above list. Already showing strong growth in earnings on quarterly financials so far

If I'm not mistaken, Capital Gains tax was imposed by previous Govt on property transactions, not stocks. This Govt removed even that. Even if they reimpose, it won't apply to stocks.

PM
Thank you..what about the other disaster wealth tax.?

Copied
Which Sectors/Industries/Shares going to benefit

# Export Sector definitely going to benefit - In Oct 2020, Government has declared export stimulus scheme from 01 Oct 2020 to 31 March 2021, wherein large scale exporters going to get 2% of additional export income (in comparison of past year)as an addition income and the small exporters its around 3.5%. Further support can be expected for export sector

# Construction Sector - With the acceleration of port city development and implementation of 100K road network, construction sector going to get huge boost

# Manufacturing Sector - Government may not lift the import restriction; even if lifted it could only be partial

Except bank and finance sector, most other companies going to benefit, in particular, companies with high debt such as HAYL,RICH,VONE, ALUM

# Local industries could get big boost from budget

Which Sectors/Industries/Shares going to affect

# Easy guess would be Tobacco and Liquor industry
Government may impose more tax on CTC/LION etc.

# Another sector could be Telecommunication
Government may impose more tax on DIAL/ SLT etc.

# Banks and Finance sector due to low interest rate

(N.B: This is not a buy/sell recommendation and purely for the discussion purposes)

Kipling wrote:PM
Thank you..what about the other disaster wealth tax.?

Note, the above is just my personal opinion, which may or may not happen.

Not sure about wealth tax

I don't think he is such idiot man to disturb stock market by imposing taxes. It needs free and fair trade. Generally it needs to make live and inspire the existing investors and to invite new investors.
Thats why no government yet make income from listed shares source of income for the tax. No one needs to declare income from stock trading. There is no declaration in income tax return for the stock trading. Because tax is deducted at every buy and sell and it is become a Final Tax.

Kipling wrote:Samaritan
There is talk of wealth tax & capital gains tax. ANC in a recent interview with The Hindu said you cannot make poor rich by making rich poor. So hint was no to such taxes. It will be a disaster if these 2 taxes implemented. Please tell me that your sources say it a FIRM NO.

There will not be any taxes that will affect the stock market for sure.

Government may intend to support more ICT and Telecommunications industry. Especially Government introduced NEW NORMAL culture. There ONLINE activities such as,
WORK FROM HOME
STUDYING ONLINE
ONLINE ASSEMBLY
ONLINE MEETING
are going to be favoured more. It reduces government burden to maximum extent. ONLINE platform gives government,/private institutions to function. It facilities on line school education, university education, university education and many more. So Telecommunications has bigger role to support COVID19 new normal practices by giving Broadband facilities. If it fails it hurts the government. In this crucial situation not the Tax from them very important but the incentive for them to allow their low cost service to all citizens. Because PHYSICAL gathering is the biggest problem. Only telecommunications providers can give them solutions by supporting VERTUAL spaces to conduct same events essentially needs to run the country.

State Minister of Money and Capital Market and State Enterprise Reforms, Ajith Nivard Cabraal said there are several new ventures that will be promoted through Budget 2021 to ensure that the people will make investments and that it will be an investment-driven Budget.
The Government has about 289 ongoing projects, each more than billions of rupees. We will ensure that those projects are completed fast and the growth momentum maintained. These avenues are open to the Government and the country, which we will promote, the State Minister told the Sunday Observer yesterday.
We also wish to ensure that the macro fundamentals remain stable. That is, the rupee to be stable and interest rates to be stable at lower rates. We must ensure that the reserves are built and unemployment is kept in check, which will help take the country forward in the next five years, he said. State Minister Cabraal said several priorities will be identified in the Budget. One is the water-based projects to ensure that the people will enjoy pipe borne water in the future.
At present, nearly 42 to 43 percent of the people have pipe borne water and we wish to increase that to 95 percent. During the tenure of President Mahinda Rajapaksa, only 70 percent of the population had electricity, but the Government increased the coverage to 99 percent. We will also be looking at 100,000 kilometres of road projects which be supported by the Government.
He said Foreign Direct Investments (FDIs) should flow into the country, for which we are arranging new pockets of sources.

One is the Port City. The second, Port-related activities, and the third, the farmer industry where we have already allocated 400 acres of land. We are also promoting the improvement of educational and health facilities.
Cabraal said that the Government will also address the human-elephant conflict to ensure that people in 14 districts who are suffering will be given support. Several economic activities have beenstalled due to the human-elephant conflict and we need to address it.
When asked whether the current global economic stagnation will have its constraints on the Budget implementation, he said there will always be challenges, but the implementation of the Budget is a commitment we need to ensure. “I think we are working well in management techniquesand have been in the forefront in many challenging tasks in the past. I am confident that with the expertise and the commitment of the President, the Prime Minister, Cabinet of Ministers and other Government officials, we could achieve what has been set out in Budget 2021,” he said.

top gainer's of the week ? after the budget

what about ACL, KCAB, APLA,CIC,RCL,TILE,LWL?

what about ACL, KCAB, APLA,CIC,RCL,TILE,LWL?

RCL can enjoy export related incentives as well as measures to create construction boom again.. If they can deliver more & more to export markets, it is the biggest advantage than budget reliefs, bcz their investments added sufficient capacities in 2019/20..


CIC has many business areas. Sometimes, they will receive seeds related benefits..

I think KCAB is going to give more focus for exports. They should have export related incentives..