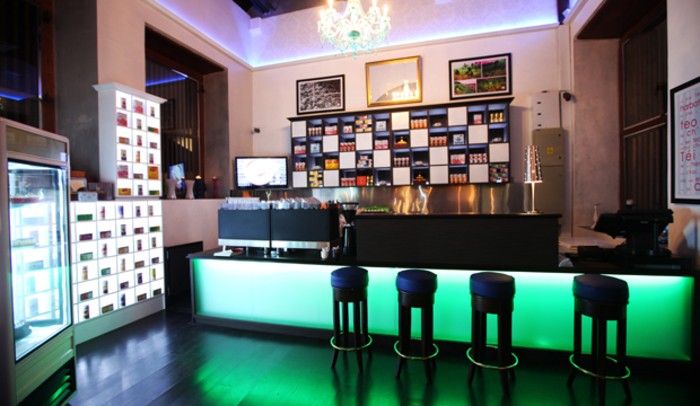 Announces intension to acquire majority control (51.1%) of HVA Foods PLC via Voluntary Offer
George Steuart & Company Limited (GS&Co) today announced its intent to acquire majority control of HVA Foods PLC, one of Sri Lanka’s fast growing and innovative value-added tea exporters.
Established in 1835, George Steuart & Co is the oldest mercantile establishment in Sri Lanka; it is today one of the fastest expanding conglomerates in the country with diverse business holdings across a plethora of industries. HVA Foods PLC which is a dynamic player in the global tea market with its flagship brand Heladiv, is known for redefining tea as a beverage, transcending orthodox tea preparations by innovating contemporary tea-based products.
The transaction, structured under the guidance of NDB Investment Bank, is a strategic move by the George Steuart Group to further expand its portfolio and commitment to the tea and FMCG sectors, both locally and internationally. This envisaged addition will not only expand its global reach and export volumes, but also its internationally renowned brand portfolio to include brands such as Heladiv, Infini-t and Tea Plus. GS&Co will thus open its doors to innovative beverage segments such as iced tea, tea cordials, moringa teas and king coconut/aloe vera based drinks. The Heladiv Tea Club will also no doubt complement the Group’s well established F&B sector. Under its wings, GS&Co hopes to unlock group synergies to reduce redundancies and cost structures whilst capitalizing on economies of scale in its tea and FMCG sectors.
Commenting on the new acquisition, Dilith Jayaweera, Chairman of GS&Co said “We are delighted that another globally-recognized local brand will become a part of the George Steuart family, allowing us to push the boundaries of success across the tea and FMCG industries. This move also represents our commitment to driving the local manufacturing industry, adopting newer, diverse value-added products that meet the ever-changing requirements of both local and global consumers.”
“Since 1990, we have taken pride in challenging convention and making the traditional beverage of tea a more versatile product. Being the first iced tea brand in the country, we led the march in inspiring traditional tea exporting concerns to become relevant in the new age” said Rohan Fernando, Founder/Chairman, HVA Foods PLC. “We emphasized the importance of research and development by setting up a dedicated R&D laboratory, which was the first of its kind in the industry. Today, we are confident that this strategic acquisition by GS&Co will propel Heladiv into the new global vistas that the brand deserves. It is only through consolidation of likeminded companies and brands with global potential that the Sri Lankan tea industry can reposition itself to its former glory - as the leading tea exporter to the world. Continuity and next generation leadership is what our industry needs. I am very happy and keen to see Heladiv go from strength to strength under the GS&Co global banner”.
George Steuart & Company has been closely associated with Ceylon Tea since its very beginning. Founded in 1835 by Captain James Steuart and his brother George, the company operated an agency house that became a foremost exporter of Ceylon coffee. With the coffee industry ravaged by blight in the 1870s , the Steuart brothers were at the frontlines of Ceylon’s plantation industry making the transition to tea, and was soon managing the largest acreage of tea in the country. In 1975, it faced the nationalisation of its assets; undeterred, the company set forth to re-establish its eminence in tea while expanding its footprint into healthcare, travel, leisure, insurance broking, financial services, industrial solutions and fast-moving consumer goods. George Steuart & Company is one of the oldest companies in the world and is widely respected for its dynamism, its sustained ability to stay competitive and relevant, and its ability to thrive 185 years on. The Group continues to seek positions in industries that mirror the nation’s ambitions with a passion to build world renowned Sri Lankan brands.
http://bizenglish.adaderana.lk/george-steuart-company-to-expand-its-tea-export-footprint/
Share this post on: