China will overtake the US to become the world's largest economy by 2028, five years earlier than previously forecast, a report says.

The UK-based Centre for Economics and Business Research (CEBR) said China's "skilful" management of Covid-19 would boost its relative growth compared to the US and Europe in coming years.
Meanwhile India is tipped to become the third largest economy by 2030.

The CEBR releases its economic league table every year on 26 December.

Although China was the first country hit by Covid-19, it controlled the disease through swift and extremely strict action, meaning it did not need to repeat economically paralysing lockdowns as European countries have done.\

As a result, unlike other major economies, it has avoided an economic recession in 2020 and is in fact estimated to see growth of 2% this year.

The US economy, by contrast, has been hit hard by the world's worst coronavirus epidemic in terms of sheer numbers. More than 330,000 people have died in the US and there have been some 18.5 million confirmed cases.

The economic damage has been cushioned by monetary policy and a huge fiscal stimulus, but political disagreements over a new stimulus package could leave around 14 million Americans without unemployment benefit payments in the new year. 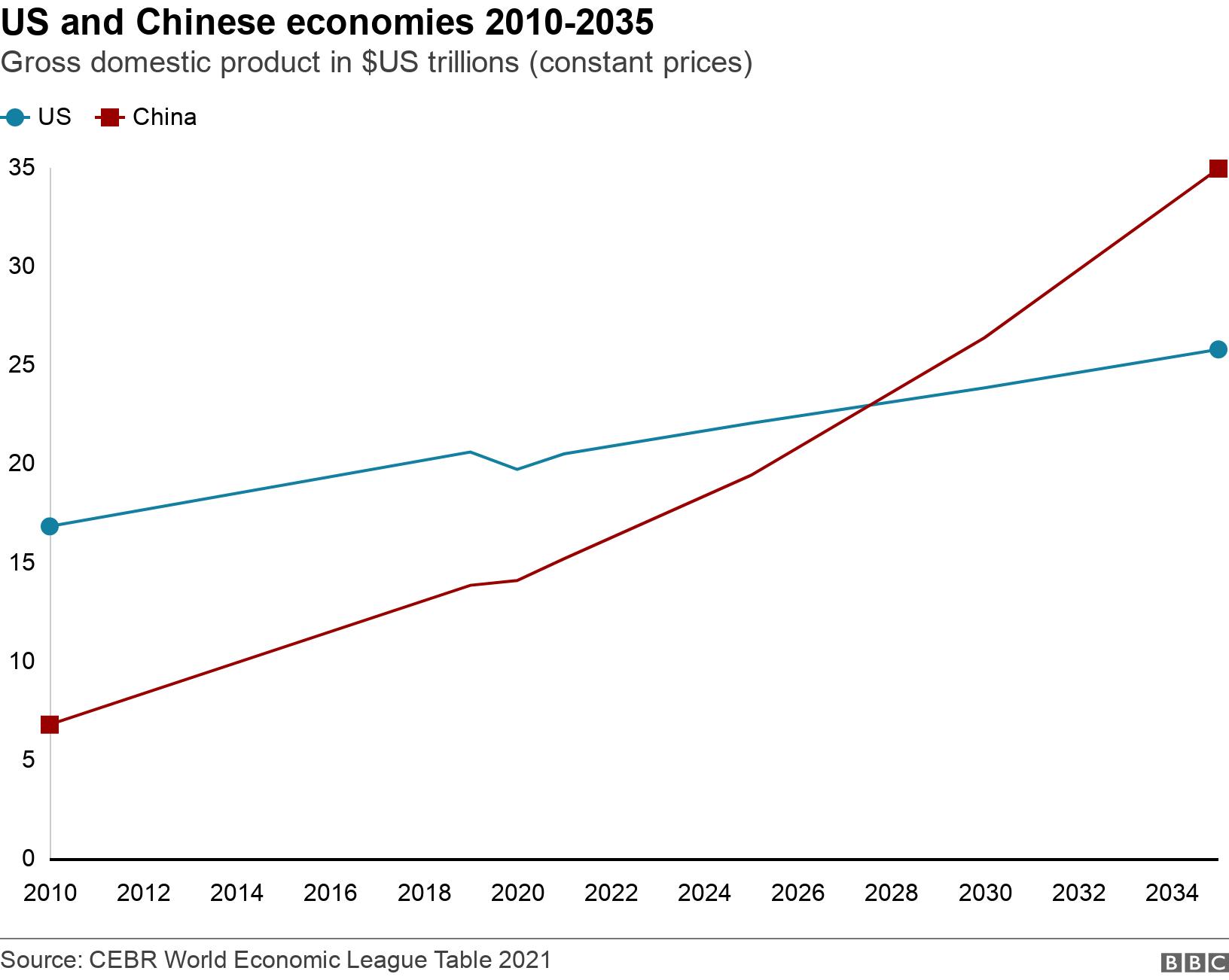 [/size]
[size=16][size=16]"For some time, an overarching theme of global economics has been the economic and soft power struggle between the United States and China," says the CEBR report. "The Covid-19 pandemic and corresponding economic fallout have certainly tipped this rivalry in China's favour."

It must be stated that China has been a longstanding comprehensive strategic partner of Sri Lanka which makes bilateral cooperation all dimensional, multi-layered and wide ranging.
Share this post on:

» By 2015, China will be the world’s largest consumer of processed food
» Sri Lanka Newspapers Saturday 31/03/2012
» BREAKING NEWS: CHINA'S SLOW DOWN NOT A THREAT TO GLOBAL ECONOMY
» China Stocks Drop as Factory Price Slump Spurs Economy Concerns
» What experts say about EU debt crisis and effects for the worlds Mkts