Cabraal: Govt. about to start many investment projects

Cabraal: Govt. about to start many investment projects 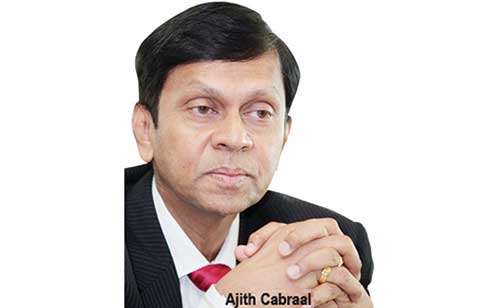 Participating in an adjournment debate on the prevailing situation in the country, the Minister said that the government was readying to start investment projects with construction permits and other such support to revive key sectors.
The Minister said that the government was in the process of putting delayed investment projects on track and construction permits would be given soon to revive the sector. Among the key projects would be the Colombo Port City and Hambantota Port ventures as well as hundreds of multilateral funded projects that had been delayed over the past few years.

Sri Lanka was in a comfortable position with regards to its debt repayment ability and would not default on its payments, at all, the State Minister said, adding that the external sector had been revised quite substantially over the last one year and the trade balance had also improved largely due to import restrictions that have been in place by the government since early 2020.

“We are comfortable about our debt payments, and even though there were instances where the rating agencies made remarks which are not complimentary, they have been able to come back and say Sri Lanka would probably be able to maintain an impeccable position vis-à-vis the debt repayment ability.”

The Minister said the government was working out a SWAP arrangement with the Central Bank of another country, which would provide the standby arrangement ensuring that the rupee would stay stable even in the longer term.

Minister Cabraal said that the country had managed to achieve a positive economic growth of 1.5% during the third quarter of last year despite the many challenges posed by the COVID-19 pandemic.

“We see the rupee has become stable. It was depreciating at the average rate of 6.8 % for the five years under the last government but we have been able to control it effectively and as a result, the depreciation has been limited to just 2.8%, and if not for COVID, we would have seen an appreciation of our currency.”

https://island.lk/cabraal-govt-about-to-start-many-investment-projects-especially-related-to-colombo-port-city-hambantota/
unquote:
In the backdrop of the the news relating to construction sector, market witnessed renewed foreign interest today in AEL counter.