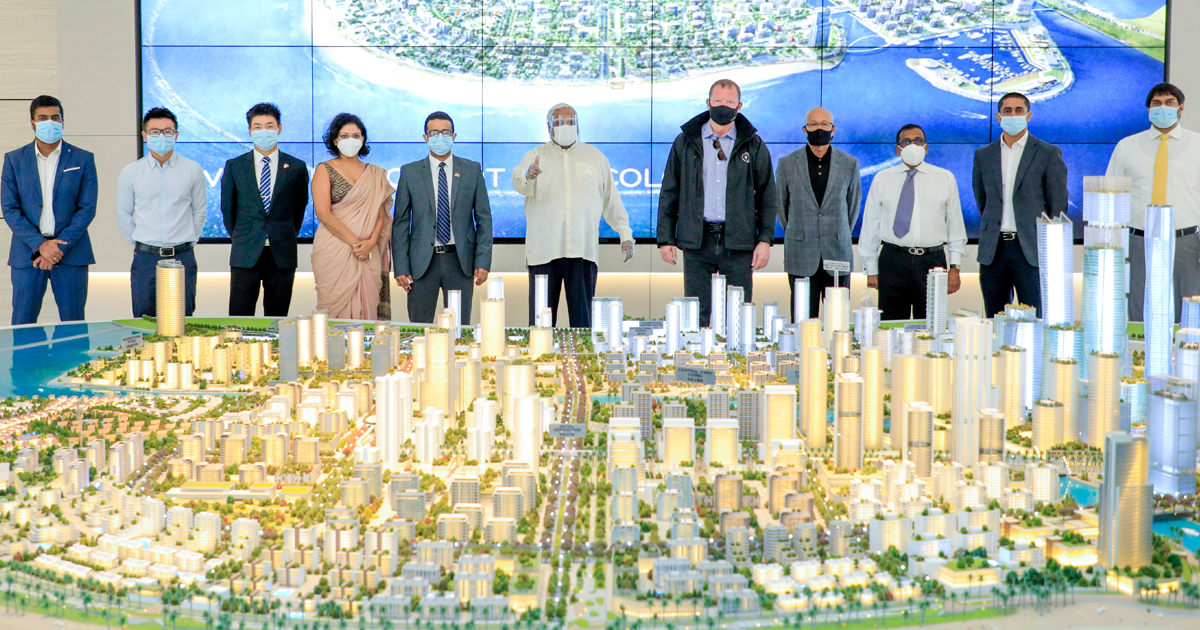 World renowned financier and a member of Rothschild family, Nathaniel Rothschild who is in Sri Lanka for a brief business tour, paid a visit to Port City Colombo yesterday (14).
He was accompanied by prominent Sri Lankan born British politician and former EU parliamentarian Niranjan Deva Aditya and corporate sector veteran Rajan Brito.
Rothschild's delegation was welcomed by Raja Edirisuriya, the Executive Project Director of Port City Colombo and Yue Yeqing, Assistant Managing Director of CHEC Port City Colombo along with other senior Port City officials.
The delegation was briefed on the Port City Colombo project and its construction progress as well as future developments. Rosthchild was highly impressed by the project, particularly the Marina and the hospitality plots.
Rothschild family is well-known for their diversified business around the world including the famous Rothschild Bank and Port Montenegro, a luxury yacht and residential project in the Adriatic Sea.
The visit concluded with Rothschild's positive remarks on the project. The senior management of CHEC Port City Colombo, appreciated  Rothschild's visit and expressed willingness to continue dialogue with Rothschild for possible future cooperation.
Eric Ou, Head of Commercial and Legal, Thulci Aluwihare, Head of Strategy & Business Development, Yamuna Jayaratne, Director Sales & Marketing and Radhika Ellepola, Sri Lanka Country Manager for Sales and Investor Relations of CHEC Port City Colombo were also present during Rothschild visit.
Late last year, the first investment agreement for Port City Colombo was signed between CHEC and Sri Lankan corporate giant LOLC through Browns Investment for US$ 1 billion CIFC complex. During the first quarter of this year, it’s expected that the government will introduce the Special Economic Zone (SEZ) law to govern Port City Colombo which will further enhance FDIs to Sri Lanka. 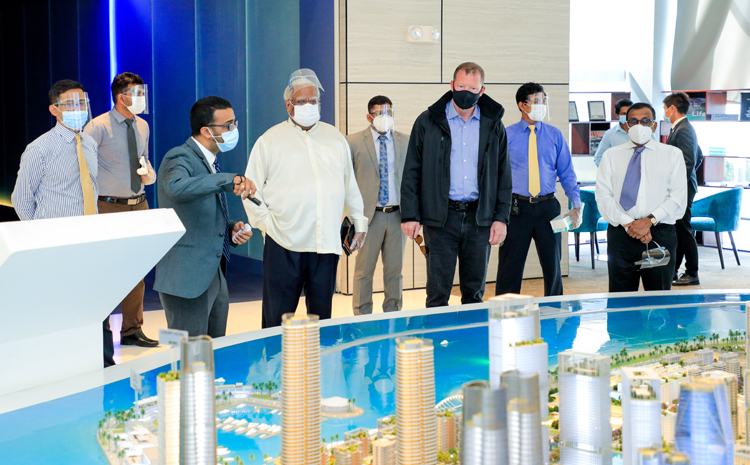 To get him onboard, you have to patiently operate simultaneous tasks to in form his team (s) on projects. Start with not staring at his pocket so much.