Sri Lanka’s 2021 GDP growth prospects  seem positive despite the economy contracting by 1.7 per cent and 16.3 per cent in the first and second quarters of 2020. However, the economy rebounded in the third quarter of 2020 and registered a growth of 1.5 per cent, Central Bank Governor Prof. W. D.Lakshman said.

“However, the second wave of COVID-19 is expected to have dampened the momentum in the fourth quarter of 2020. Accordingly, the economy is expected to have contracted by around 3.9 per cent in 2020, Central Bank Governor said while releasing the CBSL monetary policy review yesterday.
“Nevertheless, the economy is well poised to rebound in 2021, supported by the unprecedented policy stimulus measures introduced by the government and the Central Bank, improved domestic economic sentiments, alongside the improving prospects of the global economy, Lakshman told the media online.

He said the Monetary Board has decided to continue with its accommodative monetary policy stance.

Headline inflation is projected to remain subdued in the near term and improvements in domestic supply conditions are expected to ease price pressures on a sustained basis.

The Central Bank Governor also said the CBSL will continue to monitor domestic and global macroeconomic and financial market developments and take further measures appropriately to ensure that the economy promptly reverts to its true potential of a high growth trajectory, while maintaining inflation in the targeted 4-6 per cent range under its flexible inflation targeting framework.

The Board arrived at this decision after carefully considering the macroeconomic conditions and expected developments on the domestic and global fronts, Governor Lakshman said.

“The Board, having noted the reduction in overall market lending rates during 2020, stressed the need for a continued downward adjustment in lending rates to boost economic growth in the absence of demand driven inflationary pressures, particularly considering the significant levels of excess liquidity prevailing in the domestic money market, Lakshman explained.
As announced in November 2020, the Board decided to introduce priority sector lending targets for the micro, small and medium scale enterprises (MSME) sector to support a broad-based economic revival, in consultation with the banking community.

‘We now expect the economy to record a growth of 6 percent, Amarasekara told the media. 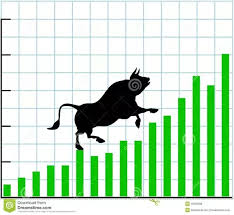 Stock markets reflect the economic conditions of an economy. If an economy is growing then output will be increasing and most firms should be experiencing increased profitability. This higher profit makes the company shares more attractive because they can give bigger dividends to shareholders and investors can also expect capital gains. A long period of economic growth will tend to benefit shares.
This is great news to the CSE and as stated earlier will see the ASPI reach dizzy heights sooner than expected.
Share this post on: