New Commodity bubble. How will it impact the CSE?

New Commodity bubble. How will it impact the CSE? 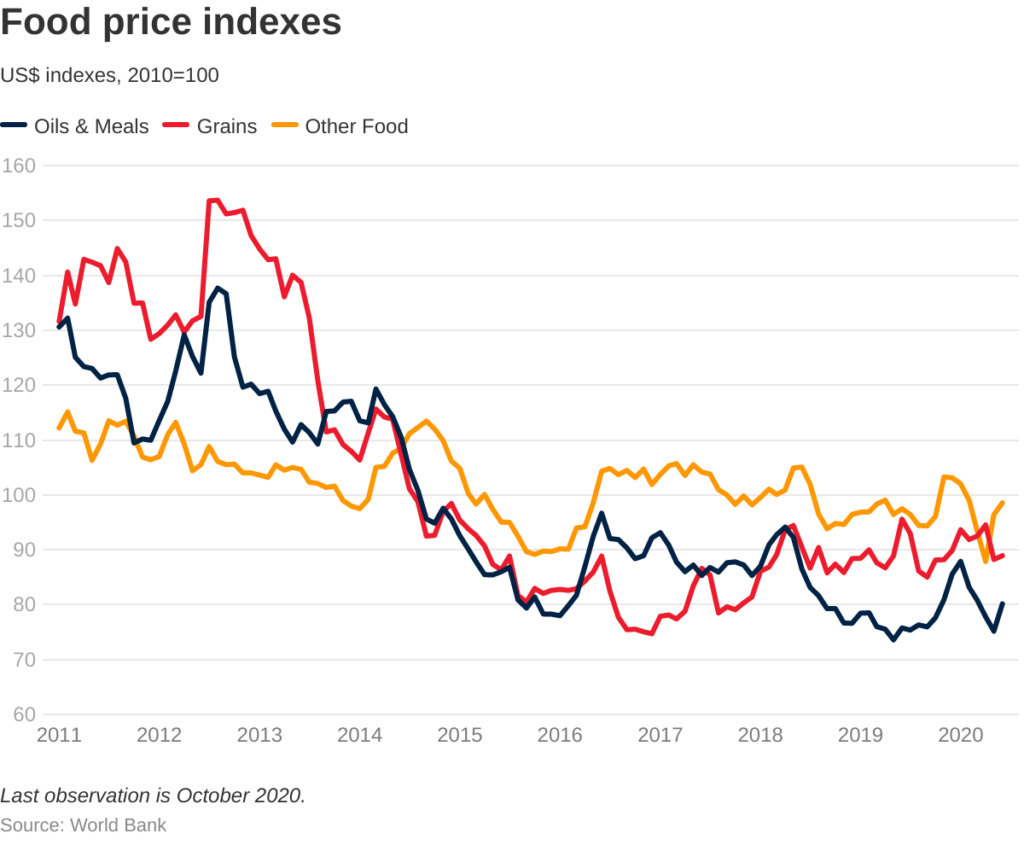 New commodity bubble due to increase in the price of commodities by the producers likely to affect South East Asia. This is due to high worker absenteeism resulting from pandemic. Local food prices likely to increase, similarly the cost of imported food products. How will this affect the Sri Lanka Economy? 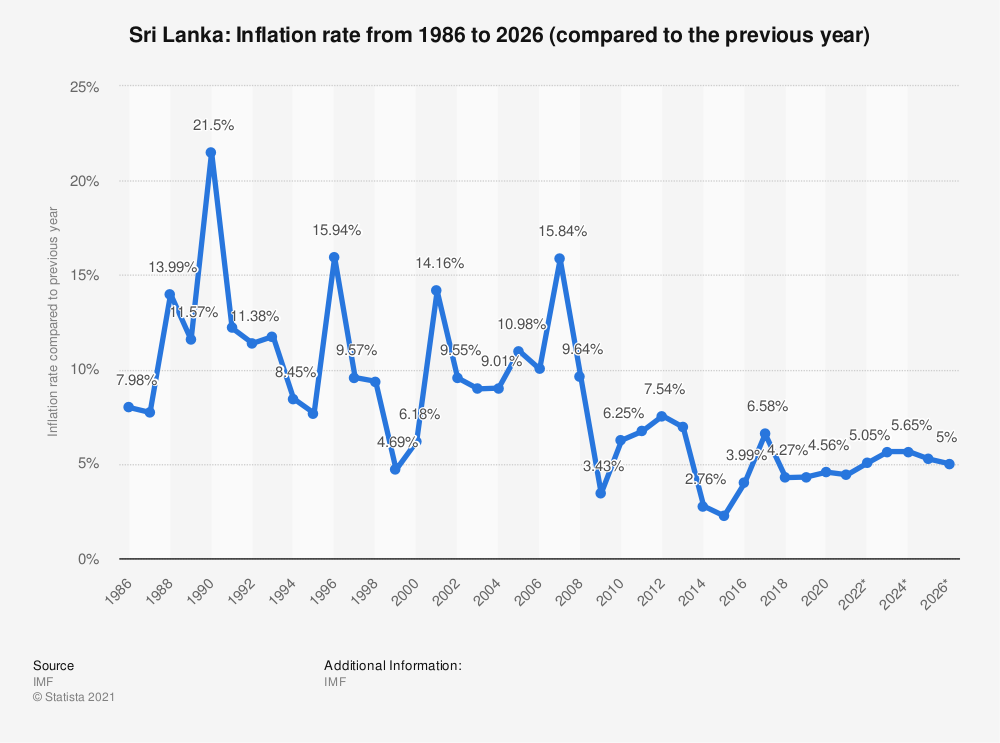 Inflation rate in Sri Lanka 2026
For the past few years, Sri Lanka’s economy has been thriving. Gross domestic product is soaring, and despite the densely populated country being among the smallest in the Asia Pacific region, its GDP per capita is not – it has almost doubled over the past decade. Sri Lanka’s inflation rate has been through the wringer, however: From around seven percent in 2013 to a sudden slump to around two percent in 2015 with a rapid upturn and peak at 6.5 percent in 2017 again, it is expected to stabilize around the 5 percent-mark over the next few years. The slump in 2015 is mainly due to the country amassing national debt, which is soaring just as much as GDP. Sri Lanka has been spending so much money on developing its infrastructure, it needed help from the International Monetary Fund.

Bailed out
The International Monetary Fund does not just bail a country out frivolously, although Sri Lanka is by far not the only one requesting financial aid. Other countries have turned to the IMF for help in the past, the most famous example of asking for a bailout is Greece, which still struggles with the consequences of economic turmoil, austerity, and debt years later. Bailout money comes with terms and conditions, since it is a temporary solution to facilitate resolving an economic crisis. Often, one of these conditions is that countries take matters into their own hands and do everything they can to avoid further crises and to help get themselves out of debt.

Maxing out the cards
Sri Lanka has been living above its means, but prognoses look promising. Inflation is expected to level off around five percent, as is government expenditure at around 20 percent of GDP. Debt is still rising, of course, but trade seems in good shape, as well, with exports increasing, lowering the trade deficit. All in all, it looks like investing in infrastructure may pay off after all. 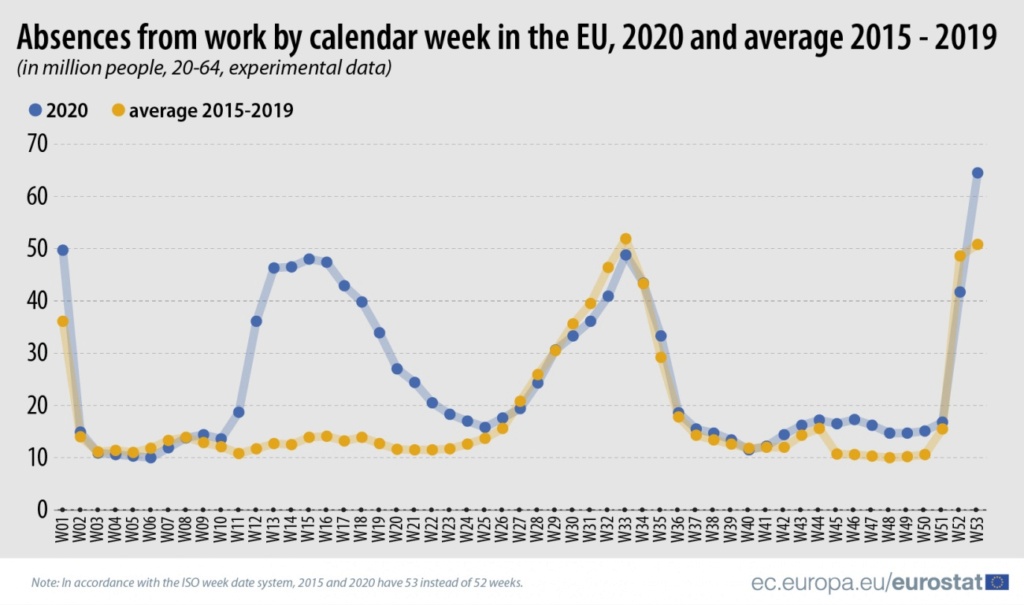 To respond to the need for a more thorough analysis of the labour market situation during the recent COVID-19 pandemic, Eurostat developed an experimental indicator “Weekly absences from work”. This indicator focuses on employed persons who are temporarily absent from work in a reference week.

This presents the main results from this indicator, focusing on all weeks of 2020 (weeks 1 to 53), and complements the article Absences from work - quarterly statistics. Both articles are part of the publication Labour market in the light of the COVID-19 pandemic.

We predicted this situation in June 2021! No one believed!!!

Prediction was good. but June was too early to have sold.