Sri Lankan President Gotabaya Rajapaksa on Thursday appointed former PM Ranil Wickremesinghe as Premier, in a bid to restore stability in the island nation in the midst of a political impasse and stifling economic crisis.

This is the sixth time Mr. Wickremesinghe, 73, has been appointed to the office — he has never finished a full term — and will have the task of arresting the devastating impact of the island’s economic downturn, that too under President Gotabaya Rajapaksa who is fiercely detested by disgruntled citizens demanding his resignation.

Mr. Wickremesinghe’s United National Party (UNP) was decimated in the 2020 general elections, in which the Rajapaksas secured a two-thirds majority.  Mr. Wickremesinghe is currently the only member of Parliament from his party. Although he lost the 2020 general elections, the UNP nominated him to legislature on the national list, through Sri Lanka’s proportional representation system that allocates political parties a certain number of seats based on total votes polled.

Just ahead of the 2020 poll, Mr. Wickremesinghe’s former deputy Sajith Premadasa broke away from the UNP and formed the Samagi Jana Balawegaya (SJB or United People’s Force), the main Opposition party now.

Mr. Wickremesinghe’s majority in Parliament is contingent on substantial support from the ruling party. Most of its members have promised to back him, according to political sources.

Meanwhile, Opposition Leader Sajith Premadasa too said he was willing to form a new government if the President committed to stepping down within “a minimum time frame”.  Mr. Premadasa made his offer conditional, seeking new laws to strengthen parliament and abolish Executive Presidency.

Even before Mr. Wickremesinghe was sworn in by the President, some religious leaders objected to the move, contending that it was “not the solution” people want, and that it would further escalate the crisis.

Prominent Buddhist monk Omalpe Sobitha Thero said Ranil Wickremesinghe was “not suitable” for the job. His appointment “completely disregarded” the proposal made by their high-ranking monks to appoint an all-party interim government and was aimed at the “sole protection” of the Rajapaksas, he said.

Archbishop of Colombo Cardinal Malcolm Ranjith, was quoted by local media as saying, “People want a person with integrity, not someone who has been defeated in politics.”

The political opposition too expressed strong disapproval at the President’s choice. Leader of the leftist Janata Vimukthi Peramuna (JVP) Anura Kumara Dissanayake said: “Ranil protects the Rajapaksas, and the Rajapaksas protect Ranil. No citizen in this country will fall for their conspiracy this time.”

Tamil National Alliance lawmaker M.A. Sumanthiran said: “The President has completely lost legitimacy, people want him to go home, and the Parliament will soon vote on a motion expressing displeasure over him. Mr. Wickremesinghe had no legitimacy in the current Parliament right from the beginning. He did not even win in his constituency.”

The Parliament stands adjourned till May 17, when the vote on the President is scheduled to be taken up. Mr. Wickremesinghe may face a trust vote soon after. In order to continue as Prime Minister, he must show he has the confidence of the House.

Posts : 4102
Equity Stars : 8556
Reputation : 187
Join date : 2015-05-16
RW is one of Sri Lanka's senior politician who command the recognition, respect and trust of the international community which is a much needed attribute at this time of need.
I strongly believe that he will do the right thing and go down in history as the person who rose to the occasion to rescue Sri Lanka at a crucial moment similar to his maternal uncle JRJ who rescued Japan in its time of need in 1951 after the WW2. 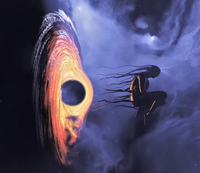 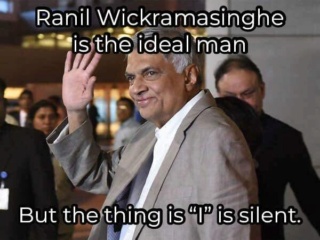