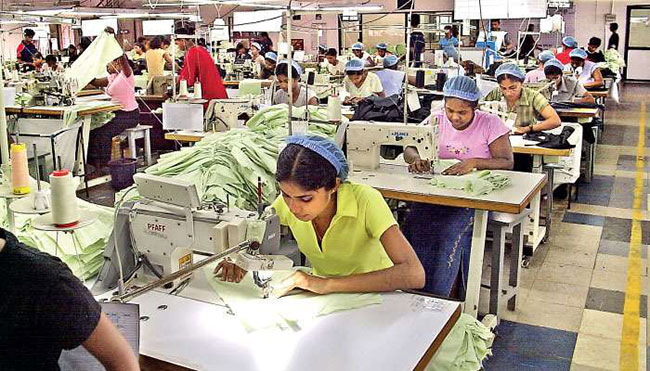 Sri Lanka’s problems long predate the arrival of the Rajapaksas. Widely touted as an export-dependent economy, its reliance on imports of everything, from intermediate capital goods to bathware, has been its distinguishing feature for the last 70 years. The island’s shift to neoliberal globalisation in 1977 served to reinforce this dependency, making it vulnerable to external shocks. The ineptitude of the Rajapaksas is hence a symptom of a bigger malaise, one that is yet to be understood fully by think-tanks and policymakers.

Neoliberal commentators fault the country’s public sector. They contend that it is too bureaucratised, too politicised, a heavy, crushing burden on the economy. To be fair, they aren’t entirely in the wrong. The public sector has long been the preferred destination of unemployed graduates and the politically connected. When Gotabaya Rajapaksa came to power in 2019 he implied that he would end such a culture. About two years later he made a U-turn, recruiting more than 60,000 graduates to the government sector.

Heterodox economists disagree. For them the problems of Sri Lanka’s economy have to do with its failure to industrialise and shift to manufacture. Among the most vocal proponents of the industrialisation line has been Dr Howard Nicholas. Responsible for setting up the only real think-tank that advocated industrialisation, the Institute of Policy Studies (IPS), Dr Nicholas has been tirelessly reminding Sri Lankans of the country’s potential in manufacture, be it in garments or even its traditional sectors, including tea.

The industrialisation discourse has been widely picked up, even by those who otherwise support neoliberal prescriptions. The neoliberal crowd disputes Nicholas’ line for ideological reasons: they think it entails a wider role for the State, which they oppose. Patronised and funded by Colombo’s well-oiled free market think-tanks, they caution against government intervention, pointing at the present regime’s economic policies, like its advocacy of money printing and import restrictions, that supposedly got us into this mess.

I have been a defender of industrialisation and local production. Not because I believe in greater government intervention as necessarily a good thing, but because more than three decades of untrammelled neoliberalism has not got us anywhere. In the 1980s and 1990s the country extensively resorted to traditional aid programmes. Except for the Ranasinghe Premadasa years, which saw at least some attempts at industrialisation, all other regimes in power during this time preferred a strategy of outright privatisation and deregulation. To be sure, in itself this is not undesirable. But taken to an extreme, it takes a country nowhere. By the mid-2000s, it had landed us in a middle-income trap.
Sri Lanka’s debt problems don’t have to do with the Chinese, though debt trap narratives suggest otherwise. They have more to do with the island’s dependence on sovereign bonds and hedge funds. These constitute a far greater share of Sri Lanka’s external debt than does China’s, Japan’s, or India’s contribution. We need to ask why we let ourselves run into this mess, and most importantly why we didn’t use opportunities, like the reduction of oil prices in 2009 and 2010, to shift to manufacture and local production.

Those who pinned hopes on the Rajapaksas thinking they would take us out clearly forgot that they were in power when these opportunities were in place. In the aftermath of the end of the war we could have linked infrastructure development to industrialisation: we could have, for instance, closed in on the then government’s own optimistic objectives of building nuclear power plants by 2030. This never came to be. In pinning hopes on Gotabaya Rajapaksa, we chose to forget their earlier record on industrialisation and production, even though their government was seen as more conducive to these development strategies than a neoliberal dispensation, which we associated with the UNP.

We need to admit that industrialisation was never at the top of the list of priorities for the present regime. True, they appointed W. D. Lakshman, who as an academic – a colleague and contemporary of the Indian Marxist economist Prabhat Patnaik – relentlessly opposed IMF prescriptions. But they were only too willing to discard his policies, to manipulate them to serve their interests, and to finally let him go. His successor, Ajith Nivard Cabral, wasn’t exactly an IMF ideologue, but the policies that the Central Bank undertook in his last few months reeked of an urge to enforce IMF policies without going to the IMF: a line that was not necessarily opposed by Colombo’s neoliberal commentators.
I know people who would say that policies matter and personalities do not. This was the same mistake the Left made in 1964 and 1975. They entered into electoral agreements with a petty bourgeois dispensation in the hopes of fomenting a democratic revolution. To give them credit, they did see through certain important reforms, such as Workers’ Councils. But for every such reform, they faced a setback from the head of their coalition, the SLFP, which they eventually realised, at an exorbitant cost, was neither willing nor able to implement the far-reaching reforms necessary for a radical democratic revolution.

The bottom line, in a nutshell, is that the present crisis would not have come to pass if the government was committed to production and industrialisation. But the problem doesn’t end there. It also has to do with how the Rajapaksas’ electoral base views such complex issues as industrialisation. After all, even the Jathika Chintanaya advocates a production economy, but as one perceptive observer told me, the Chintanites are interested in local production only insofar as it benefits and entrenches a particular collective. They espouse anti-imperialist politics, the sort one can link to production discourses, but they do not, if at all, pursue anti-imperialist ends. Petty bourgeois ideologues hardly ever do.

Where does all this leave us? The same lesson we learnt in 1965 and 1970: relying on petty bourgeois formations take us nowhere and lead us to a shift to the right. In 1970 no one would have imagined that the SLFP would emerge as an advocate of Free Trade Zones. Five or so years later the Finance Minister, Felix Dias Bandaranaike, advocated them. In 2019 no one would have imagined the SLPP recommending the IMF line. Now the President has emerged as its biggest supporter. Those who batted for industrialisation and production, meanwhile, are left in the dark. This is sad. It should not happen again.
The writer is an international relations analyst, independent researcher, and columnist based in Sri Lanka who can be reached at udakdev1@gmail.com
https://island.lk/rethinking-sri-lankas-industrialisation/

» Sri Lanka Reminiscences : 'Sivaram's killers will be brought to justice' - Speech by Mangala Samaraweera on May 06, 2005 at Sri Lanka Parliament outlining the 'Lost Media Freedom in Sri Lanka from 1977-2004'
» Sri Lanka largest Foreign Direct Investments realizer and Deal Maker: Union Bank connected Alex Lovell might own and control over US $ 40 billion worth properties by 2025 in Sri Lanka, around over 30% of Sri Lanka's GDP of US $ 120 billion
» Sri Lanka On Facebook: Who is the Next President of Sri Lanka for 2020? Some say it is Dr. Hans Wijayasuriya or Harry Jayawardena
» Sri Lanka - Fitch Ratings also Downgrade President's Brother Chaired Sri Lanka Telecom
» 1. Is Sri Lanka a Democratic Country Anymore? Elections should be held on Time in Sri Lanka: Germany