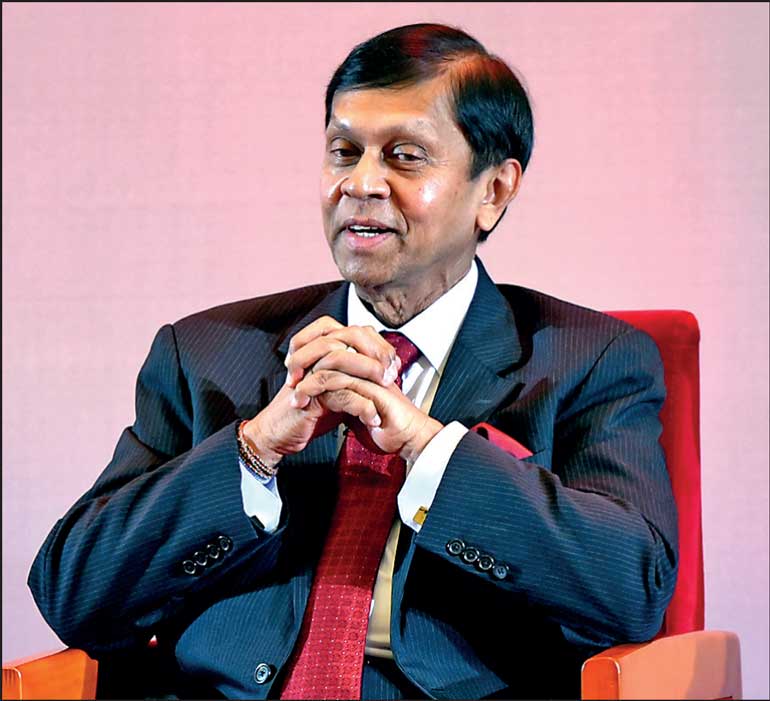 Central Bank former Governor Ajith Nivard Cabraal yesterday issued the following statement on the decision to allow flexibility to the rupee when he was in office.

The decision to allow the Sri Lankan rupee to be “flexible” from 7 March 2022 onwards is sometimes described by certain persons as being a “unilateral” decision of then Governor Ajith Nivard Cabraal. Therefore, this statement is to provide the factual position so as to set the record straight.

The decision to allow flexibility in the exchange rate was taken by the Monetary Board of the Central Bank of Sri Lanka based on a Monetary Board Paper dated 7 March 2022 submitted by all three Deputy Governors Mahinda Siriwardene, Dammika Nanayakkara and Yvette Fernando, Director – Economic Research Department and Director – International Operations Department. The Board Paper stressed the need for changing the exchange rate policy immediately in order that the exchange rate acts as a “shock absorber” in the face of adverse developments in the global front on Sri Lanka’s already fragile Balance of Payments, including the increase of the crude oil price to nearly $ 140 per barrel and the worsening Russia-Ukraine war.

Based on that Board Paper and the discussion at the meeting, the Monetary Board decided to “allow the market to have a greater flexibility in the exchange rate with immediate effect and communicate that the Central Bank is of the view that forex transactions would take place at levels which are not more than Rs. 230 per dollar”. From the above it will be clear that, while the Monetary Board had expressed its “view” as to the level at which forex transactions would take place as a market guidance, a clear decision had been taken to allow for the flexibility of the rupee in the forex market. On the same day, a statement was issued to the media in line with the above decision.

Further, within about a week of floating the rupee, the President made a formal announcement that the Government had initiated discussions with the International Monetary Fund (IMF) for a program.

Subsequently, Governor Cabraal resigned on 4 April 2022, on which day, the rupee was trading at Rs. 289.73/299.99 per dollar in accordance with the new “flexible” exchange rate policy as announced by the Monetary Board. After Governor Cabraal’s exit, the Monetary Board chaired by the new Governor Dr. Weerasinghe continued with the “flexible” exchange rate policy, whist the Government and CBSL also took a series of far reaching decisions which included the decisions to; sharply increase policy interest rates by 700 bps from 8 April 2022 onwards, and to discontinue repayments of forex loans and interest from 12 April 2022 onwards.

In the meantime, the rupee continued to depreciate to a range of Rs. 364.23/377.50 against the dollar by 12 May 2022, at which point, the Monetary Board had apparently once again decided to “fix” the exchange rate at a new range between Rs. 355.00/Rs. 365.00 per dollar. Such a move to “fix” the exchange rate seems quite similar to the policy adopted by the Monetary Board chaired by Governor Professor W.D. Lakshman which “fixed” the rupee exchange rate at a range of Rs. 199.00/203.00 per dollar from 6 September 2021 onwards.

However, it must be appreciated that the decision-making authority has to take its decision based on the prevailing circumstances, expert advice, practical ground conditions, judgement of future expectations and outcomes, etc. when viewed holistically. That is obviously why the Monetary Law Act provides the authority to the Monetary Board to change financial and monetary sector policies (including the exchange rate policy, interest rates, statutory reserve ratios, etc.) when it deems appropriate to do so, from time to time.

It must also be appreciated that the implementation of policy measures is carried out by the professional and technical staff of the Central Bank and they would naturally ensure that the policy measures being implemented are based on legal and binding decisions of the Monetary Board, which is the decision making authority, and not based on “unilateral” decisions of a single person.