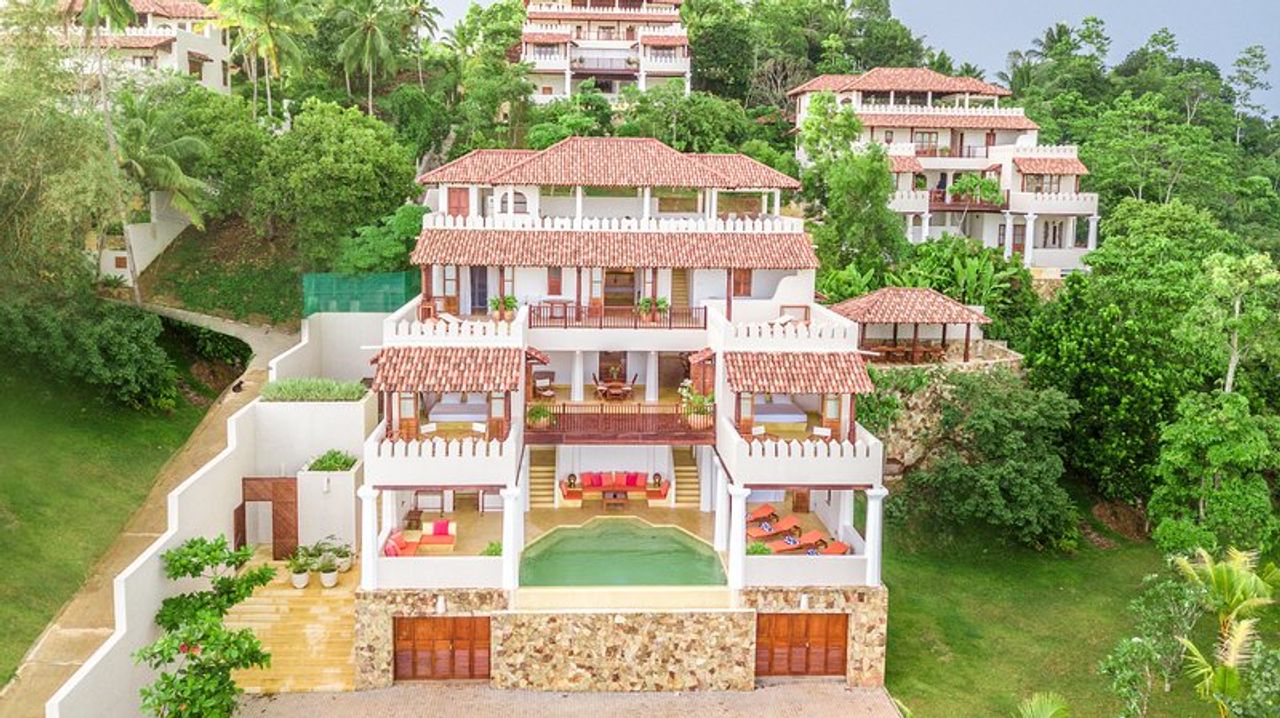 According to the recent figures, the listed companies in the above sectors have secured large increases in their combined earnings in the first quarter of 2022 on a year-to-year basis. This includes 303 percent growth in the food, beverage and tobacco sector’s earnings, 210.2 percent in capital goods, 138.8 percent in diversified financials, 682.1 percent in transportation and 173.6 percent increases consumer services, compared to the same quarter of 2021.

The most diversified blue chip, Hayleys PLC, recorded an all-time high profit of 28.1 billion rupees ($US78 million) in the last financial year. It was the highest profit in the company’s 144-year group history, chairman Mohan Pandithage said.

LOLC financial service group recorded a profit growth of 443.8 percent year-on-year basis to 39.3 billion rupees in the first quarter. The increase was mainly a result of its global operations.

The Lanka Hospitals Corporation, one of the largest of the more than 140 private hospitals in Sri Lanka, recorded a 2.8 billion-rupee turn over in the first quarter of this year. Benefiting from COVID-19, which continues to rage across the country, it was a 27 percent increase on the same period last year.

By contrast, Sri Lanka’s year-on-year inflation rate for May rose to 45.3 percent and food inflation to 58 percent—figures that are continuously climbing as fuel prices increase. High prices are devastating the social conditions of millions of workers, the self-employed, farmers and the poor. 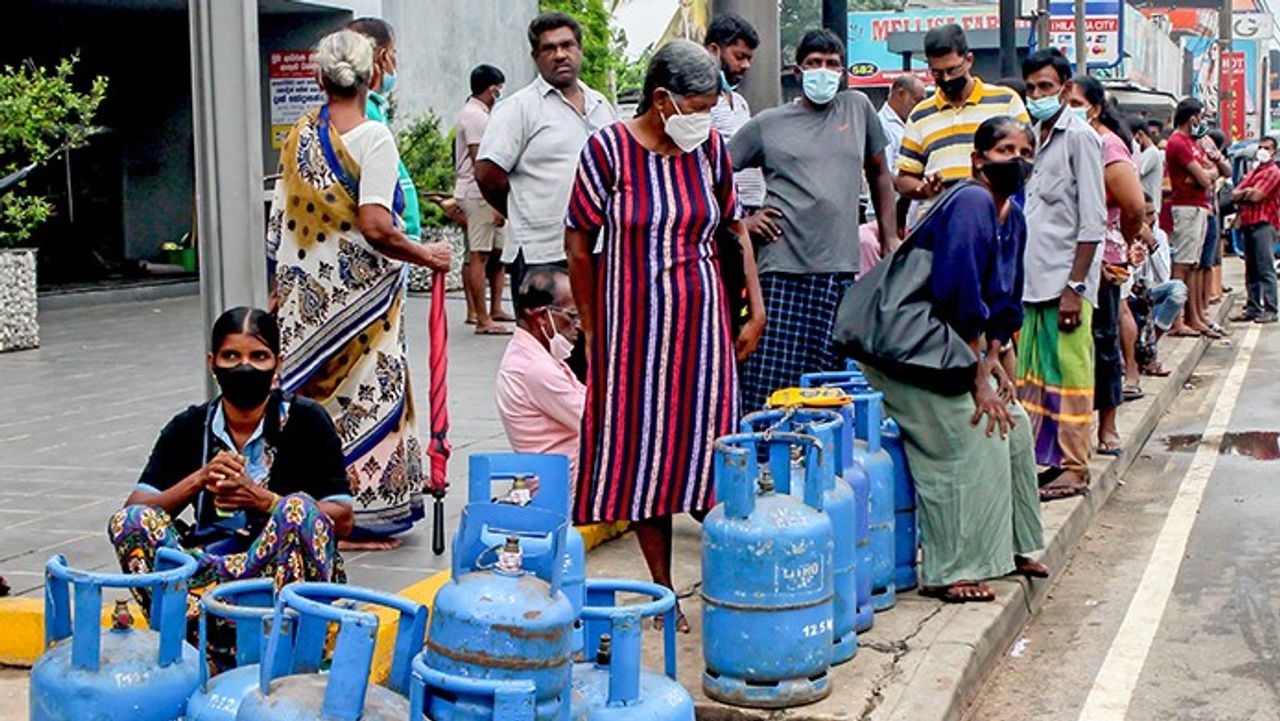 The vast gulf between these huge profits and the social disaster being unleashed against the Sri Lankan masses is yet another dramatic confirmation of Karl Marx’s famous observation: “Accumulation of wealth at one pole is, therefore, at the same time accumulation of misery, agony of toil slavery, ignorance, brutality, mental degradation, at the opposite pole, i.e., on the side of the class that produces its own product in the form of capital” (Section 4, Chapter 25 Capital, Volume 1).

According to a recent United Nations report, nearly 5 million Sri Lankans are living hand to mouth, forced to sell their jewellery and to borrow money in order to survive. It noted 22 percent of country’s population needs food aid and 86 percent of households have been compelled to reduce what they eat, including skipping meals. The UN also reported that 56,000 children under five suffer from severe acute malnutrition and urgently need nutrient-rich food.

An indication of the desperate conditions confronting children was revealed by doctors at Colombo’s Lady Ridgeway Hospital for Children (LRH) who reported that 20 percent of children admitted to the facility suffered from malnutrition. These children, LRH Consultant Paediatrician Dr. Deepal Perara said, were not receiving the required quantities of carbohydrates, proteins, lipids and vitamins.

The disaster facing children was further confirmed by UNICEF’s representative in Sri Lanka, Christian Skoog. He reported that nearly one in two children in the country required some form of emergency assistance, including nutrition, health care, clean drinking water, education and mental health service. Sri Lanka, he added, has the second-highest rate of acute malnutrition among children under five in South Asia and at least 17 percent of children are suffering from chronic wasting.

While Lanka Hospitals Corporation in Colombo, which is part of the island’s expanding private hospital sector, is making high profits, the overall public health system is on the brink of collapse as stocks of vital medicines and medical equipment dry up.

According to the latest UN update, about 200 essential medicines are now out of stock in Sri Lanka, with predicted shortages of another 163 critical drugs over the next two to three months. Over 2,700 essential surgical items and more than 250 regular laboratory items are also out of stock.

This social calamity is a product of the capitalist profit system. From so-called independence from the British colonial rule in 1948, successive Sri Lankan governments have systematically worked to secure the profit interests of local and foreign big business at the expense of all working people and the poor.

Sri Lanka’s tiny capitalist elite, and the governments that serve it, regard the state-owned sector as their own private assets, demanding and receiving bail outs and concessions paid for by increased exploitation and social attacks on the working class.

There is no solution to burning issues confronting the masses—the shortages and skyrocketing prices of essentials like food, fuel and cooking gas—within the capitalist system and national borders.

The only way for the working class to secure its essential needs is to take the production and distribution out of the hands of the capitalists. Inventories must be made of these resources and the wealth of the ruling elite seized by the working class and redistributed on the basis of social need.

Sri Lankan workers, who demonstrated their political and industrial strength in powerful general strikes against the Rajapakse government on April 28, May 6, and May 10 should review the political lessons of this struggle and the treacherous role played by the unions.

During the two-month popular anti-government uprising, the trade unions systematically blocked any independent intervention of the working class against Rajapakse government, and its brutal attacks on social and democratic rights. The unions do not represent the working class but defend the profit system, functioning as industrial police force on behalf of the government and employers.

As the Socialist Equality Party (SEP) has explained, the working class must take matters into its own hands. This requires the formation of independent action committees at every factory, workplace, plantations and neighbourhoods in opposition to all parties of the bourgeois political establishment and trade unions.

Rallying all sections of the working class, the rural poor and youths, these action committees need to fight for a government of workers and peasants based on socialist policies as part of broader struggle for socialism in South Asia and internationally.