The war in Ukraine is no longer shocking the wheat market

The war in Ukraine is no longer shocking the wheat market 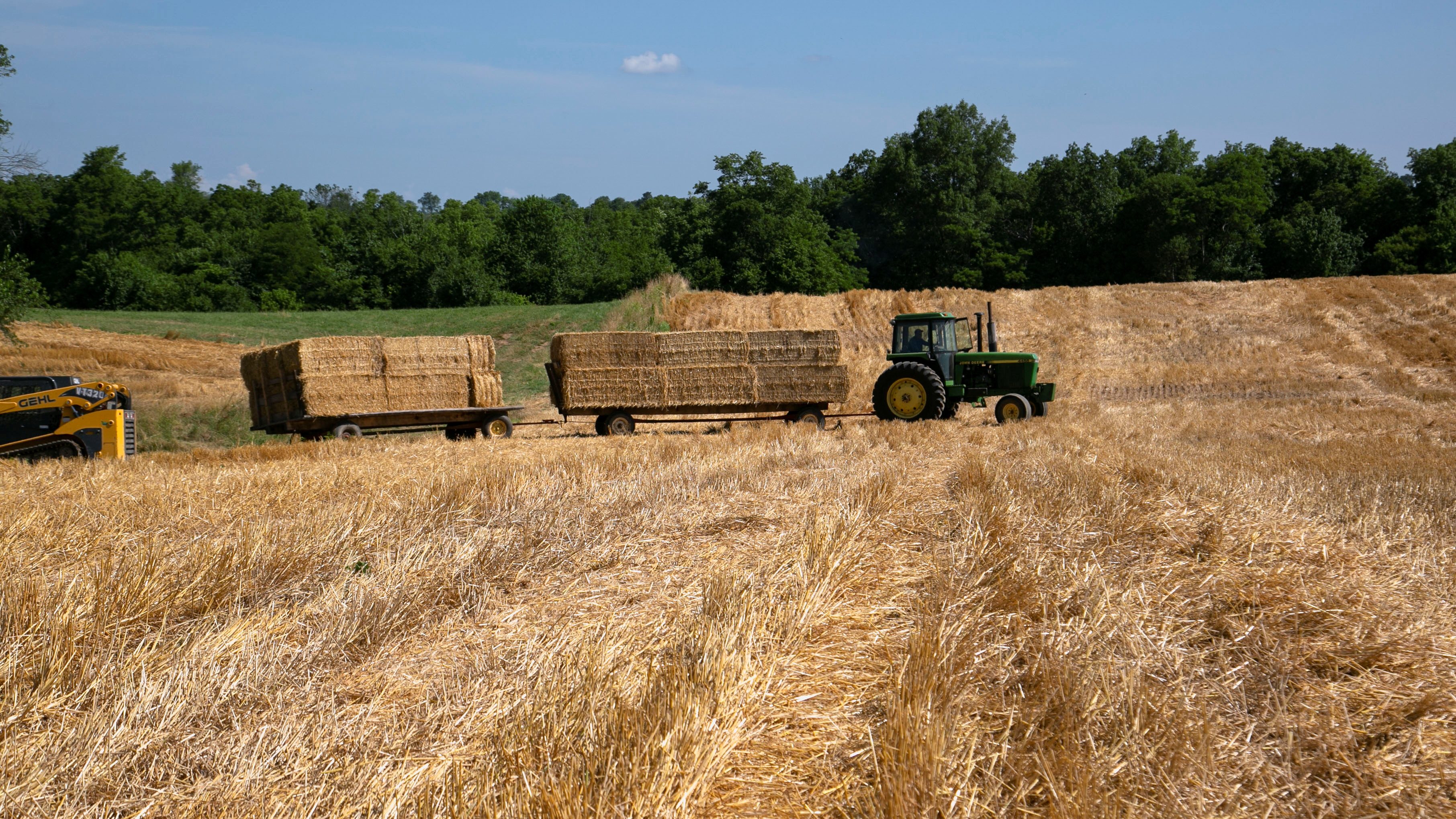 When Russia invaded Ukraine in late February, wheat prices, which were already high because of pandemic-related supply chain shortages and severe weather, surged due to the anticipated cutoff to the global wheat supply. The two countries together export about 30% of the world’s wheat.

“Wheat has broken down to levels not seen since the very beginning of the Russian invasion of Ukraine,” said Jake Hanley, a managing director at Teucrium, an agricultural investment firm. “That is in itself significant.”

Why the drop? The markets are responding to Russia and Turkey saying they want to discuss a safe passage to ship Ukrainian grain through the Black Sea. Millions of metric tons of wheat and other grains are stuck in Ukrainian ports due to Russian forces either blockading or occupying them.

But analysts have doubts. It’s unlikely that the grains will be moving in the near term, said Hanley, as ports have been destroyed and seaways need to be de-mined.


Other factors that could tame global inflation

Corn and soybean prices also have started to fall, due largely to expectations of favorable weather for these crops. The US Department of Agriculture will release reports on June 30 that will estimate domestic inventories as well as how many acres of corn and soybeans were planted, which could weigh in on prices.


A pullback in consumer demand could also ease inflation. Oats are largely used for livestock feed. The recent drop in oat prices suggests there is less demand for meat, said Tom Brady, executive director of the JPMorgan Center for Commodities at UC Denver Business School. During the pandemic, meat prices soared due to labor shortages and high freight costs.


Another sign food inflation may have peaked? Global food prices have fallen from record highs set in March in part due to the lifting of export bans and covid lockdowns in China.
Share this post on:

Unless you enjoy watching the gyrations of a volatile commodities market, you might not have noticed something traders have started to cautiously talk about: Wheat prices for "future delivery" — or wheat that will be delivered at a future, specified date, per The Economic Times — have begun to come off their highs. According to one Nasdaq chart, prices were north of $1,000 per million metric ton in the middle of June, and as we head into July, the same chart shows wheat prices at $884 per million metric ton. Prices were at their highest just after Russia invaded Ukraine in February, per Nasdaq.

While this news may be good for consumers, one reason wheat prices appear to be falling is that Russia, which is meant to be penalized for invading Ukraine, is moving grain, and plenty of it. According to The New York Times, the country even appears to be selling stolen Ukrainian grain at deep discounts. Data shows that despite sanctions, Russia has continued to sell grain to the Middle East and North Africa, with The Wall Street Journal noting that these figures "doubled in April and were up over 60% in May compared to a year earlier." The Journal also reported exports to Europe at near pre-invasion levels.

One economist who studies Black Sea grain markets offers an explanation for the current wheat situation: "The world needs Russian wheat and Russians need to sell that wheat," he told the Wall Street Journal. "It is just a matter of price."

The wholesale trading of stolen wheat is not the only reason why prices have been backsliding after spending weeks at record highs. Quartz credits talks between Russia and Turkey over the possible shipment of Ukrainian grain via the Black Sea as another reason.


Though climate change has previously harmed global wheat supplies, there's now news that the weather has been kind to wheat fields across the U.S., Europe, and Australia, which is raising hopes that current harvests will be enough to keep the world fed, per The Wall Street Journal.

In response, the U.S. Department of Agriculture has significantly increased its "wheat production forecast," and Australia's Department of Agriculture, Water and the Environment is planning on a 3 million metric ton increase from the 2020-2021 harvesting season, which means as much as 36.3 million metric tons of wheat could be harvested there this year. Britain's Agriculture and Horticulture Development Board feels similarly hopeful, telling the WSJ that "Harvest pressure [on prices] is expected to continue as combines roll in the Northern Hemisphere."


While some analysts are warning consumers and producers not to be too optimistic, Jake Hanley, managing director at an agricultural investment firm, allowed himself to sound a positive note. "Wheat has broken down to levels not seen since the very beginning of the Russian invasion of Ukraine. That is in itself significant," he told Quartz.


U.S. wheat futures tumbled on Friday to levels not seen since Russia's invasion of Ukraine in February disrupted flows from the Black Sea breadbasket region, pressured by a firmer U.S. dollar and rising global supplies from the northern hemisphere's harvest.
[size=98]By Karl Plume[/size]

CHICAGO, July 1 (Reuters) - U.S. wheat futures tumbled on Friday to levels not seen since Russia's invasion of Ukraine in February disrupted flows from the Black Sea breadbasket region, pressured by a firmer U.S. dollar and rising global supplies from the northern hemisphere's harvest.

Soybeans and corn retreated in tandem with wheat in risk-off trading ahead of the long U.S. Independence Day holiday weekend and worries about tepid demand and the broader economy.

High inflation and a rush by central banks to raise rates and stem the flow of cheap money has fueled sell-offs across markets, pressuring grains prices that had spiked to near record peaks following Russia's invasion. MKTS/GLOB

"The outside markets are certainly a factor, especially if you're talking about a Federal Reserve policy shift and a dollar that's exploding higher," said Mike Zuzolo, president of Global Commodity Analytics.

Benchmark Chicago wheat futures Wv1 have fallen nearly 40% from a peak in March as some grain shipments have begun to flow from Ukraine and as accelerating winter wheat harvests across the northern hemisphere bolster supplies.

"When the Ukraine issues started happening, we had to aggressively price-ration the old crop. ... Now that all this new-crop harvest is coming to market, we don't have to price ration so aggressively," said Craig Turner, senior ag broker at Daniels Trading.

They are also monitoring rain forecasts next week for drought-parched areas of the Midwest.