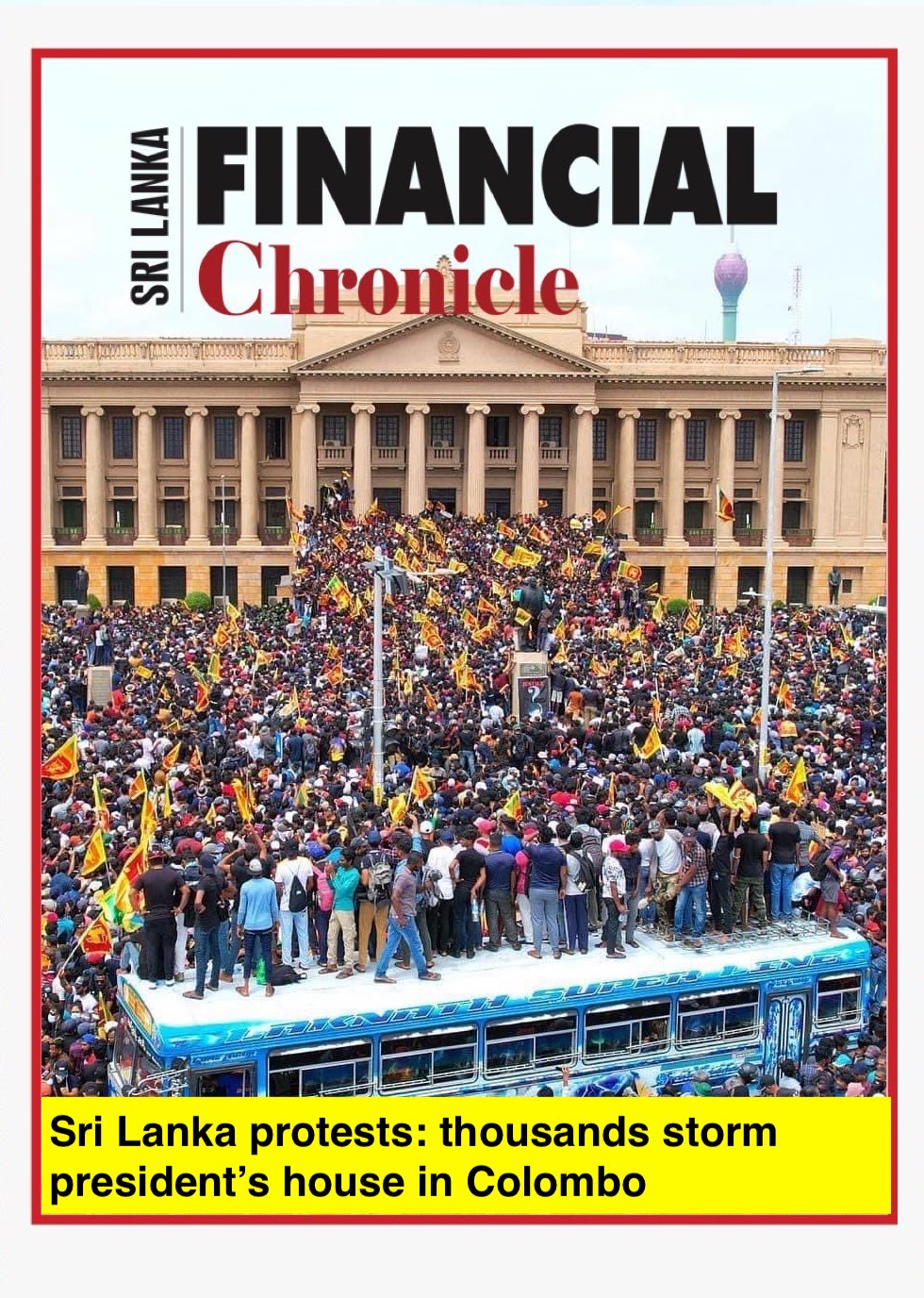 Thousands of protesters in the Sri Lankan city of Colombo have stormed the president’s residence and taken over his administrative offices amid growing calls for him to resign.

As the country continues to struggle through its worst economic crisis since independence, a large anti-government protest calling for President Gotabaya Rajapaksa to step down was arranged on Saturday, with people attending in their tens of thousands despite an ongoing fuel shortage making travel difficult.

Police used teargas and water cannon against the crowds in some places and shots were fired into the air. But as the crowds persisted and moved towards the president’s official residence, barricades were broken down and they stormed into the palatial property, many carrying Sri Lankan flags and shouting slogans.

Images from the scene showed protesters flooding up the grand staircase of the colonial-era building chanting calls for the president to go. There were scenes of merriment as some lay down on the beds and dozens jumped into the outdoor swimming pool and lay on the garden lawns.

According to the defence ministry, Rajapaksa had been relocated from the house on Friday and taken into military protection over concerns that the planned protest could escalate. His location was unknown on Saturday amid rumours he was fleeing the country.

The president’s office in Galle Face in Colombo was also taken over by thousands of demonstrators, who breached the security and barricades and stormed the building.

For months Galle Face has been the site of an anti-government protest camp, where people have been living in tents and refusing to move until Rajapaksa resigns.

At least 20 people, including police officers, were injured and hospitalised in Saturday’s protests.

Sri Lanka is continuing to struggle through a devastating crisis in which the economy has completely collapsed and the government is unable to afford to import food, fuel and medicines.

All sales of petrol have been suspended, schools have shut and medical procedures and surgeries are being delayed or cancelled over a shortage of drugs and equipment, with the UN recently warning the country is facing a humanitarian crisis.

Inflation is a record-breaking 54.6% and food prices have gone up fivefold, meaning two-thirds of the country are struggling to feed themselves.

Much of the blame and anger has been directed at the president and the Rajapaksa family, who are Sri Lanka’s most powerful political dynasty.

Mahinda Rajapaksa, a former president, was forced to step down as prime minister in May, as were three other family members who held senior cabinet posts. However, despite mass protests and enduring public calls for the president to resign, he has so far refused.

A caretaker prime minister, Ranil Wickremesinghe, was appointed in May by the president but he is also facing calls to resign over accusations that the situation has continued to worsen and he has helped prop up the Rajapaksa presidency.

After the storming of the president’s residence on Saturday, Wickremesinghe summoned an emergency meeting of all the political party leaders and called for the recalling of parliament.