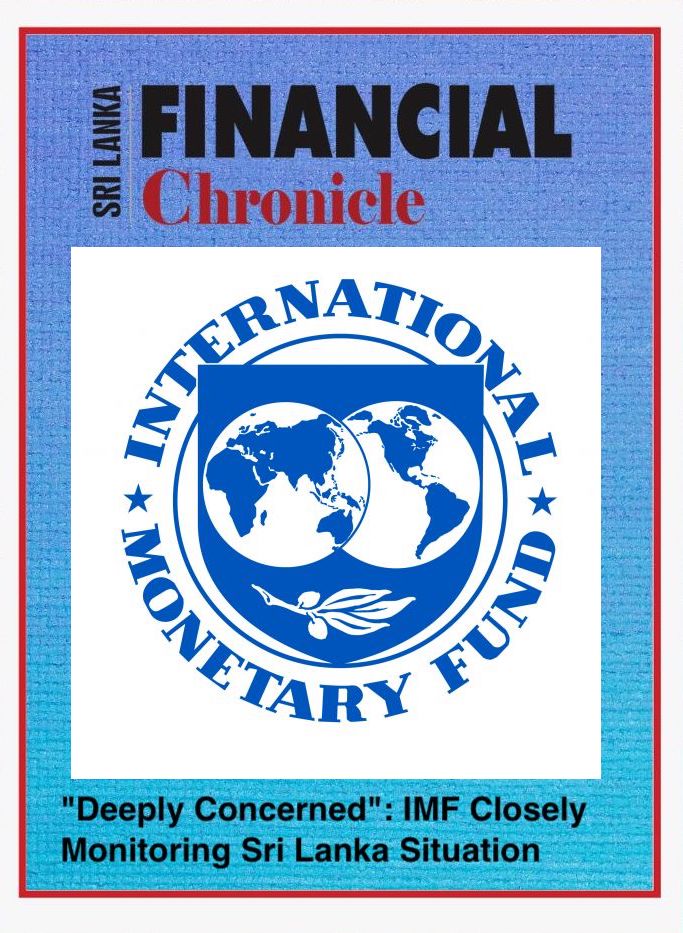 The IMF on Sunday said that it was closely monitoring the ongoing developments in Sri Lanka and hoped that the political crisis will be resolved soon to allow for the resumption of dialogue on an IMF-supported programme in the cash-starved country.

Thousands of irate anti-government protesters in Sri Lanka on Saturday barged into embattled President Gotabaya Rajapaksa's official residence in central Colombo's high-security Fort area after breaking the barricades, as they demanded his resignation over the island nation's worst economic crisis in recent memory.

The protesters also torched the private residence of Prime Minister Ranil Wickremesinghe even after he offered to resign.

The IMF has concluded a round of policy-level talks with Prime Minister Wickremesinghe who is also Finance Minister and there were some financial issues to be resolved. At the same time, Central Bank Governor Nandalal Weerasinghe said the monetary programme targets were wrapped up.

"We hope to resolve the current situation that will allow for the resumption of our dialogue on an IMF-supported programme, while we plan to continue technical discussions with our counterparts in the Ministry of Finance and Central Bank of Sri Lanka," Economy Next reported on Sunday.

An interim budget was also due in July or August.

Sri Lanka is going through the worst economic crisis since its independence from Britain in 1948 and needs to obtain at least USD 4 billion to tide over the acute shortage in foreign exchange reserves.

Speaker Mahinda Yapa Abeywardena told reporters on Saturday night that President Rajapaksa had agreed to step down on July 13. Prime Minister Wickremesinghe said he would resign as soon as an all-party government was ready to take over.

Sri Lanka's inflation topped 50 per cent in June after two years of money printing and an attempted float botched with a surrender requirement which sent the rupee sliding to 360 to the US dollar from 200.

"We are deeply concerned about the impact of the ongoing economic crisis on the people, particularly the poor and vulnerable groups, and reaffirm our commitment to support Sri Lanka at this difficult time, in line with the IMF's policies," the IMF statement said.